Another Attack On Oil Tankers

Another attack on oil tankers has energy markets moving modestly higher this morning, but the reaction seems to be muted thanks to a healthy dose of skepticism, along with a bearish IEA report.

It would be just as easy to say that oil prices are up nearly $1/barrel because DJIA futures up nearly 300 points this morning, thanks to fresh optimism over US/China trade talks. If anything the lack of reaction to the latest attack on oil shippers is a bigger story than the attack itself.

Details on the attack are scarce, with some reports suggesting it was rockets, others saying it was missiles. Considering that the reports are coming from Iranian officials, there seems to be more than a little skepticism, but at some point I wouldn’t be surprised to see prices rally as this event off the Saudi coast could be setting the stage for further Iranian retaliation.

The IEA reduced its global oil demand forecasts for 2019 and 2020 in its latest monthly report, and suggested that rising non-OPEC production should keep downward pressure on prices. The report also highlighted the impressive recovery of Saudi production after last month’s attacks, and suggested that the world now has “a big insurance policy” thanks to healthy inventories of oil. The lack of reaction to today’s news seems to be another sign of that policy in action.

Want another sign of the futures market’s lethargy? ULSD futures are trading higher for a 7th straight session, but are only up 7 cents total over that span. For a market that regularly sees that size of a price move in a single day, this lack of enthusiasm is notable.

California gasoline prices are still holding some 80 cents/gallon above most other US regions, but help appears to be on the way as the state fuel reports showed a large increase in refinery output last week. 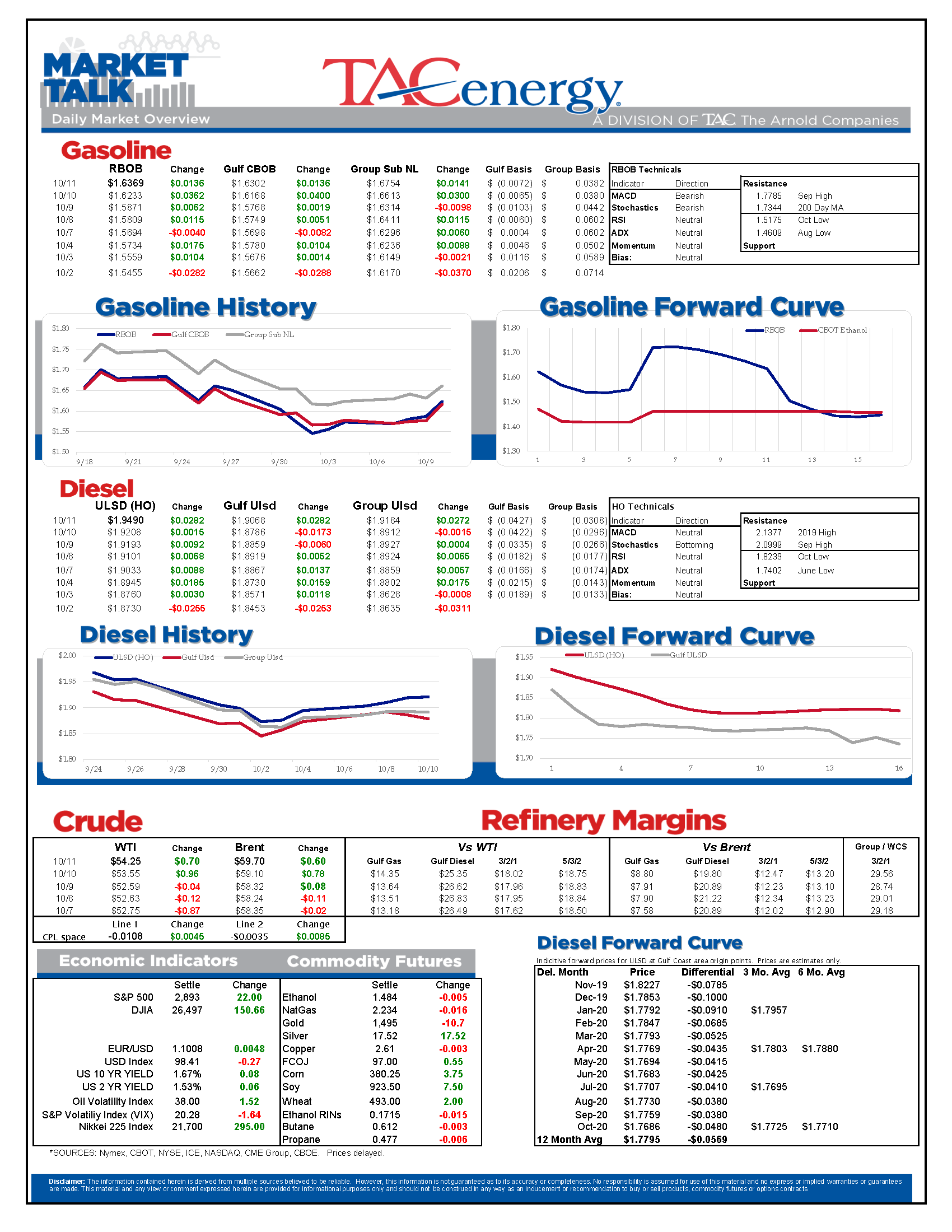