Are The Worst Demand Days Behind Us?

Energy prices are seeing a strong rally for a second day following some positive data points from the weekly inventory reports that suggest that the worst demand days are behind us.

While refiners seem to be up to the storage challenge, and are now increasing run rates as demand ticks higher, crude oil stocks are now within striking distance of all-time highs, suggesting we’ll have to see a larger drop in domestic production in the coming weeks. Based on industry data, it seems as though the actual drop in crude oil production may be much larger than the DOE’s estimates have shown thus far.

Today is the last trading day for May RBOB and ULSD. The May RBOB contract hit its highest level of the month this morning, setting up an important technical test. If RBOB can hold above the $0.77 range, the charts show an open path back north of $1 in May, but if they fail, this recent optimism will look fickle.

It’s a busy week for Q1 earnings releases, offering a glimpse into the pain felt by oil producers and refiners. The major themes are large losses driven by inventory write downs, based on end-of-March valuations, while operating incomes are expected to get worse in the coming quarter as the Corona shock-wave didn’t hit until the back half of the first quarter. 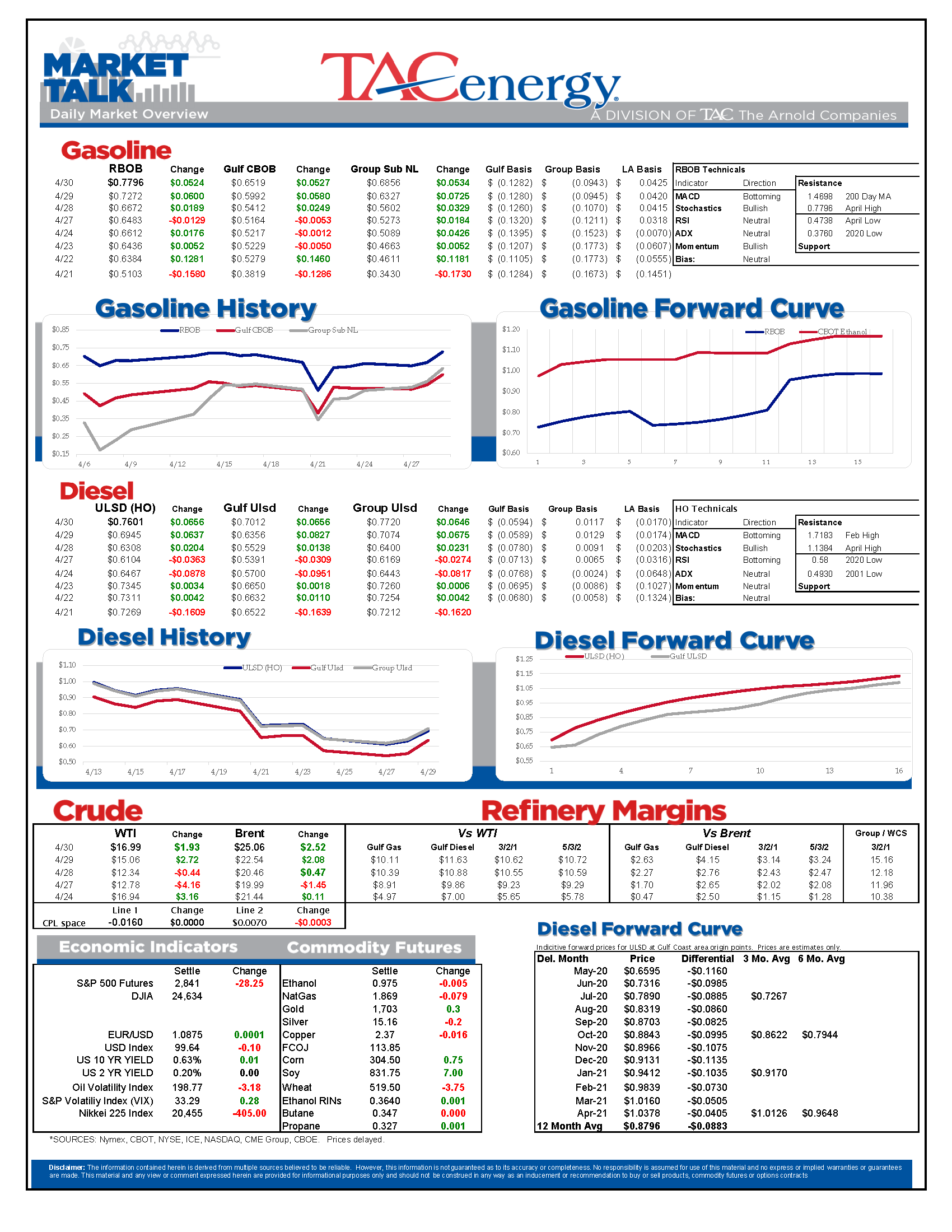 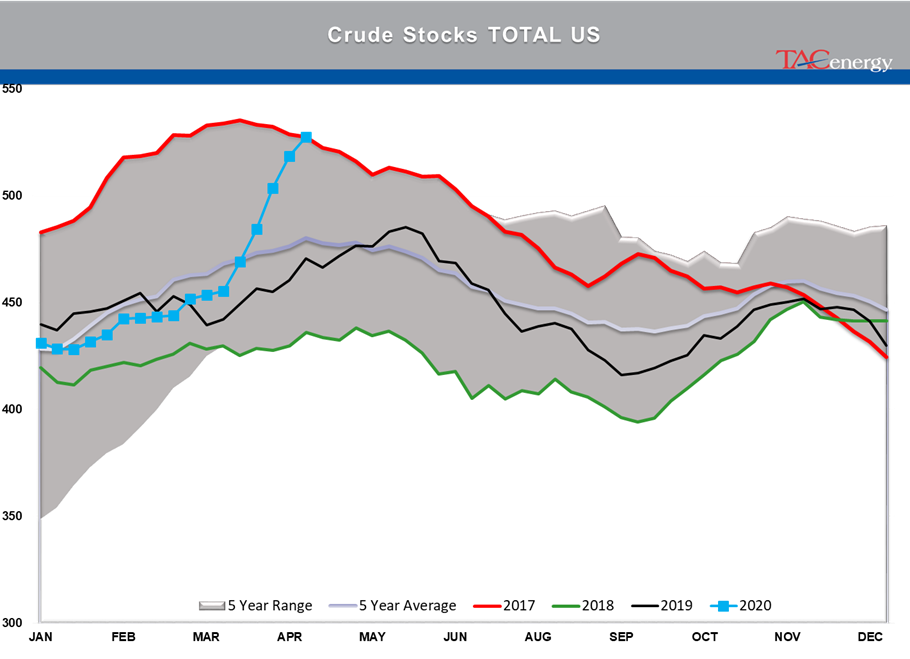 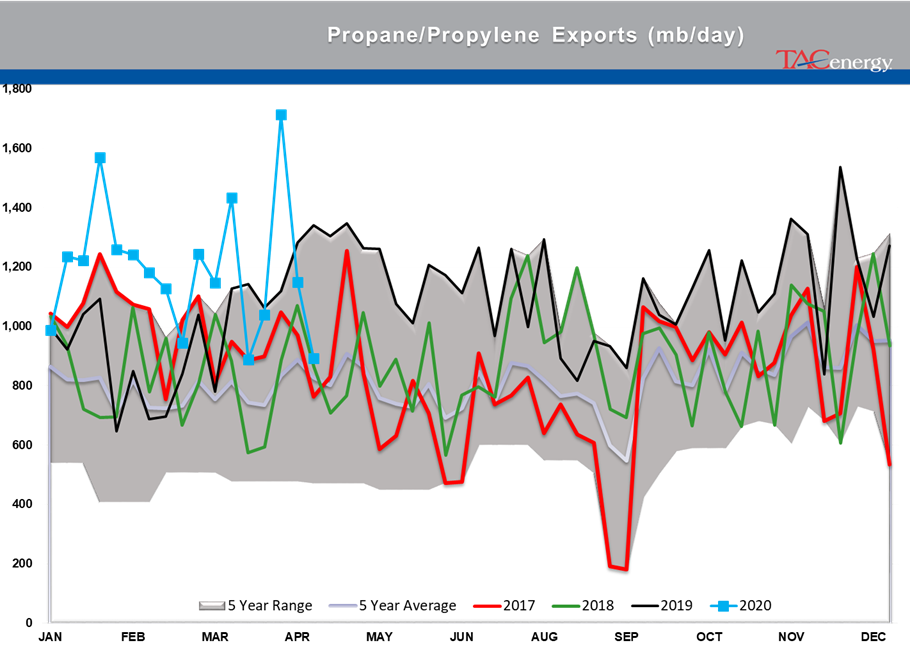