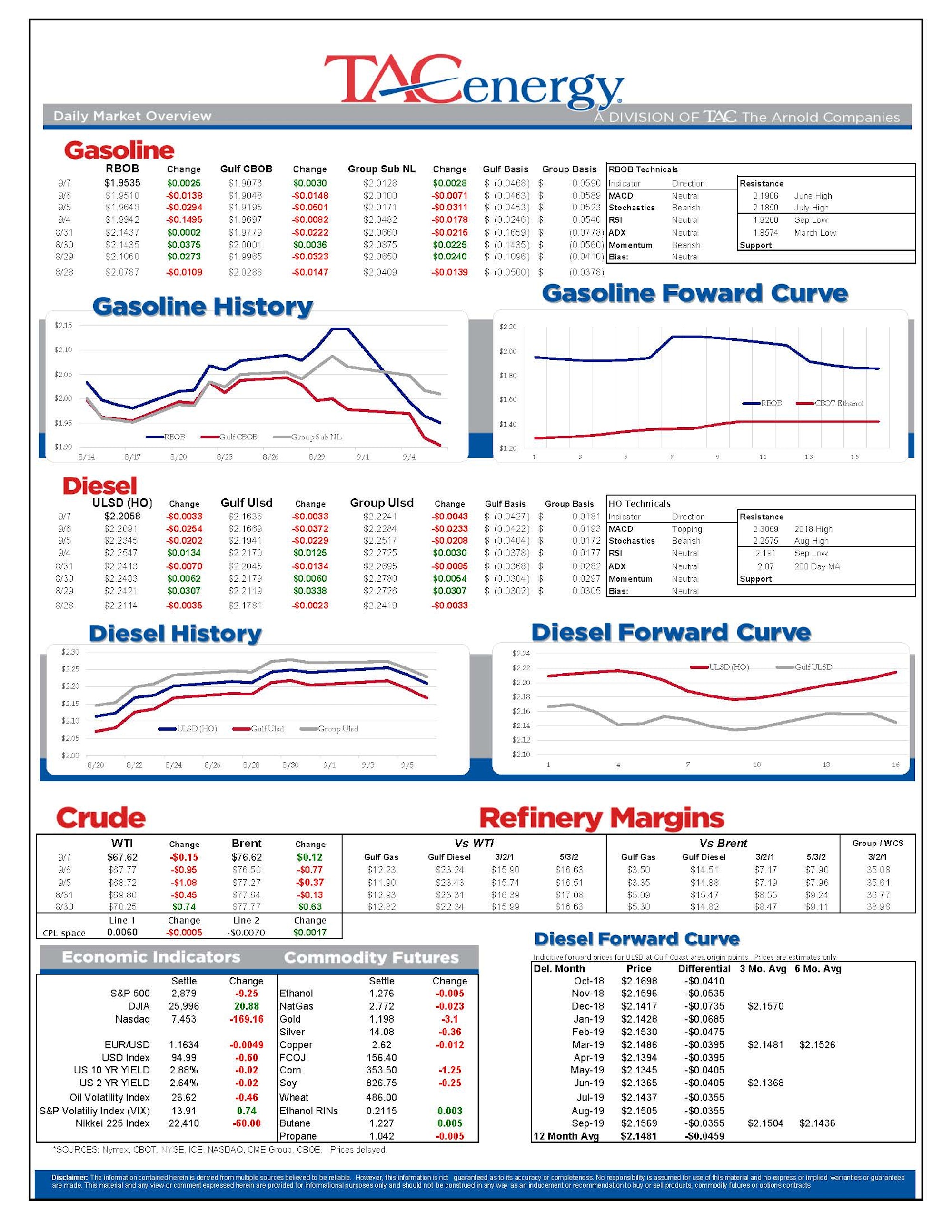 Energy prices have stabilized in the past 18 hours after bearish bullet points from the DOE pushed prices to the edge of a technical breakdown. The Weather Channel seems to have taken over for CNBC in market-moving news for energy traders, and with 3 storms lined up in the Atlantic, it looks like that may last another week.

RBOB gasoline futures dropped 14 cents from Tuesday’s high to reach their lowest levels since March at $1.92, but have managed to bounce by nearly a nickel since the post-DOE selloff as forecasts for Florence show an increased threat to the East Coast. Oil & diesel prices had similar moves, with WTI bottoming out at $67, Brent at $75 and $2.19 for ULSD

Forecasting models are still literally all over the place with Florence’s path with some tracks as far south as central Florida into the Gulf Coast, while others have the storm heading straight for the New York Harbor. On average, the tracks have shifted further south & west from yesterday afternoon, with a potential landfall around the Carolinas now looking more likely. With so much uncertainty in the forecasts, the reality is we just won’t know until Sunday if the storm will make a turn north and create a more clear path for next week.

Meanwhile, the other 2 storm systems moving off the African coast are given a strong probability of developing by the National Hurricane Center.

The August Jobs report had an estimate of 201,000 new jobs added during the month, while the U-6 unemployment rate dropped to 7.4% and the headline unemployment rate held steady at 3.9%. Stock and energy prices dipped slightly following the report, but have since stabilized. One point to watch, average hourly earnings ticked up for their highest annual increase in years, as the wage inflation that had seemed inevitable for so long finally showed up in the numbers.