A bearish trio of fundamental, technical and trade factors are hammering energy prices, with most futures down another 2% this morning, marking 5-6% losses on the week, and 12-14% losses for the month.

The DOE inventory report got the selling started in earnest Thursday morning, as US crude output regained its all-time high at 12.3 million barrels/day, and inventories held steady even though oil exports once again surpassed 3 million barrels/day last week. To put that in perspective, all else being equal, if the US wasn’t allowed to export crude oil as in year’s past, inventories would have climbed by more than 21 million barrels in a week.

Gasoline demand figures were also disappointing, holding below their seasonal 5 year average for a 3rd straight week just in time for refinery runs to start increasing across all 5 PADDs. Reports that the Ozark pipeline which feeds Midwestern refineries was back online after a brief storm-induced shutdown added to the negative sentiment for products. The good news for refiners was the distillate demand rebounded sharply last week after a dismal 2 month stretch of below-average estimates.

If the DOE stats weren’t enough, a report that the US would allow countries to continue buying Iranian oil until they’d reached a negotiated limit seemed to also contribute to the tidal wave of selling Thursday afternoon, and no one seemed to notice when that report was rejected later in the evening.

Unlike Thursday’s collapse, this morning’s heavy selling seems to be tumbling stock markets that were shocked by the latest tariff threat, this time levied against Mexico, the United States’ largest trading partner, just as the new version of NAFTA was ready to be ratified. IF Mexico chooses to retaliate, it could be bearish for refined products as the US has been steadily exporting more fuel south, whereas in years past this could be bullish for prices when the US relied more on Mexican oil.

In addition to the tariff surprise, there’s a strong technical argument for the selling today after support layers broke in Thursday’s session, creating a snowball effect to the downside. It seems likely given the size of the move this week and the volumes traded that we’re witnessing a liquidation event for a good portion of the speculative longs that have built up so far in 2019.

So, where to from here? We are nearing some new layers of technical support that helped hold up prices last winter, so it would not be surprising to see the selling end – or at least take a break – right around current levels. Then again, if we are witnessing another mass liquidation of speculative funds, those sell-offs tend to overshoot, which could mean we see another $5 taken out of crude and 20 cents or more taken out of products in June. 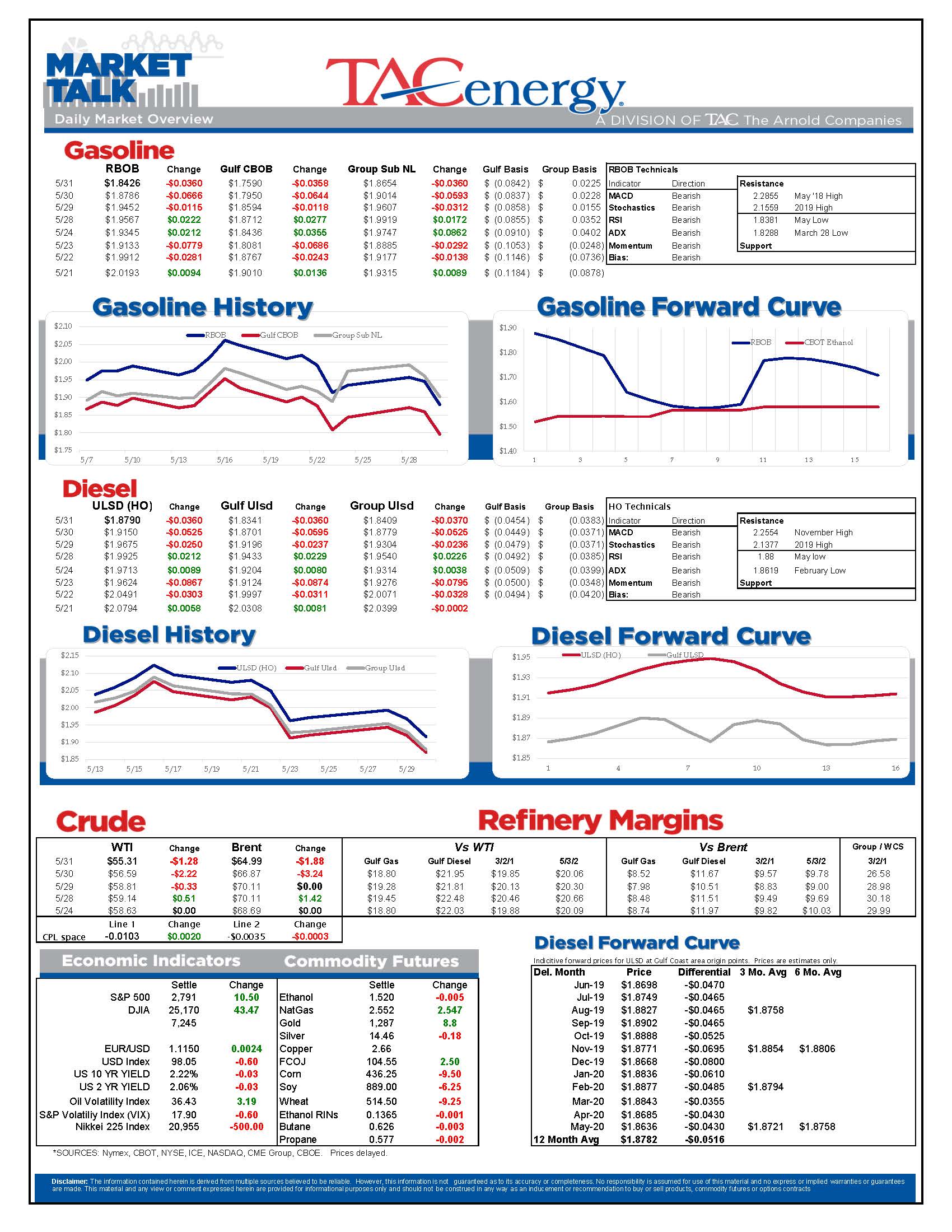 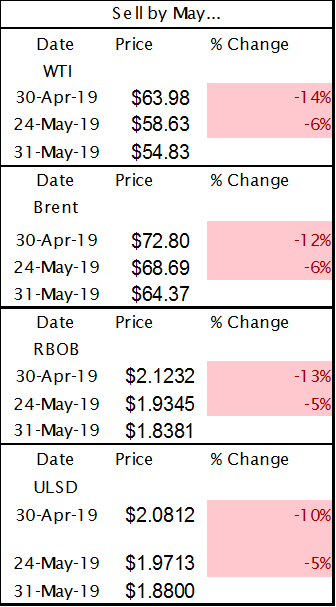 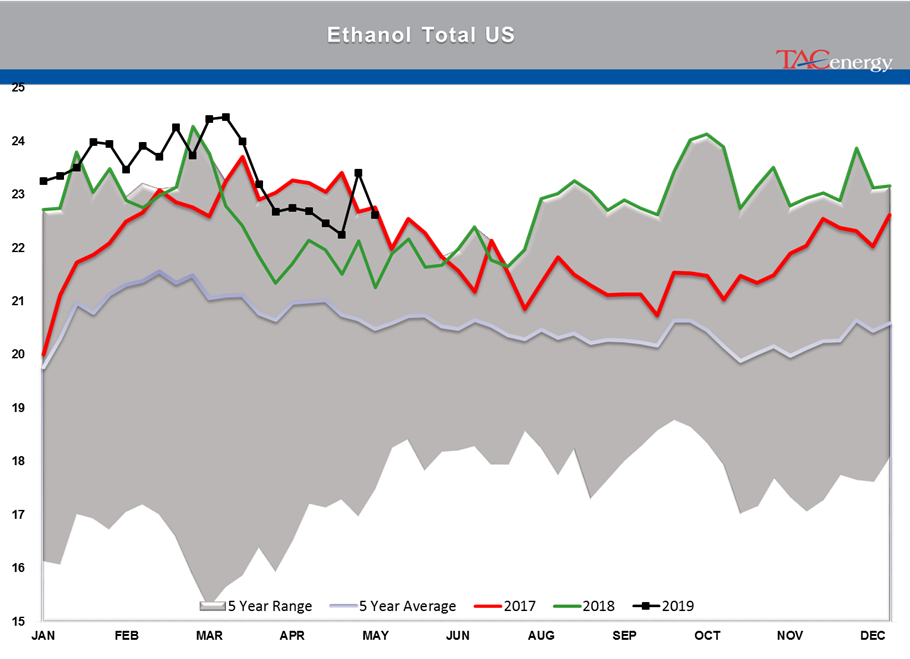