Bleeding Has Stopped For Energy Prices

The bleeding has stopped for energy prices, temporarily at least, after another DOE-inspired tidal wave of selling knocked prices to fresh multi-month lows Wednesday. If the tentative early gains can hold, it would snap a 6-day losing streak for gasoline futures that have wiped out more than 25 cents/gallon. (As I was about to hit send, the 2 cent gains from 30 minutes ago have turned into losses, which suggests it’s too soon to declare an end to the meltdown.)

Stock markets seem to be happy that negotiations are underway between US & Mexican representatives in an effort to avoid another tariff battle. Although energy and equity prices have detached from one another recently, those discussions could have direct impacts on US refiners who are weighing in to try and avoid paying more for imported crude, and for exported products should a retaliatory tax battle break out.

Diesel demand remains dismal with last week’s estimate from the DOE marking the lowest level for May in the past 7 years.

Gasoline stocks continued to build, led by the largest weekly increase in PADD 5 (West Coast) inventories in more than 20 years. The past 3 weeks have seen PADD 5 gas stocks move from below their 5 year seasonal range to the top end of it as record imports flooded the market to take advantage of the high prices created in the wake of numerous unplanned refinery issues. Based on the industry’s uncanny knack for over-healing its wounds, it would not be surprising to continue to see builds in the coming weeks even though supplies are now ample.

You know a market is bearish when…one of the country’s largest refineries reports operational issues due to storms and prices barely flinch.

The heavy rains sweeping across the country continues to threaten many states already fighting flood waters. Reports Wednesday indicated that Exxon was facing multiple unit shutdowns at its Baytown TX plant, one of the country’s largest refineries. Gulf coast gasoline and basis values moved modestly higher on the day, and it did not seem to move the needle in futures markets, but it’s another reminder that we’re starting off the hurricane season with refineries in an unusually vulnerable spot due to the spring rains. 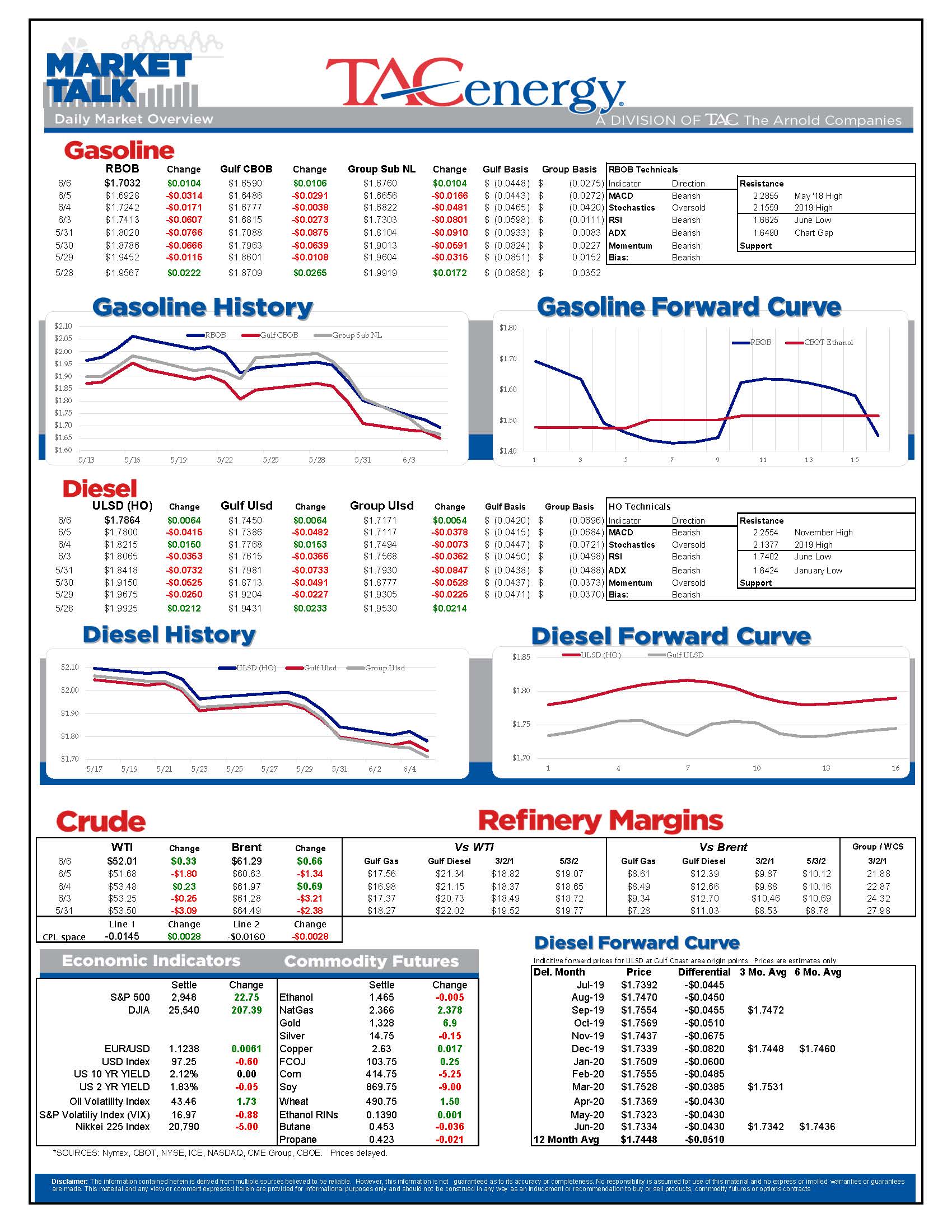 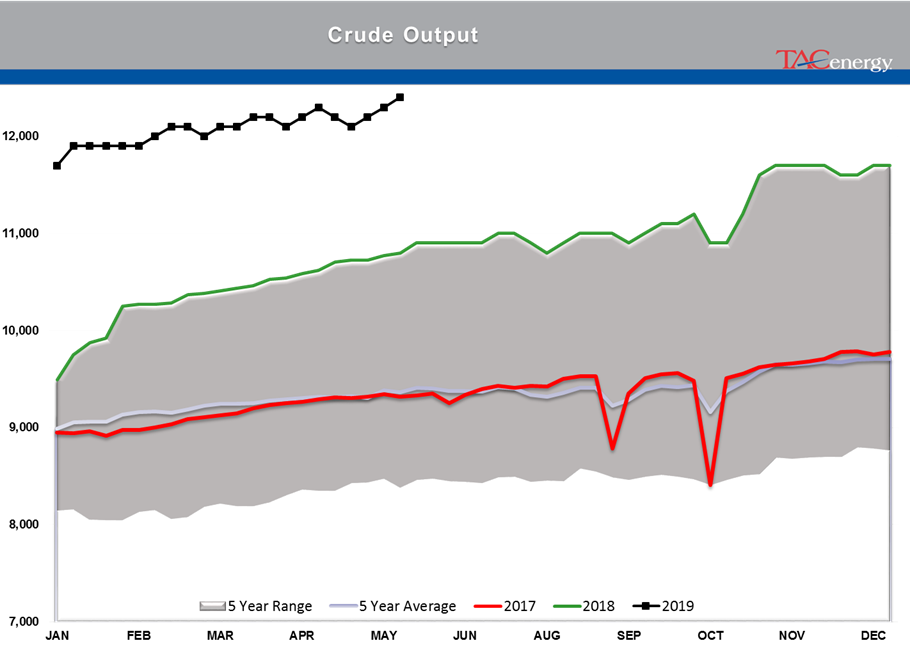 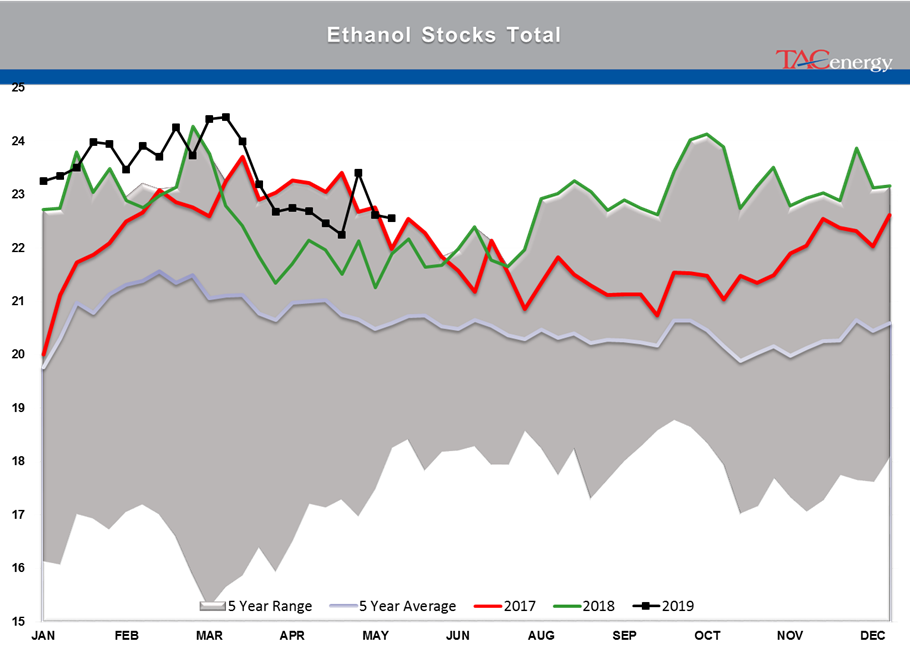