Crude oils benchmarks are leading the energy complex lower this morning on news that a trade agreement between US and China has been delayed. Brent and WTI futures are down just over $1 per barrel while American gas and diesel prompt month contracts are down around 2.5 cents per gallon.

Some new tropical disturbances have popped up over the weekend but none of them are likely to make landfall on the American mainland in the next week. Tropical storm Melissa, named late last week off the northern east coast, is forecasted dissipate in the Atlantic over the next few days. Attention will be directed to the system just off of the African West coast which has an 80% chance of organizing into a tropical storm over the next couple days. Another system looking to make its way across the Yucatan Peninsula this week has a low probability of organizing before reaching the southern Texas coast.

Concern over the tanker drama in the Middle Eastern waterways has cooled today despite Iran’s claims that missiles were used to attack one of the country’s oil transports on Friday. Oil demand growth estimate cuts by OPEC and IEA seem to be taking a front seat ahead of fears that international tensions overseas could lead to outright conflict.

Money managers seem to be taking a risk-off approach to oil prices last week, dropping their net position further into seasonal lows. Net positions in gasoline and diesel dropped in kind but to less dramatic levels. 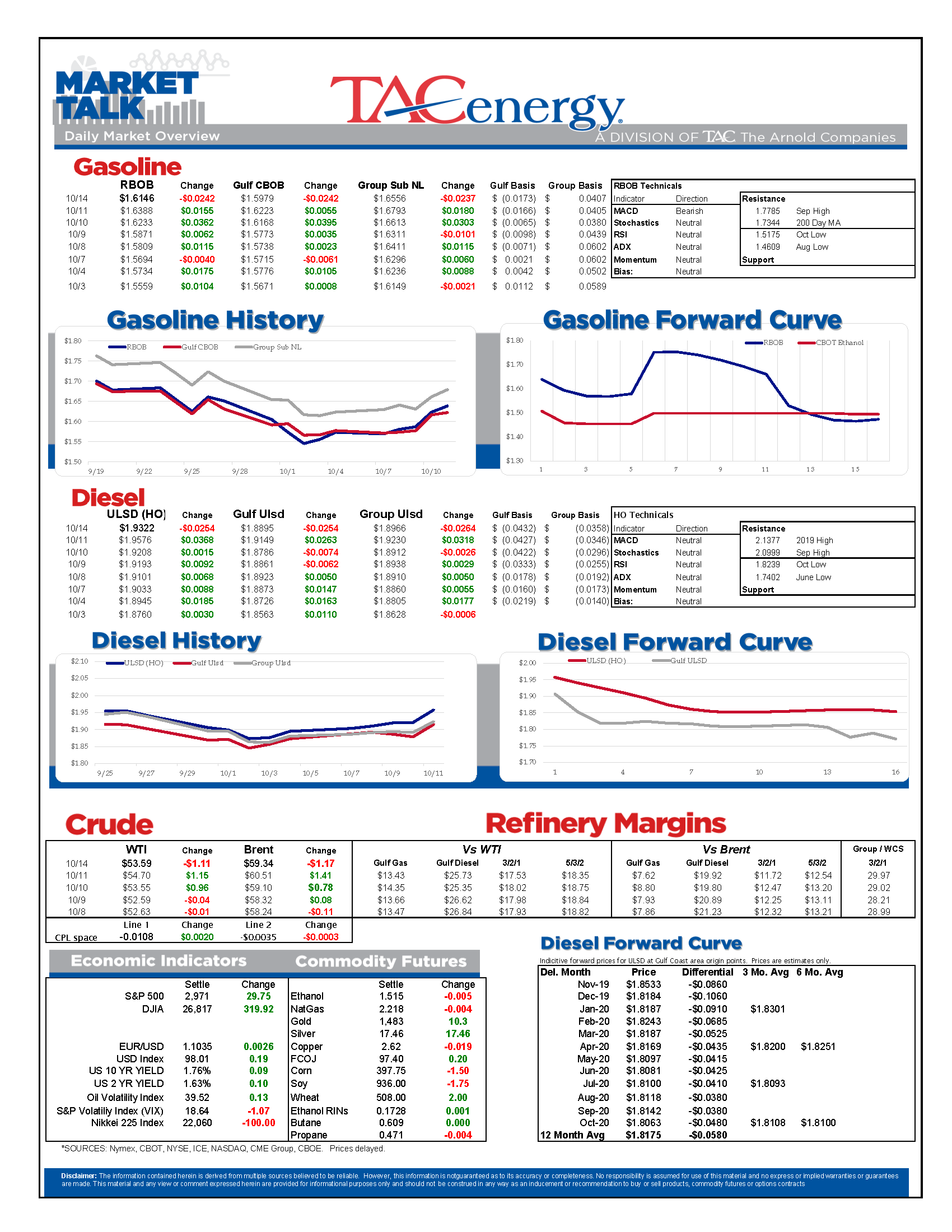 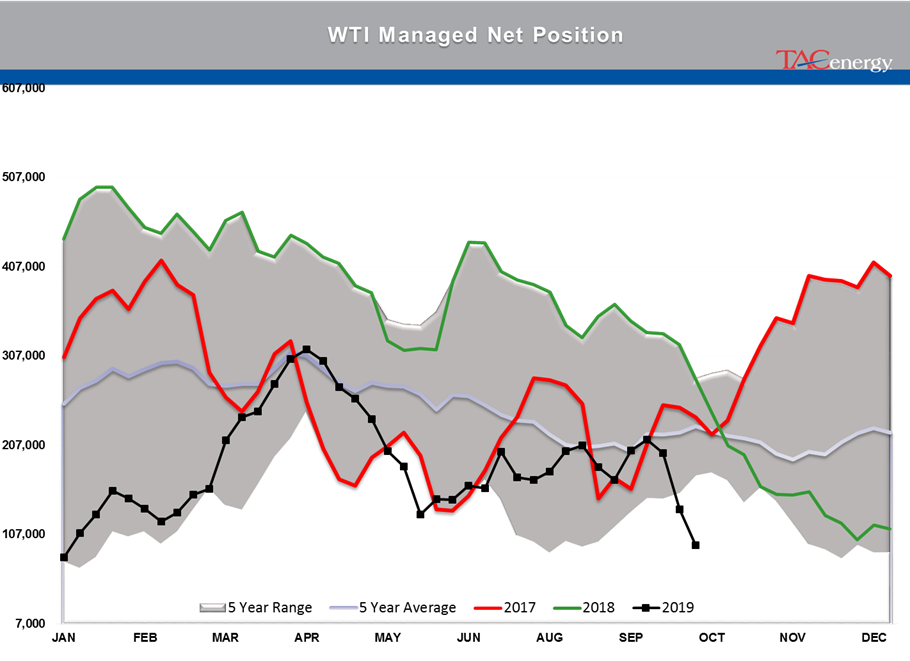 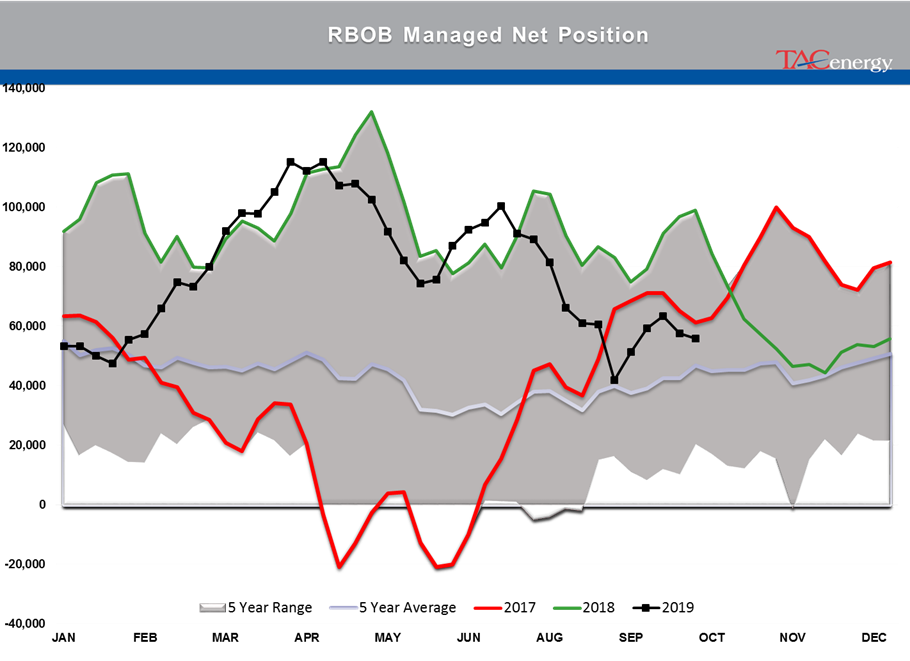