Demand fears appear to be stronger than supply fears this week as energy prices stagnate even though it appears that the Iranian military has been placing bombs on oil tankers near the world’s most important shipping lane. The 2nd week of each month brings a data deluge as various global agencies publish their monthly reports, and this week’s theme was that oil demand is softening, and that appears to have kept buyers on the sidelines despite the drama playing out in the Gulf of Oman.

The battle of words between the US & Iran appears to be staying just that, which is a great relief for many – not just energy consumers – even as video evidence suggests a clear link to Iranian forces and yesterday’s tanker attacks. That lack of escalation – coupled with ongoing demand worries – tempered the market reaction to the attacks, with the big 4 petroleum contracts all still holding losses for the week. I would not be surprised to see a price rally this afternoon however as traders tend not to like being short heading into a weekend with this type of geopolitical tension looming.

The IEA’s monthly oil report was the third this week to note the negative effects of various trade issues on global oil demand. The report that demand growth in the first quarter grew at the slowest rate since the financial crisis, offsetting ongoing supply issues in Iran, Venezuela, Libya etc. While global demand continues to grow, OECD nations are seeing a decline in oil demand, with a petrochemical slowdown in Europe and “tepid” gasoline & diesel demand in the US both cited. The other particularly relevant point made in the monthly report was that the benefit of OPEC supply cuts is that it also increases the world’s spare production capacity.

With US production capabilities soaring, the total global spare oil production capacity may be at levels we haven’t seen in decades, and certainly appears to be acting as a speed bump for prices considering how they’ve barely moved even though the world’s most strategic waterway has hosted numerous ship attacks in the past 2 months.

The EIA reported yesterday that US crude imports from OPEC members dropped to a 30-year low in March.

The Dallas FED’s June energy indicator report showed that support activities for mining operations in Texas have fallen sharply as rig counts have dropped in the past few months. Like the monthly reports from the EIA, OPEC and IEA, this report also noted a slowdown in oil consumption across developed nations.

While petroleum prices are stagnating, corn and ethanol prices have reached multi-year highs this week as more heavy rain is forecast across the mid-continent, threatening to take this year’s crop progress from bad to worse. 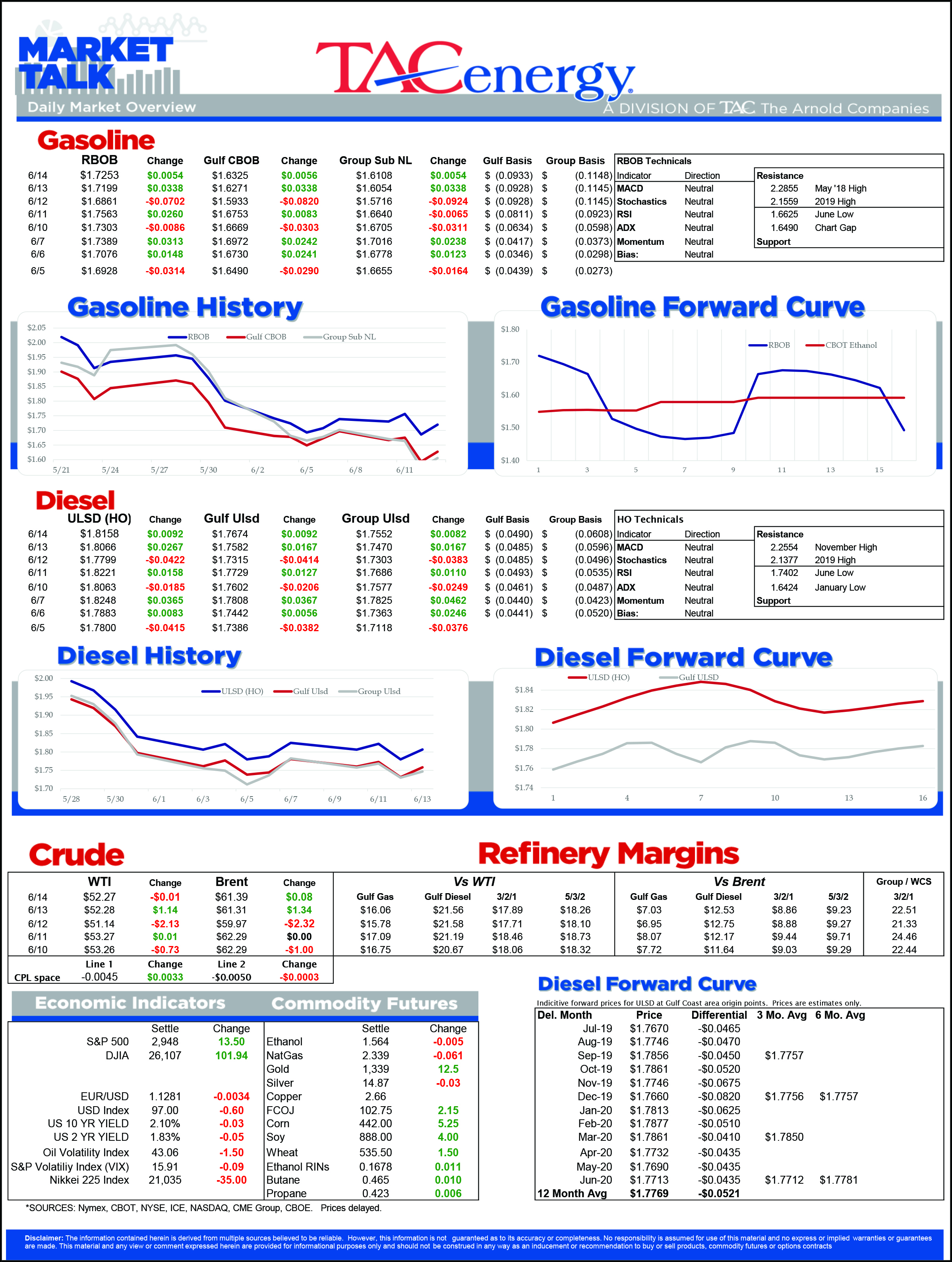 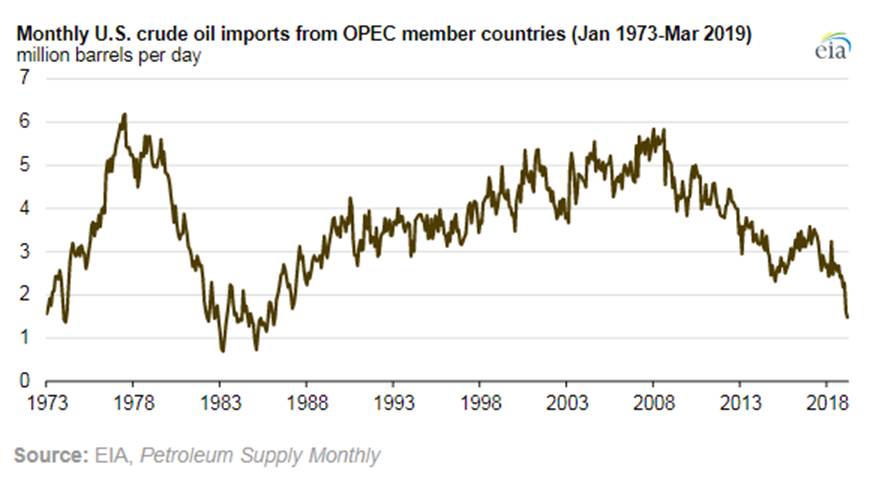 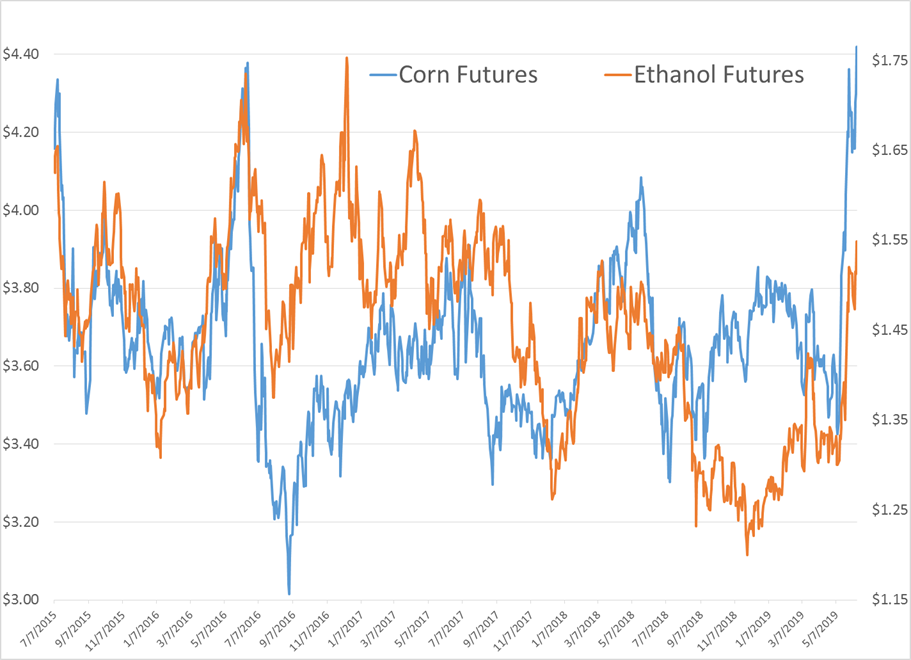