Don't Fall For The Head-Fake

Once again energy futures are starting the day on a softer note, after reaching new highs for the year in the past 24 hours. A stronger dollar and a weak start for US stock markets are both getting credit for the early move lower. Even with the early sell-off, it’s shaping up a third consecutive strong week for the energy prices, as the spring break rally continues with gasoline embracing its traditional role leading the rest of the complex higher early in the year.

Don’t fall for the head-fake: RBOB gasoline futures are trading lower again this morning, after reaching a fresh high for the year overnight. In each of the past 5 trading days gasoline futures have dropped, only to recover and settle higher by the end of the day. The rash of refinery issues from the East Coast to the West continue to push basis values well above year-ago levels, adding to the strength in futures, with several cash markets now trading 60 cents higher than they were less than 2 months ago.

Speaking of refinery issues: A Bloomberg article proves once again how the old networks that traders have relied on for years for refinery information are obsolete as now you can just track workers phones to know when there’s an issue.

The impact of Midwestern flooding continues to grow as more than 10% of US ethanol production is offline, and rail traffic has been hamstrung as roads and lines were washed out across the region. Estimates are the disruptions will last at least another few weeks, with most issues reported in the SW US due to limitations on alternate supplies or transportation routes.

Here’s the head scratcher of the week. While oil and gasoline prices are reaching multi-month highs, diesel prices are dropping. This is despite ULSD having the strongest fundamental argument of all the petroleum contracts with inventories below average levels, demand running strong and a game-changing spec change looming at year end. 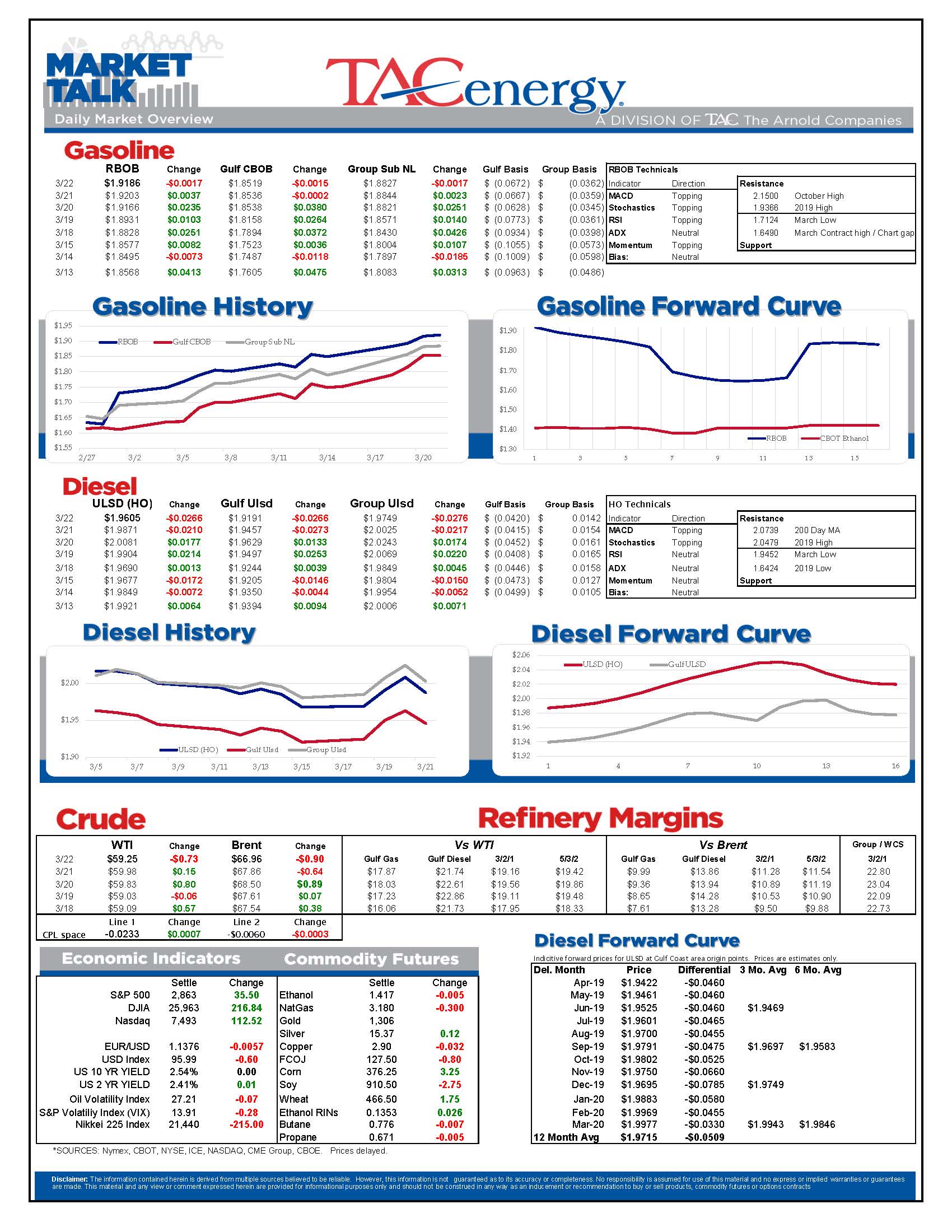 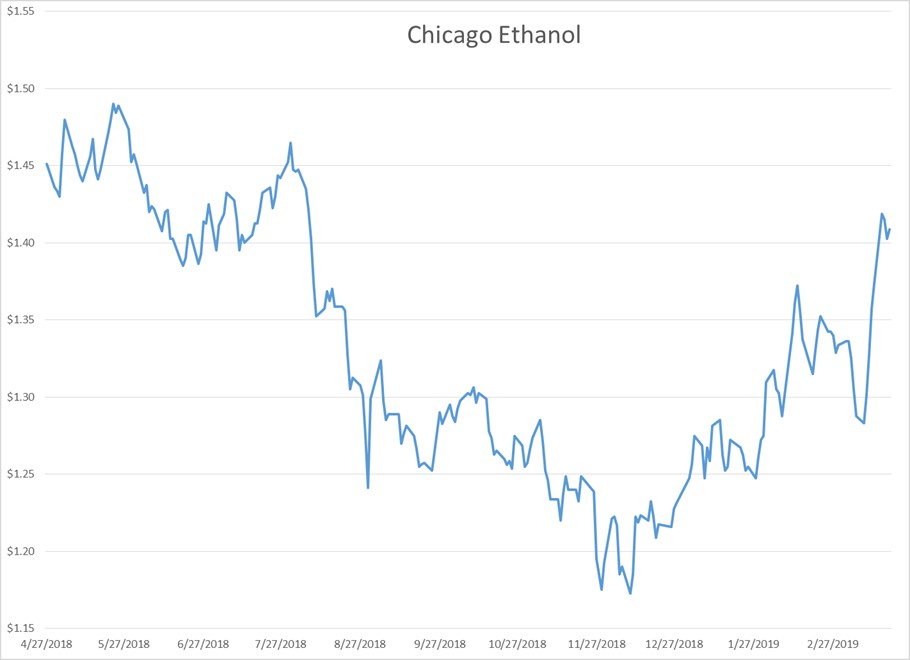 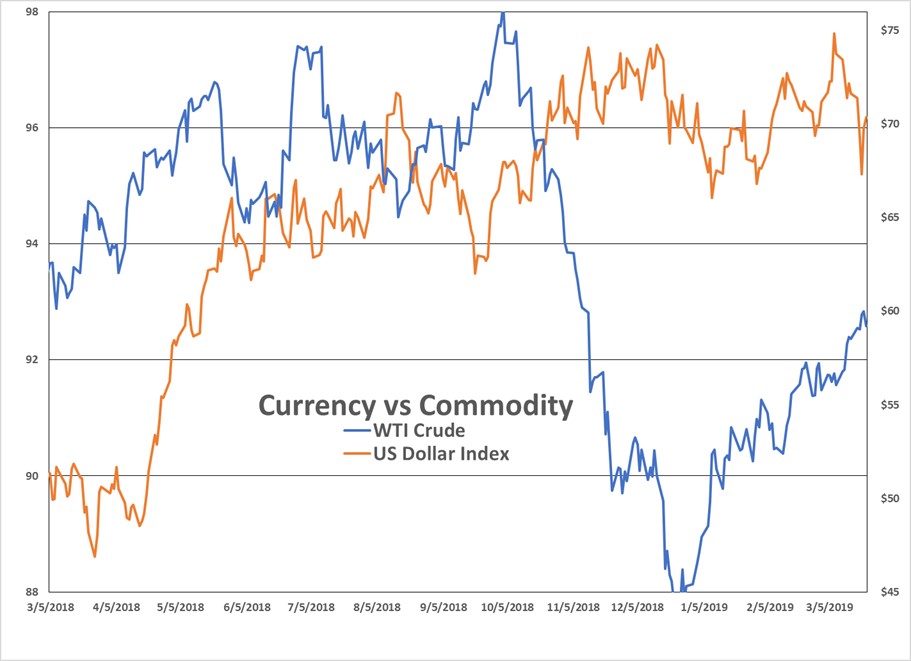