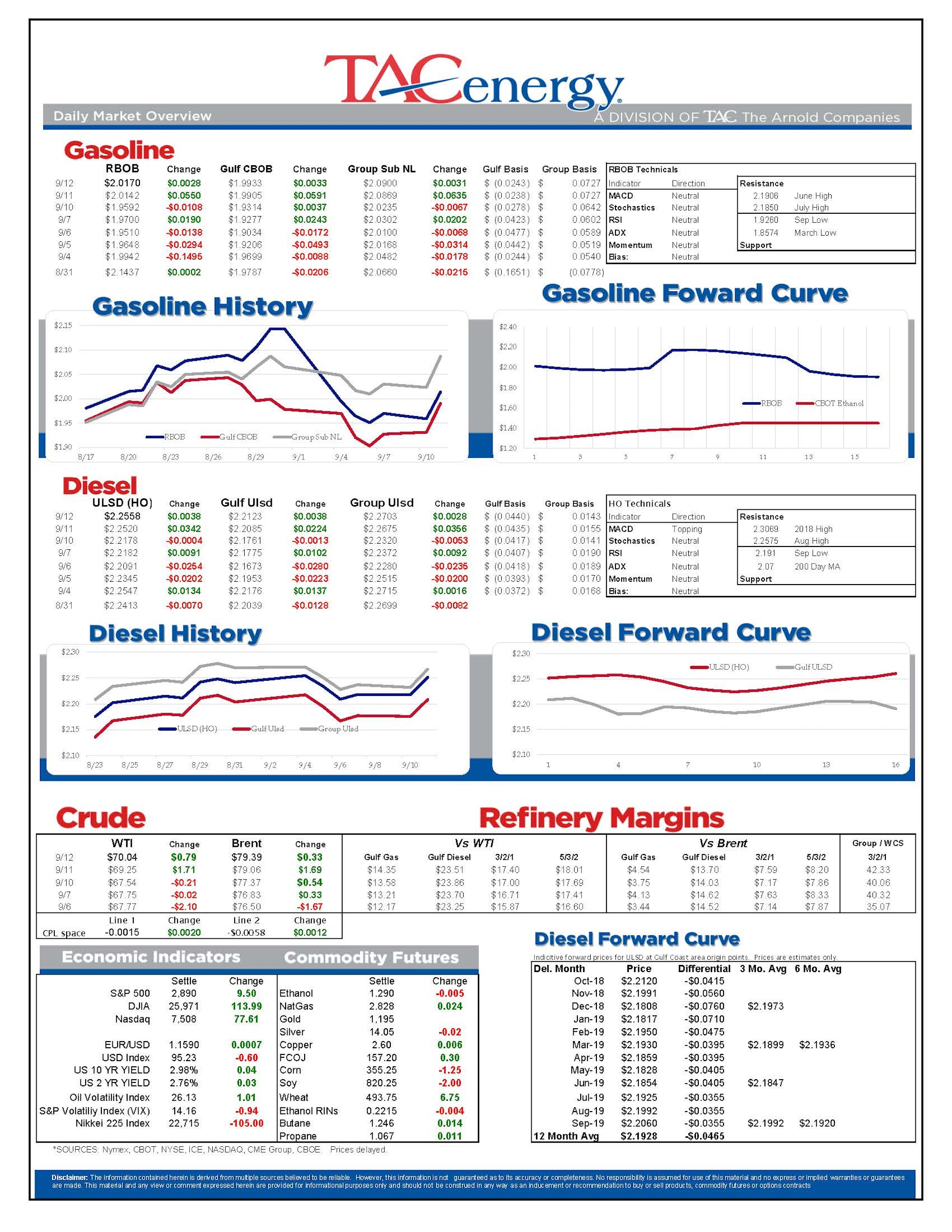 Drop In US Inventories Combined With Global Supply Concerns

A drop in US inventories combined with global supply concerns and what looks to be a bit of panic buying ahead of Hurricane Florence to push energy futures sharply higher in the past 24 hours. WTI has broken back above the $70 and Brent is threatening $80

While the estimates for damage along the Carolina coast is reaching record levels as Florence approaches, as long as the pipelines can continue to operate on a somewhat-normal basis, this storm should not create widespread shortages of refined fuels. The bigger challenges at this time appear to be a coming lack of power, trucks & clear, dry roads.

Most terminals in the region (represented as triangles in the DOE’s disruption map screenshotted below) have announced plans to close operations sometime Thursday ahead of the storm, and will plan to re-open as soon as it’s safe to do so. Waterborne terminals are a bigger question mark than the inland pipeline-fed locations as we’ll have to wait and see what damage may be done by the storm, and how soon vessel traffic can begin operating normally again.

While most attention is focused on the East Coast, there are still concerns about a potential storm developing in the Gulf of Mexico in the next few days, along with Isaac as it makes its way through the Caribbean. With Corpus Christi and Houston already facing flash flooding from thunderstorms, there is a risk (albeit nothing like we saw a year ago) that some disruptions to the US refining center could happen in the next couple of weeks.

The EIA is estimating that the US has taken back the title of the world’s largest oil producer in a note released this morning coinciding with its most recent Short Term Energy Outlook released yesterday.