The energy complex finished mixed yesterday after a lackluster inventory report from the DOE. Crude oil stocks drew down just under 3 million barrels last week, about half a million barrels less than the API’s estimate. Diesel stocks rose over 2.5 million barrels and gasoline levels bumped by +300k barrels. Prices seemed to react the opposite as expected given the headline values with Crude oil losing about 50 cents on the day, RBOB and HO adding $.0127 and $.0030 per gallon respectively.

The Tanker Saga™ continues: after British forces in Gibraltar released an Iranian tanker earlier last week, reports had the transport headed to Syria via Greece, much to Washington’s chagrin. Military action seems to be halted as of now as Greece reports it will not help the tanker reach its intended destination, and ultimately assist the Iran Revolutionary Guard, easing tensions in the area.

Atlantic cyclone Chantal was downgraded to a tropical depression overnight and does not pose any threat of landfall at this time. While meteorologists only anticipate rough seas resulting from the latest named storm, attention now shifts to the Atlantic basin as a whole, ripe with warm water ready for tropical development, as we head into peak hurricane season.

If all the headlines about the persistence of an oil supply glut aren’t convincing enough, the Department of Energy announced yesterday that it will be selling 10 million barrels of crude oil out of the Strategic Petroleum Reserve by the end of August. While the liquidation is part of a mandatory sales program, set to sell 260 million barrels through 2027, the news seems to fall in line with multiple recent reports suggesting the world’s got too much oil going into 2020. It will be interesting to see how energy economics react, given its history of correction and even over-correction, as crude oil bulls (read OPEC), continue their push for higher prices. While that seems like a hopeless cause for the cartel, climate activists might lend an inadvertent hand in their cause. 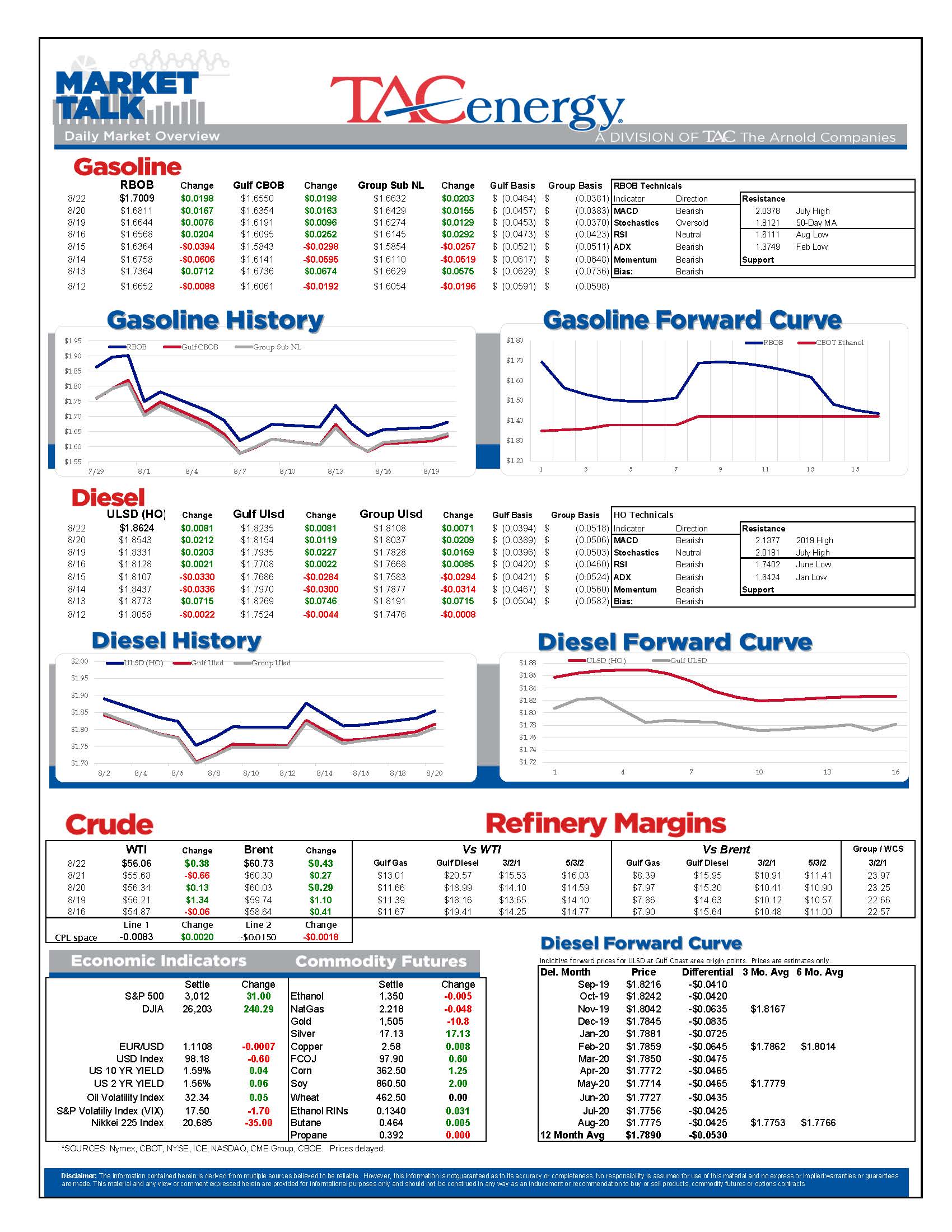 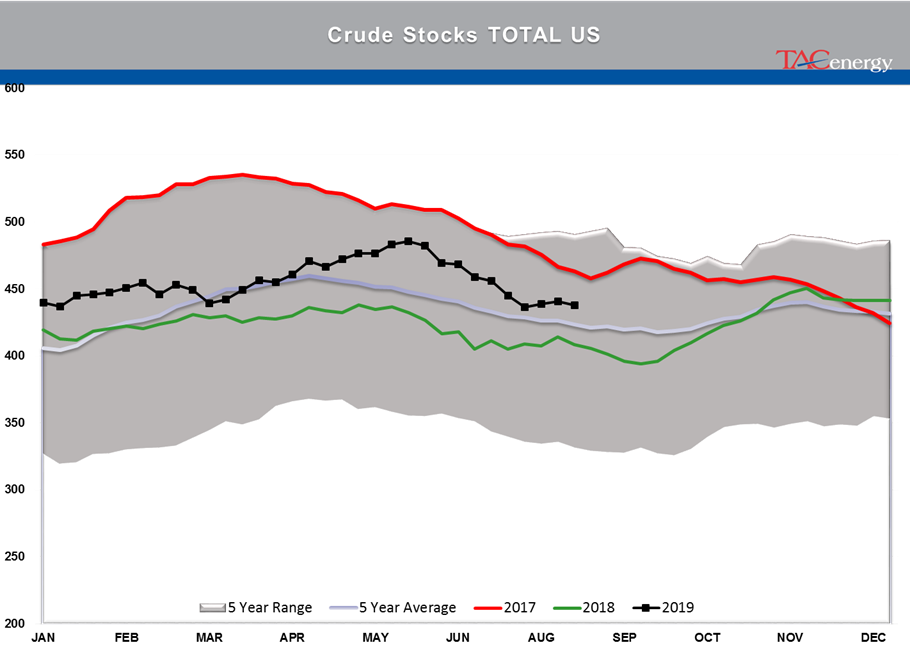