Energy Complex Pulling Back After Week Of Heavy Buying

The energy complex is pulling back today after a week of heavy buying. Profit takers are being blamed for the downward action seen in oil prices this morning but the US crude benchmark is on track for a ~4% gain on the week. It’s a similar story for heating oil futures, up just over 3% on the week, but gasoline prices are just about flat since Monday as traders position themselves ahead of the expiration of the summer-grade September futures contract.

The cone is shrinking: Hurricane Dorian’s projected path is focusing on the southern half of Florida’s east coast. It is still projected to make landfall as a category 3 storm, classified by sustained wind speeds of 111-129 miles per hour, sometime early Tuesday morning. The governor of Florida initially declared a state of emergency for 26 counties ahead of the storm, then revised it for the entire state’s 67 counties as heavy rainfall could be widespread.

Discretionary spending is likely to receive a bit of a boost this weekend. Gas prices at the pump are about 9% lower than they were this time last year due to slightly lower consumption and strong inventory levels. 2019 is also projected to be one of the busiest driving years since 1970 with miles driven expected to be over 3 trillion nationwide.

Positive sentiment surrounding trade talks between US and China, paired with this week’s bullish inventory report from the Department of Energy, has paved the way for higher short-term oil prices. Numerous technical resistance levels were blown through this week, leaving the door open for WTI futures to make a run at $60. The charts have a speed bump around $58 but, as we saw this week, positive headlines can make short work of chart signals. 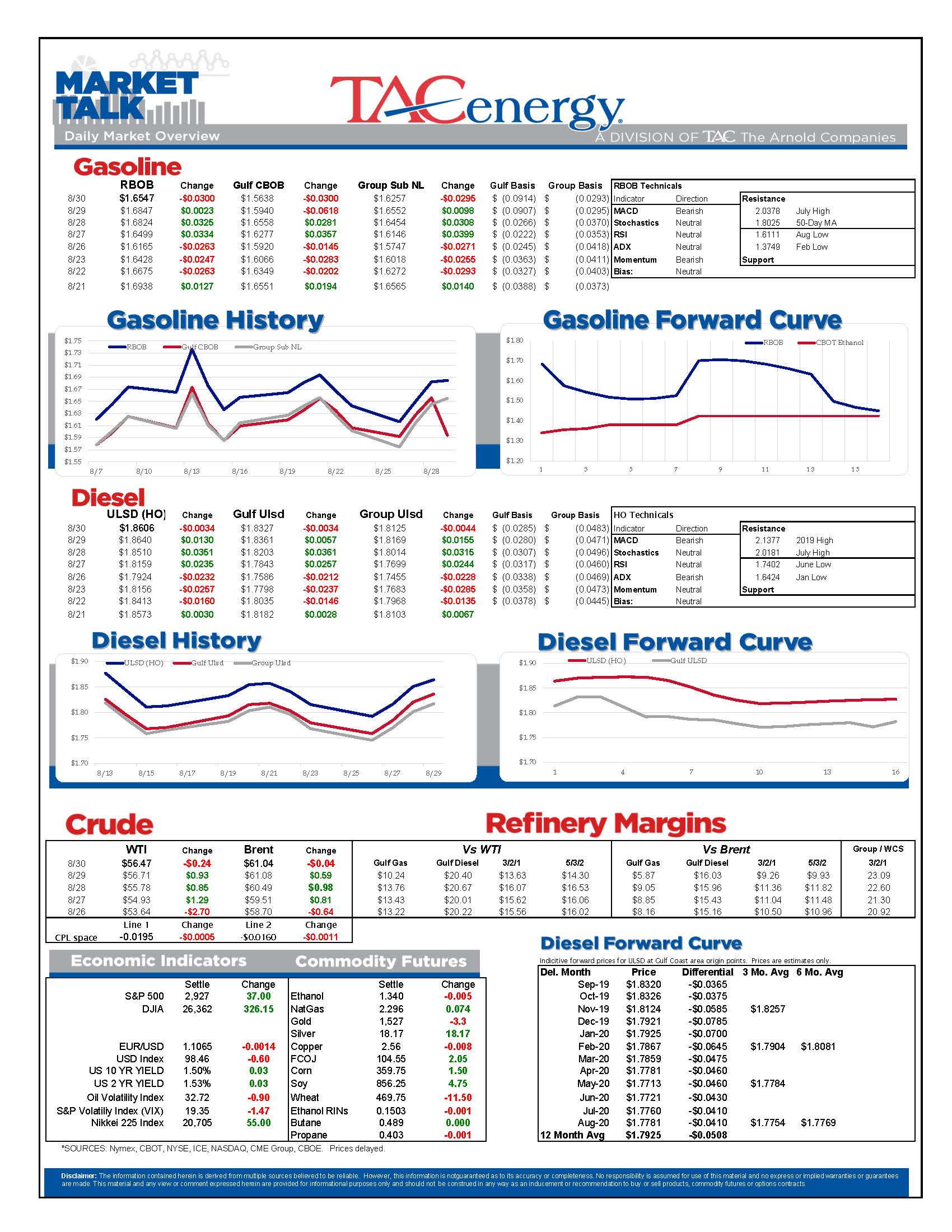 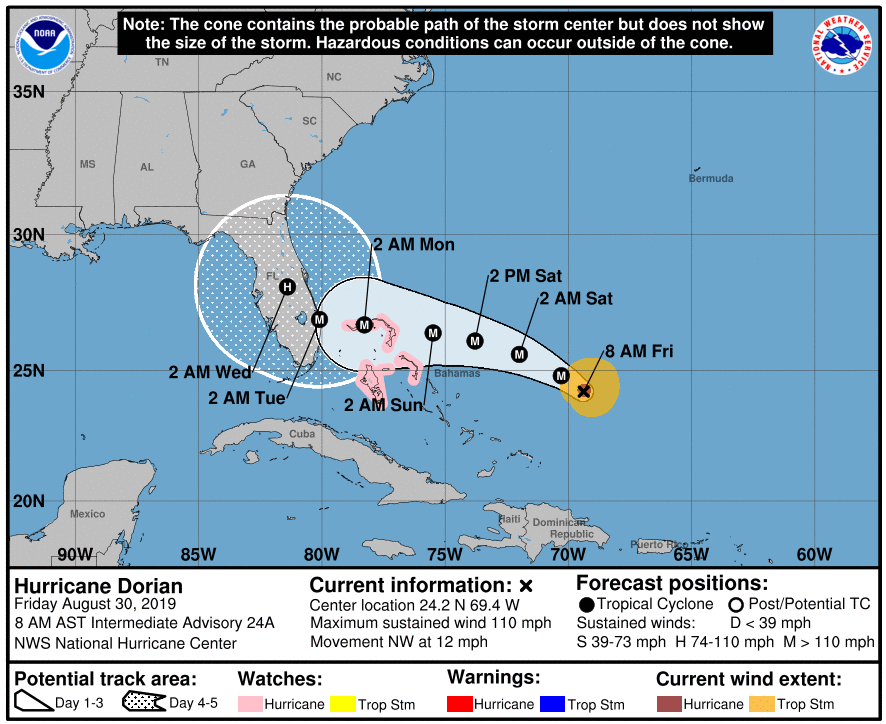