The energy complex saw some buying pressure yesterday as the DOE reported a large draw in national crude oil inventories caused almost completely by a drop off in imports. Climbing oil production and a pullback in refinery runs barely made a dent in the ~1.3 million barrel per day drop in imports, leading the metric’s total to the lowest level on record. While there’s speculation about a potential drop in US crude exports due to trade disputes with China, analysts are oddly quiet about the cause of the drop in last week’s imports, which could mean that number might be a fluke. WTI futures seemed lean towards the same conclusion after the report released yesterday morning, settling just 85 cents per barrel higher after an earlier gain of over 2 dollars.

Hurricane Dorian swept over Puerto Rico yesterday as a category 1 storm and is now headed to the US mainland via Florida’s east coast. Directional forecasts expect the storm to make landfall somewhere between Cape Canaveral and Palm Beach early Monday morning, possibly as a major hurricane (category 3). Almost all of the state’s refined product terminals lie within the forecast’s error cone; flooding due to heavy rainfall poses the biggest threat to local energy prices. Historically speaking September is the peak month for tropical activity in the Atlantic basin and this year it is starting off with a bang.

Oil prices are up slightly again today, looking to hold on to momentum gained from yesterday’s buying activity. It looks like the chicken or the egg conundrum while trying to assess whether equities are bolstering energy or vice versa. Currently oil prices seem to be the stronger counterpart in the equation as headlines can’t decide whether to be optimistic or cautious on the US economic outlook. 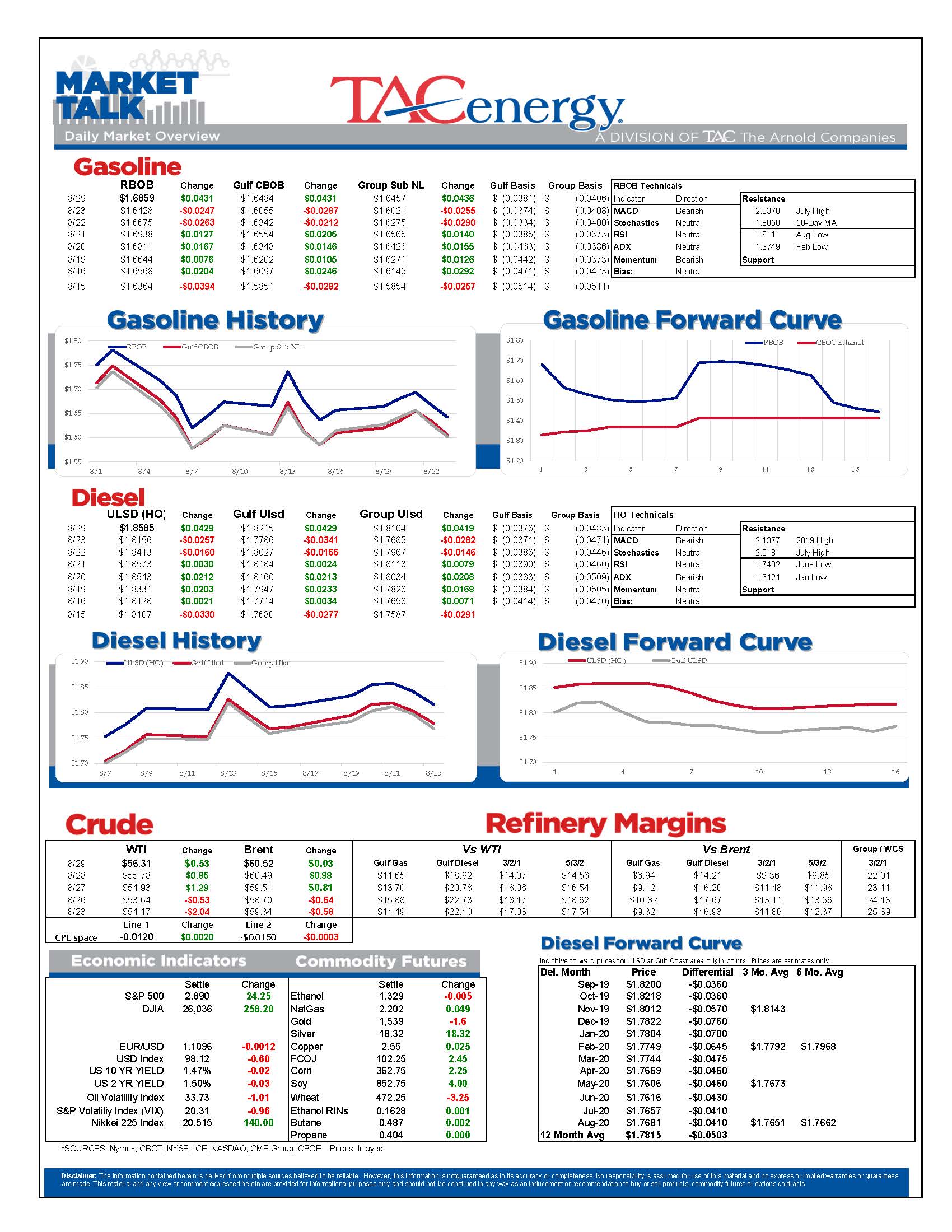 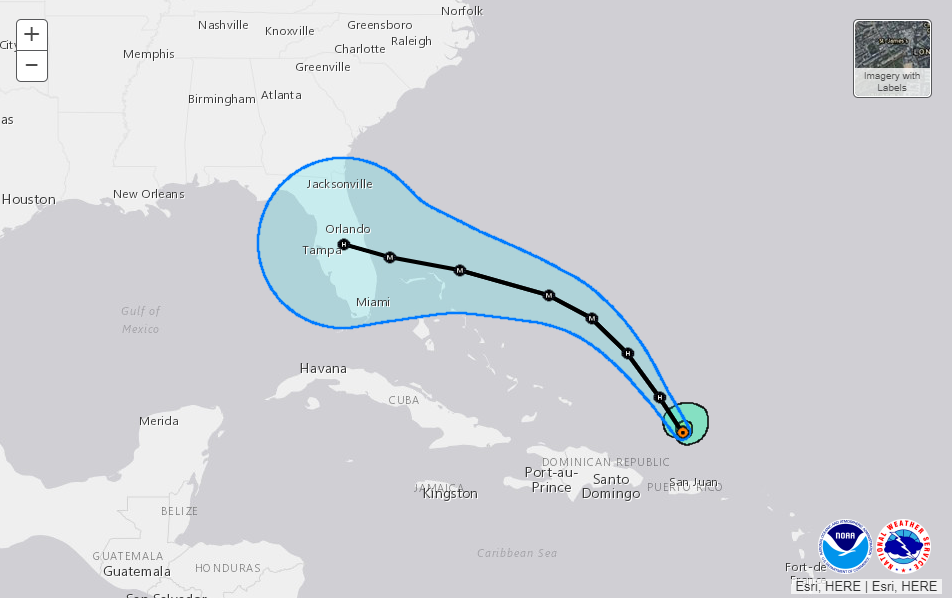 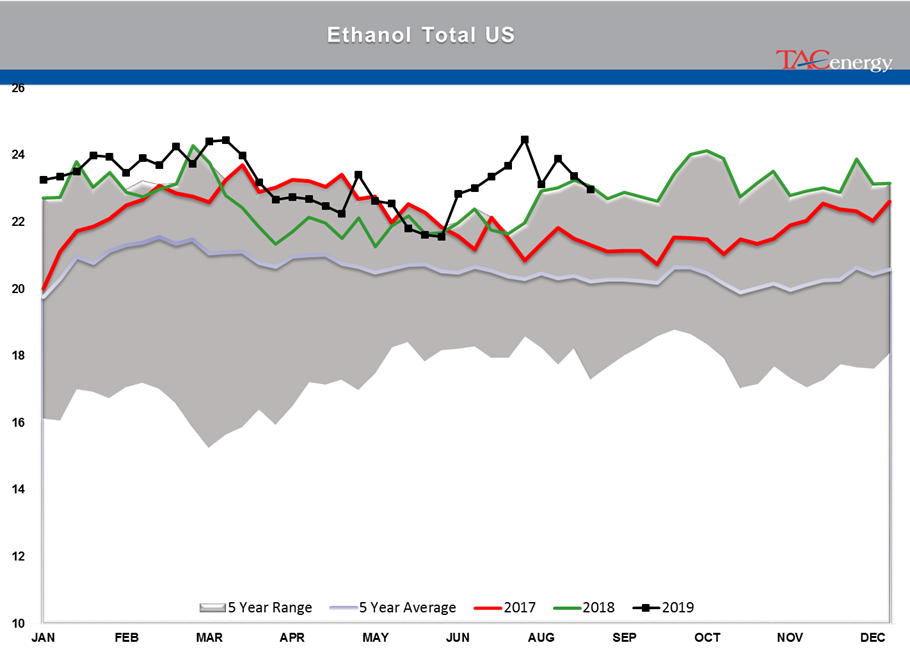