The energy complex is trading higher today after news that Saudi Arabia is deadest on forcing compliance on target production levels among its fellow OPEC members. With 500k barrels per day of production to trim, the Kingdom’s request coincides with the upcoming IPO of its state-owned oil giant Saudi Aramco.

The EIA report published yesterday morning showed an 8 million barrel build in crude national crude oil supplies for the week ending 11/1. Drawdowns were seen in both gasoline and diesel stockpiles of 2.8 million and 600k barrels respectively. RBOB futures took the largest hit yesterday, despite having the most bullish headline value on the inventory report, and suffered a 3% haircut on the day. Crude and Heating Oil futures both traded 1.6% lower.

Crude futures are back to testing a significant resistance level this morning after backing off yesterday with the bearish report: ~$57.25 looks to be the level to best after which the door looks open to $60. For now it seems news on further trade agreement progress or confirmation of overseas supply cuts will be the main driver of buying pressure in the short-term. 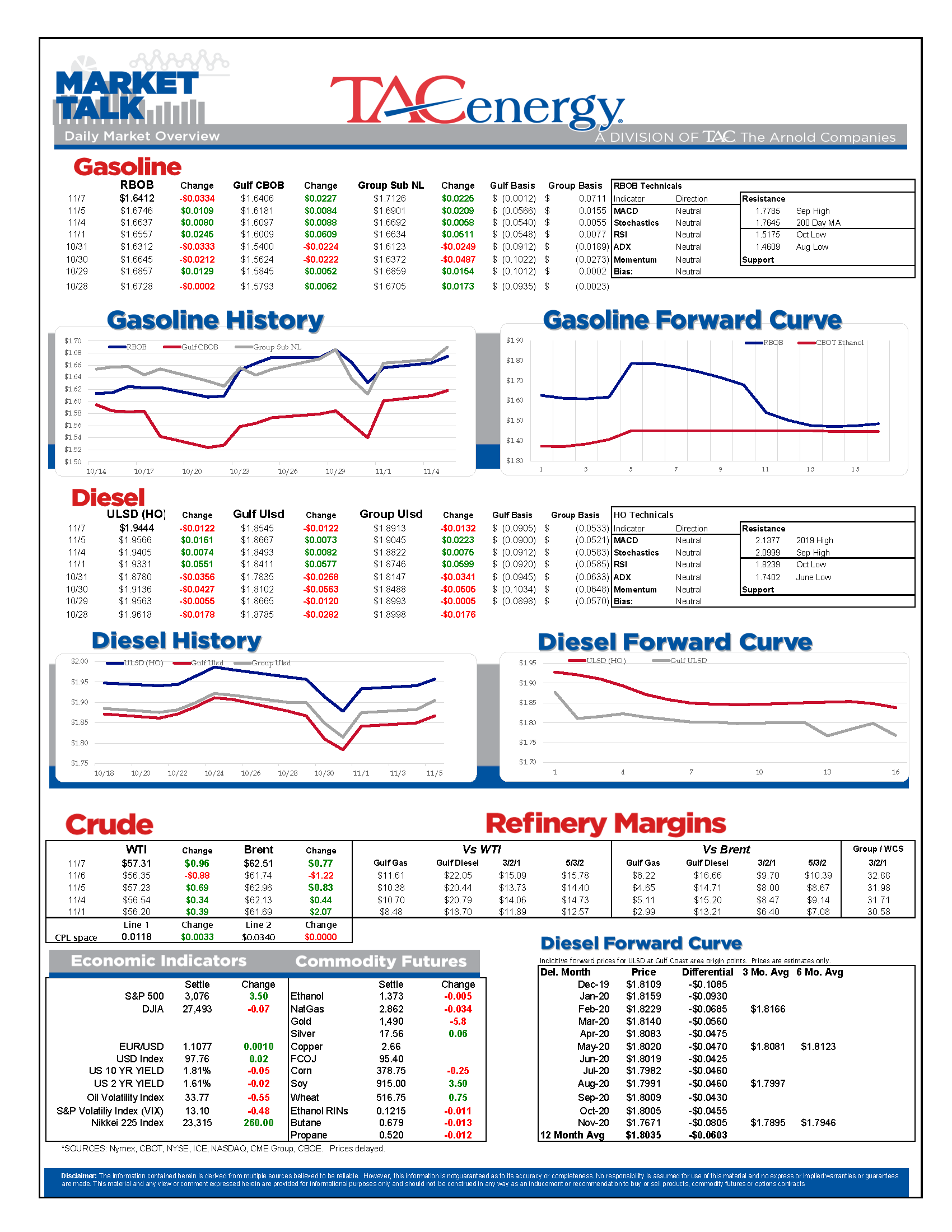