The energy complex is trying to claw back some gains this morning after another heavy wave of selling Tuesday. Uncertainty surrounding Iran continues to grab most of the headlines, with both bulls and bears having arguments to be made as the great lying game known as diplomacy continues to lumber on.

Statements from the US President and Secretary of State that suggested progress was being made with Iran got credit for the sharp sell-off Tuesday, after prices were trending higher earlier in the session. Hours later the Iranian foreign minister rejected those claims, but the oil markets didn’t seem to notice. There was also a sigh of relief when reports broke that an oil tanker that had gone missing in the Strait of Hormuz had simply been towed for repairs.

Right on cue, the EIA this morning published a note highlighting how the forced cut backs in Iranian oil exports have impacted OPEC and global supplies.

The API was said to report small draws for crude oil of 1.4 million barrels, and gasoline of 476,000 gallons, while distillates saw a large increase of 6.2 million barrels. The EIA’s report is due out at its normal time. Several forecasts call for larger crude stock draws as Gulf of Mexico production was being shut in last week due to Barry, but given the timing, we may not see the full impact of those short term precautions until next week’s report.

We’re less than 6 months away from the IMO 2020 marine diesel spec change, and Reuters is reporting Asian refiners are testing new grades of fuel that will comply with the statute, and may have a fringe benefit of tightening up the gasoline market. The billion dollar question is just how much can each refinery actually convert from the gasoline stream to the “Very Low” Sulphur diesel stream. Mexico’s state oil company meanwhile has had to admit it is unable to comply with tighter diesel specs as their refineries continue to struggle after years of neglect. 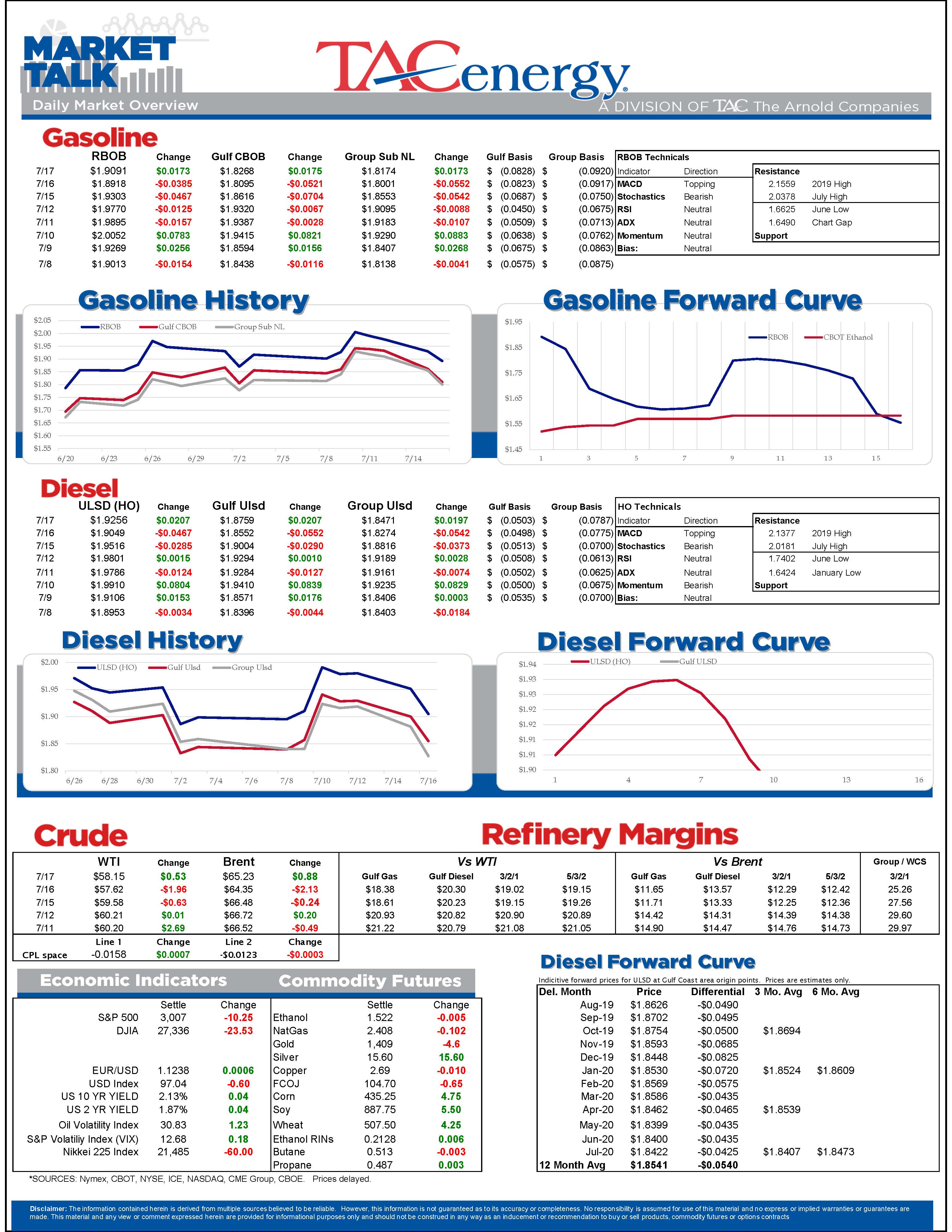 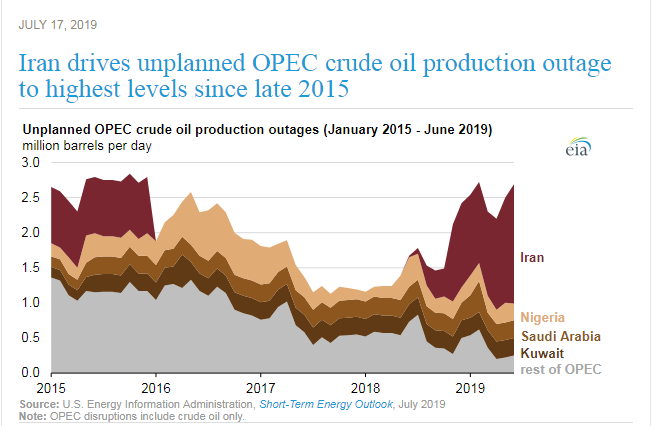