Energy Futures are Starting the Week with Modest Losses

Energy futures are starting the week with modest losses, as the complex continues to slog through an extended period of sideways trading. Brent crude prices give a good example of the lethargic trading, as they’ve been stuck between $57 and $62 for 9 of the past 12 weeks, with only the brief price spike following the attack on Saudi oil production moving prices out of that sideways range.

Part of the reason for that lack of action is that money managers are unenthused with energy contracts, with net-length in both WTI and Brent reaching the lowest levels since January. Refined products are also uninspiring in terms of total outstanding positions, but also intriguing as RBOB positions are ticking up towards the high end of their seasonal range, while ULSD positions barely hold onto a positive bias, both counter to seasonal norms as driving slows down and heating demand ramps up.

Ethanol RIN values have dropped back to around 15 cents/RIN after trading around 25 cents 2 weeks ago. The EPA’s proposal for spreading renewable volume obligations in the coming years is taking the blame for the latest drop in RIN values. 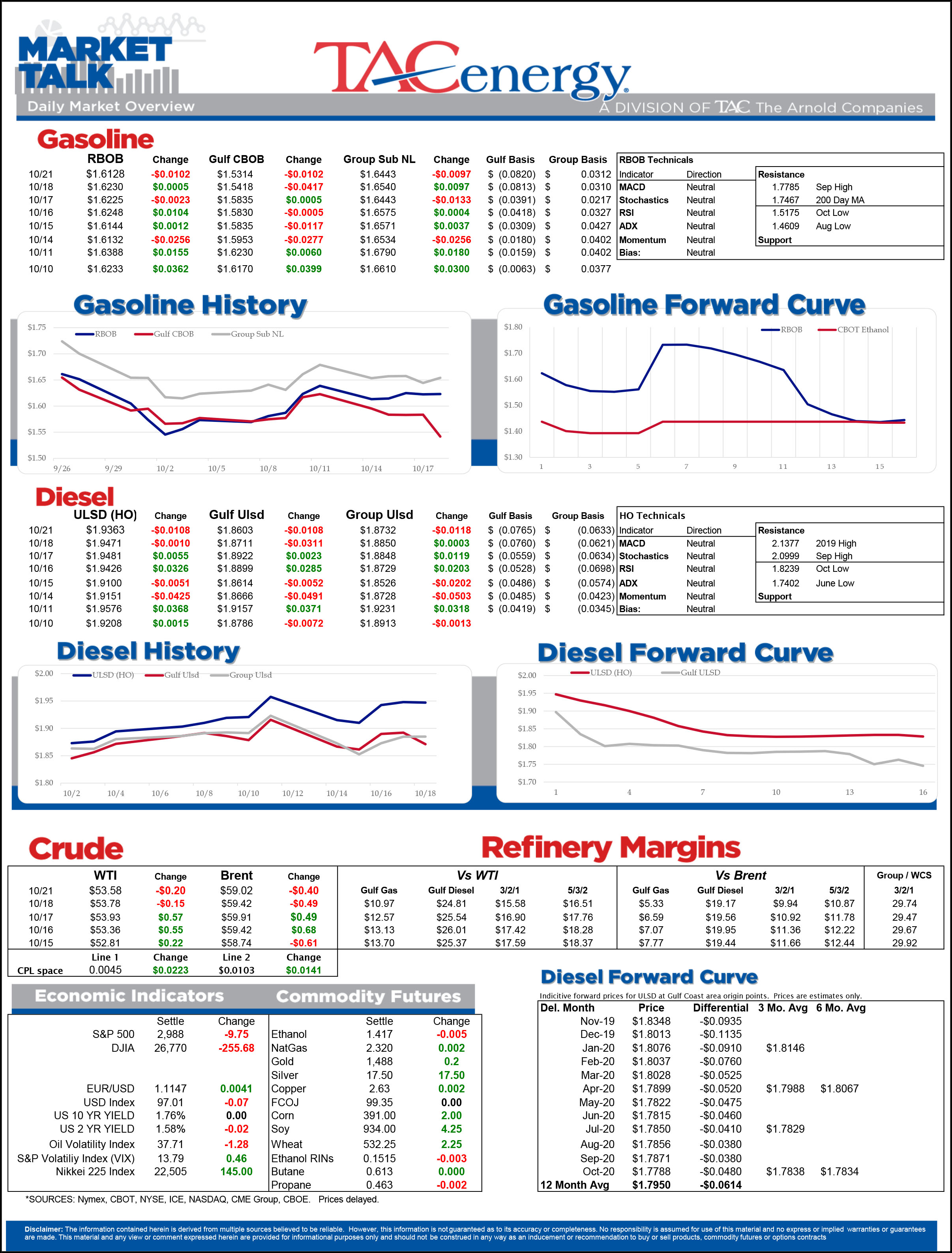 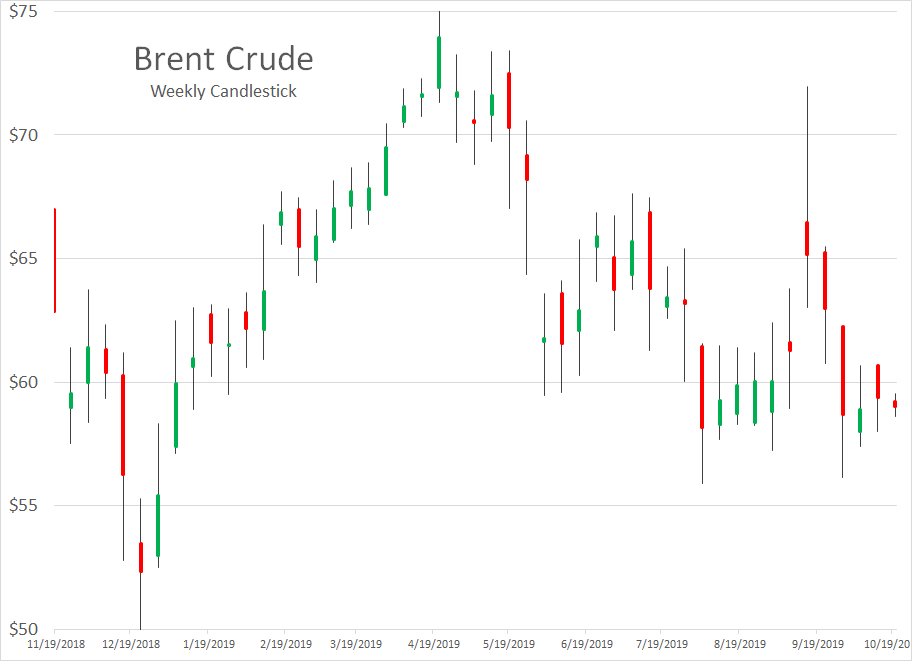 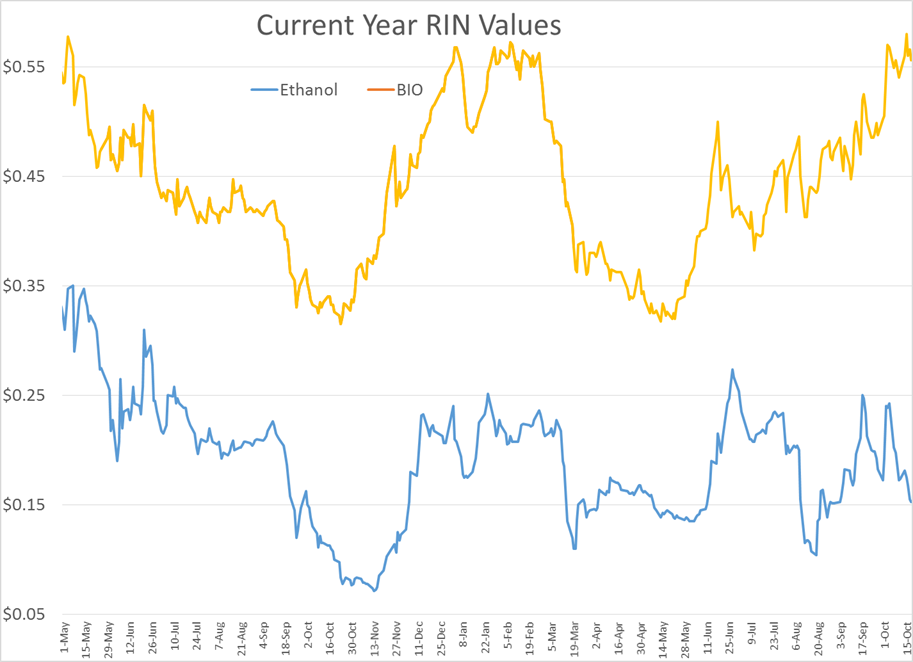