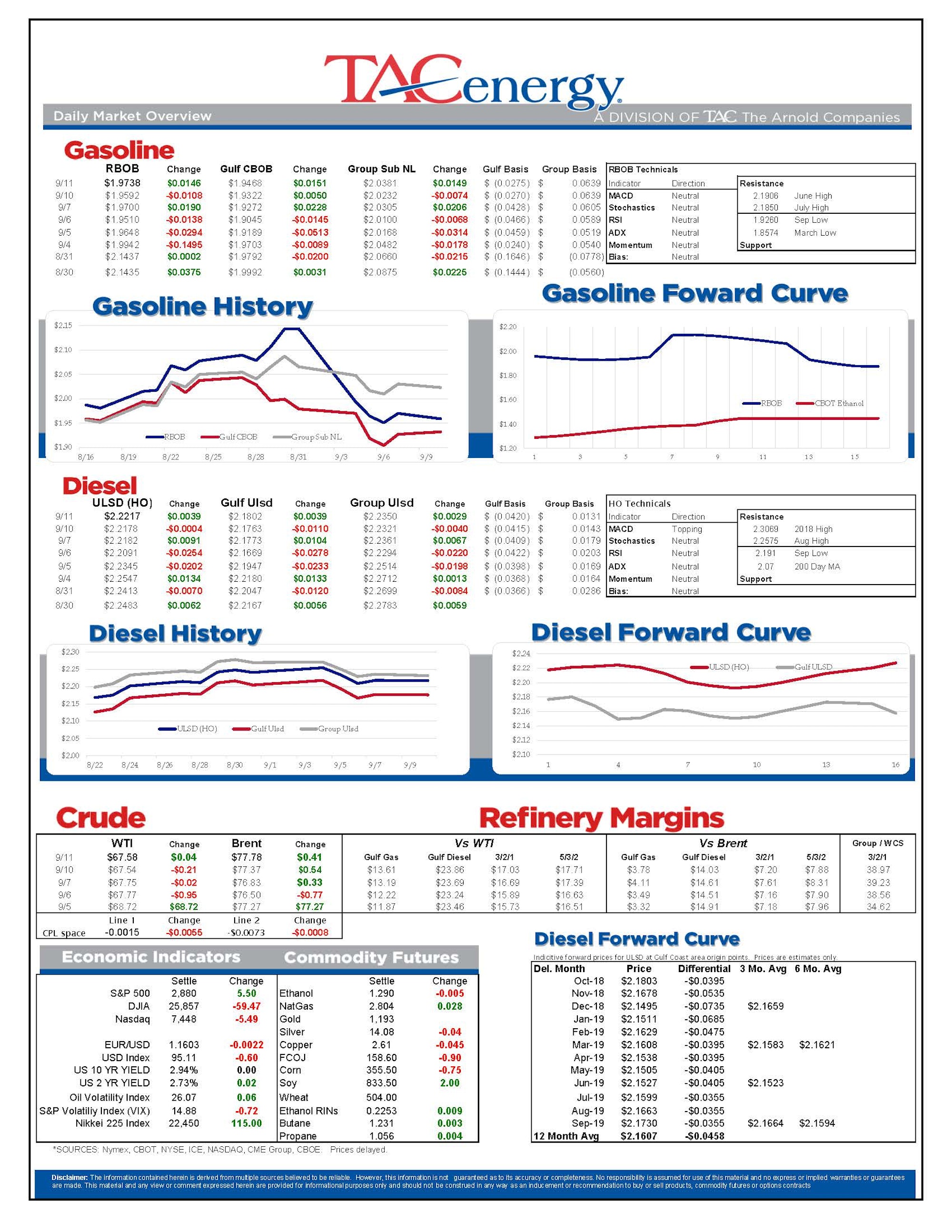 Energy futures are trying another modest rally to start Tuesday’s trading after Monday’s early buying spree failed to hold on. The action seems a bit muted with lower volume than normal as people pause to remember the 17th anniversary of 9/11 while anxiously awaiting the arrival of Hurricane Florence.

While port closures and barge delays from the Delaware and Chesapeake bays south all the way to Jacksonville are all-but guaranteed as the Florence gets closer to land, the key for refined product supplies in the region throughout this storm will be whether or not the pipelines can continue operating. So far both Colonial and Plantation pipelines and the numerous terminals they supply across the region are operating normally so far (albeit with longer lines to load than normal as buyers race to fill up) but the uncertainty of inland flooding and power outages creates concern for assets far from the coast.

When it rains it pours seems unfortunately fitting this week as a 4th tropical system is being given a 60% chance of forming in the gulf of Mexico and heading for the Texas coast. While the forecasts aren’t (yet) suggesting this storm becomes a hurricane, it will bring more heavy rains to areas of Texas that have already been inundated in the past few weeks. Tropical Storm Isaac is heading for the Caribbean, so it bears watching as that leaves the door open for the storm to get into the Gulf of Mexico, while Helene looks like it turn north and stay out to sea.

Brent prices are getting a boost from reports that Libya’s national oil company offices came under attack yesterday, although no impacts to production were reported. 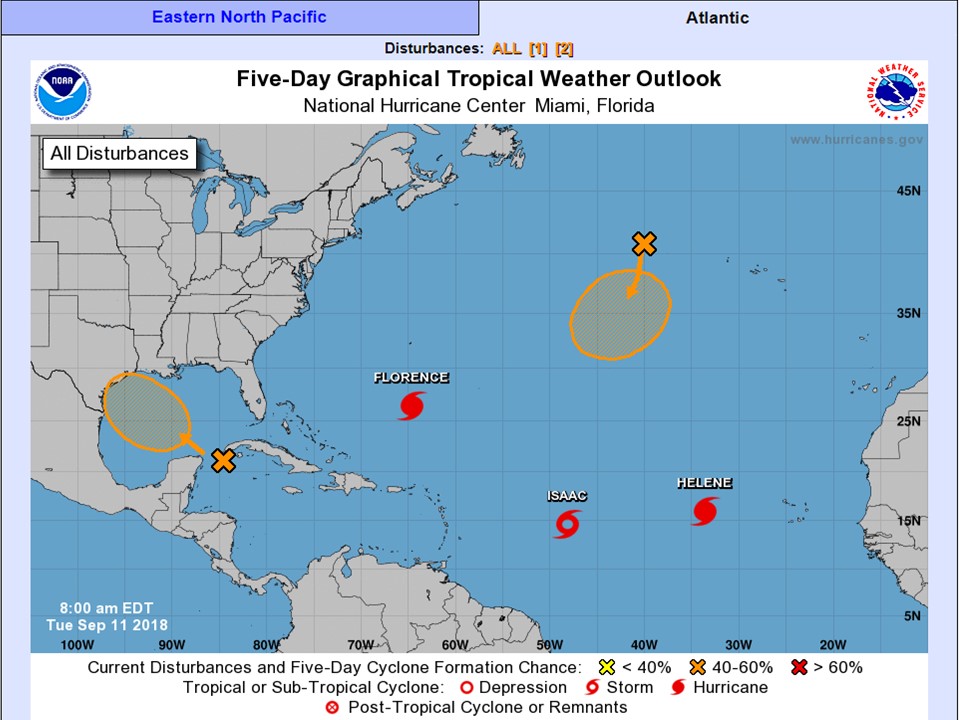