Energy Futures Back On The Slide

Energy futures are back on the slide this morning as hopes for a new production cut seem to be fading fast. Rumors that Russia was planning to change its stance and support more oil output cuts to prop up prices took credit for Thursday’s recovery rally, and new doubts about those rumors are taking early blame for today’s selloff.

It was a bit strange to see gasoline leading the move higher after being the weakest link in the energy chain for the past 2 months as RBOB futures plunged by more than 75 cents/gallon. As the charts below show, RBOB calendar spreads have strengthened over the past couple of weeks even while crack spreads have remained soft. That strength in time spreads would suggest tight supply, but the DOE reports are showing the opposite – particularly in PADD 1 – so the recent strength may have to do with short liquidation rather than anything fundamentally driven.

Reuters reported that the EPA’s final renewable volume obligations for 2019 (due out today) would match the preliminary volumes proposed in June. If that proves true, it would increase the requirement for “advanced” biofuels by 15 percent while holding conventional ethanol requirements steady. RIN values have not moved much in reaction to that news, but reports that the EPA would review how it grants hardship waivers to small refineries does seem to have put a floor under values for now. 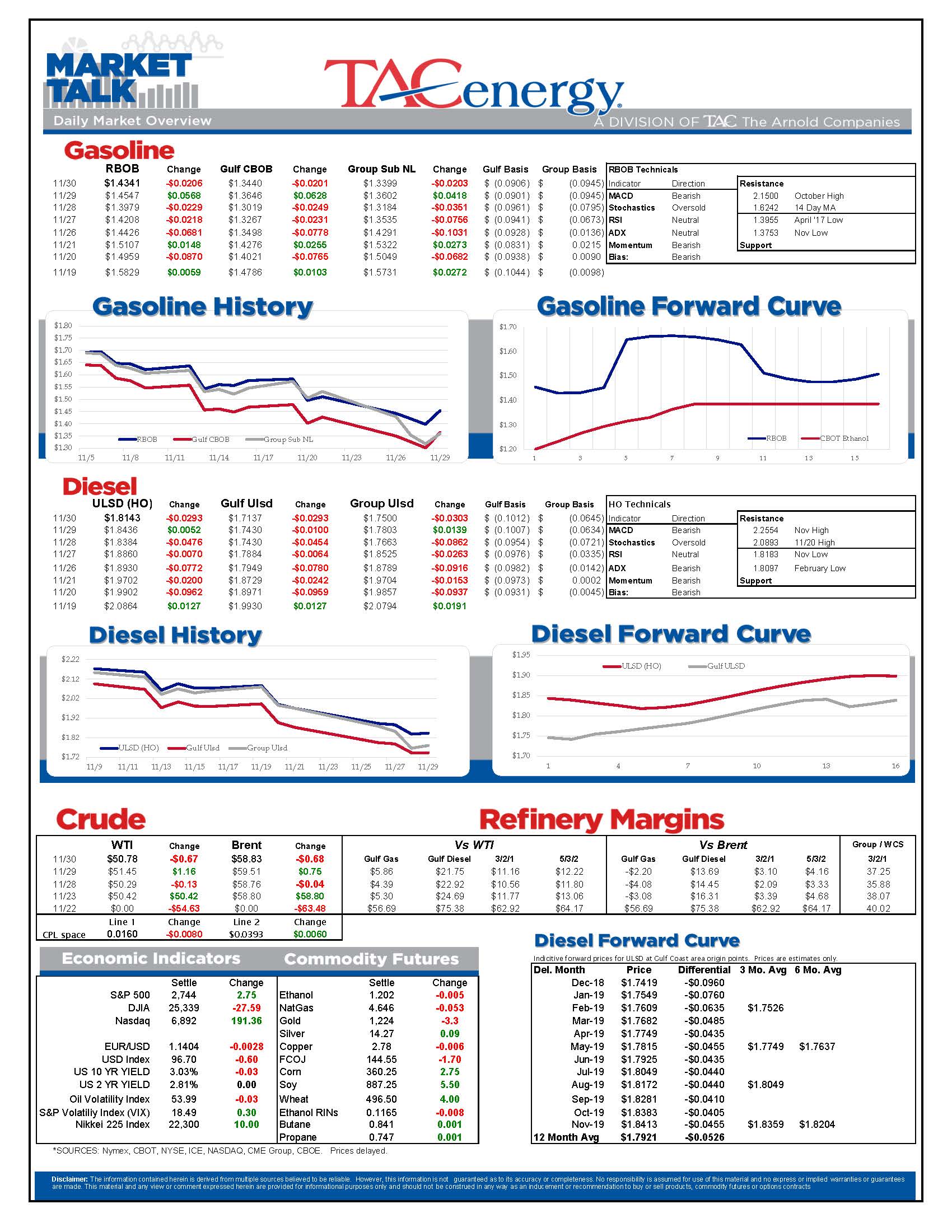 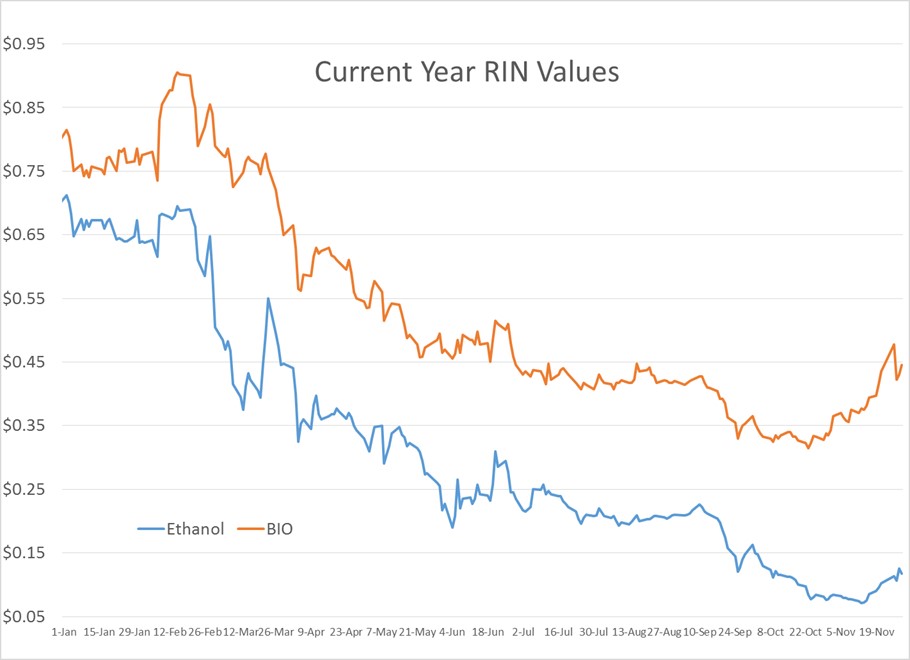