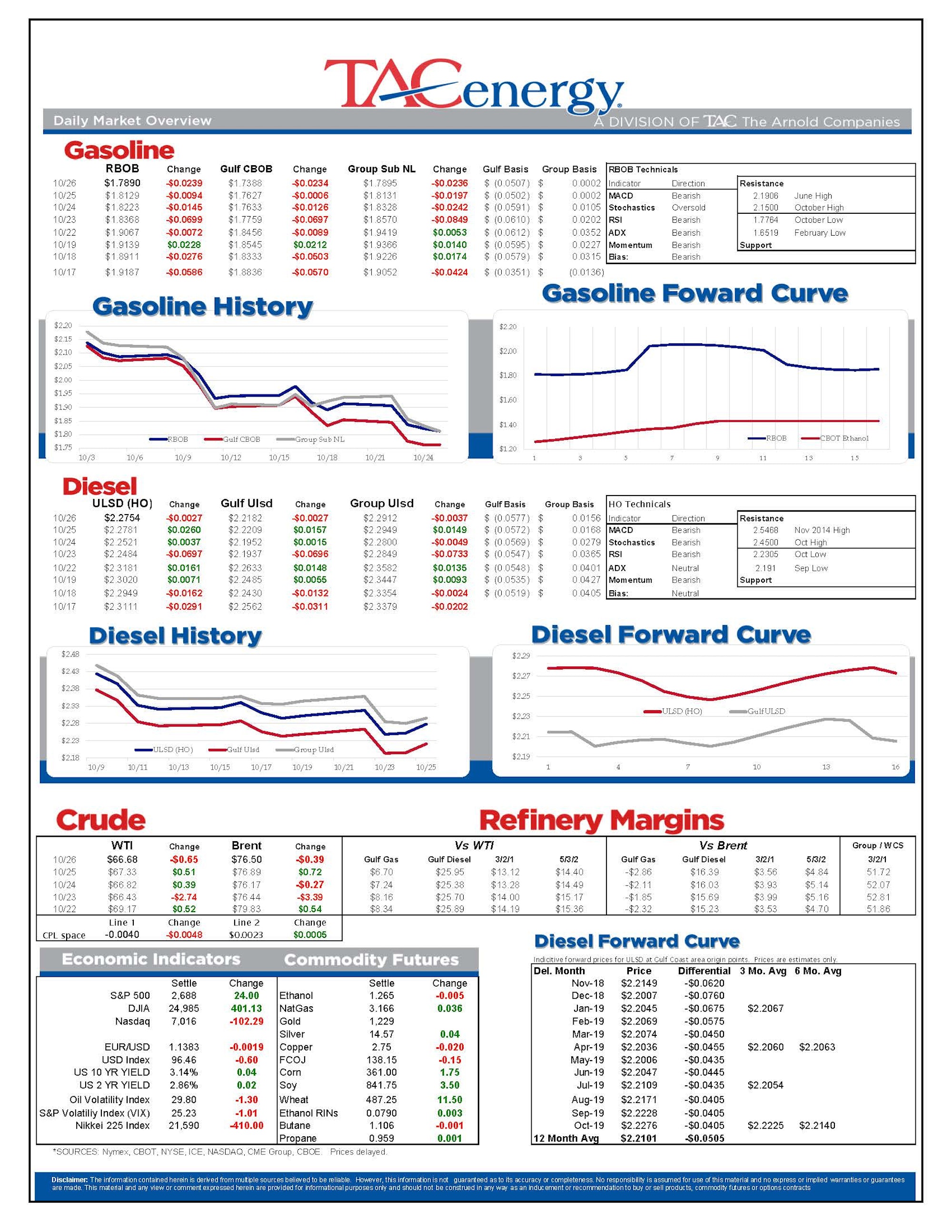 Energy futures continue to follow the lead of equity markets in a volatile week that pushed several of the most-watched indices and contracts to 6 month lows. Thursday’s session saw a strong rally in stocks help oil and diesel prices bounce off of multi-month lows, only to pick up the selling again overnight after disappointing earnings reports from several of the world’s largest technology companies.

Meanwhile, the guesses stories surrounding the upcoming sanctions against Iran are reaching a fever pitch this week, with reports that the US may be hesitating on how it will regulate international financial transactions via the SWIFT network, China apparently making a U-turn in its stance and telling its oil companies to avoid Iranian crude, all while the Iranians race to insulate their population from economic fall-out.

So what really matters in all of this? Over the next few months we’ll find out just how well the world’s major oil exporters can step in to replace the barrels that Iran can no longer sell. As the chart below shows, based on the increases from the US, Saudi Arabia and Russia this year, the total decline in global production may be minimal – even when factoring Venezuela’s collapse into the equation. If that proves true it could spell more downside for energy prices, with the billion dollar caveat of whether or not the new oil production can get from where it is to where it needs to be.