Energy futures look like they’re stuck roughly half-way between their April highs and May lows, waiting for the next headline about China or Iran before making their next move. The choppy action has wiped out any technical momentum, making any sort of trend appear unlikely until we break out of this range in one direction or another.

Stock markets around the world are pointing higher after it appears the US eased some trade restrictions with Huwawei, allowing time for a trade deal to be negotiated.

Another drone attack was reported in Saudi Arabia, but seems to have been quickly dismissed as part of the long-running war in Yemen, rather than an escalation in violence that was threatening oil infrastructure last week. Speaking of which, with details remaining scarce on either of last week’s attacks that helped energy prices pull back from the brink of a major sell-off, doubts are creeping in about what really is happening, and whether or not Iran is involved.

We’re still 10 days away from the official start of the Atlantic hurricane season but just as we’ve seen in the past several years, we have an early storm as Andrea was named Monday near Bermuda. This subtropical storm is not a threat to the US, but it’s a reminder that it’s time to dust off those Hurricane preparedness plans.

Much closer to home a tornado outbreak is currently taking place across a swath of TX, OK and KS. There are a handful of refineries in the path of those storms, most of which feed the Group 3 market. No word yet on if there are any disruptions, but given the location and relatively small size, it’s unlikely we’ll see an impact on product futures if there is any damage to those plants, while WTI could be influenced if there are any impacts to the Cushing OK storage hub. 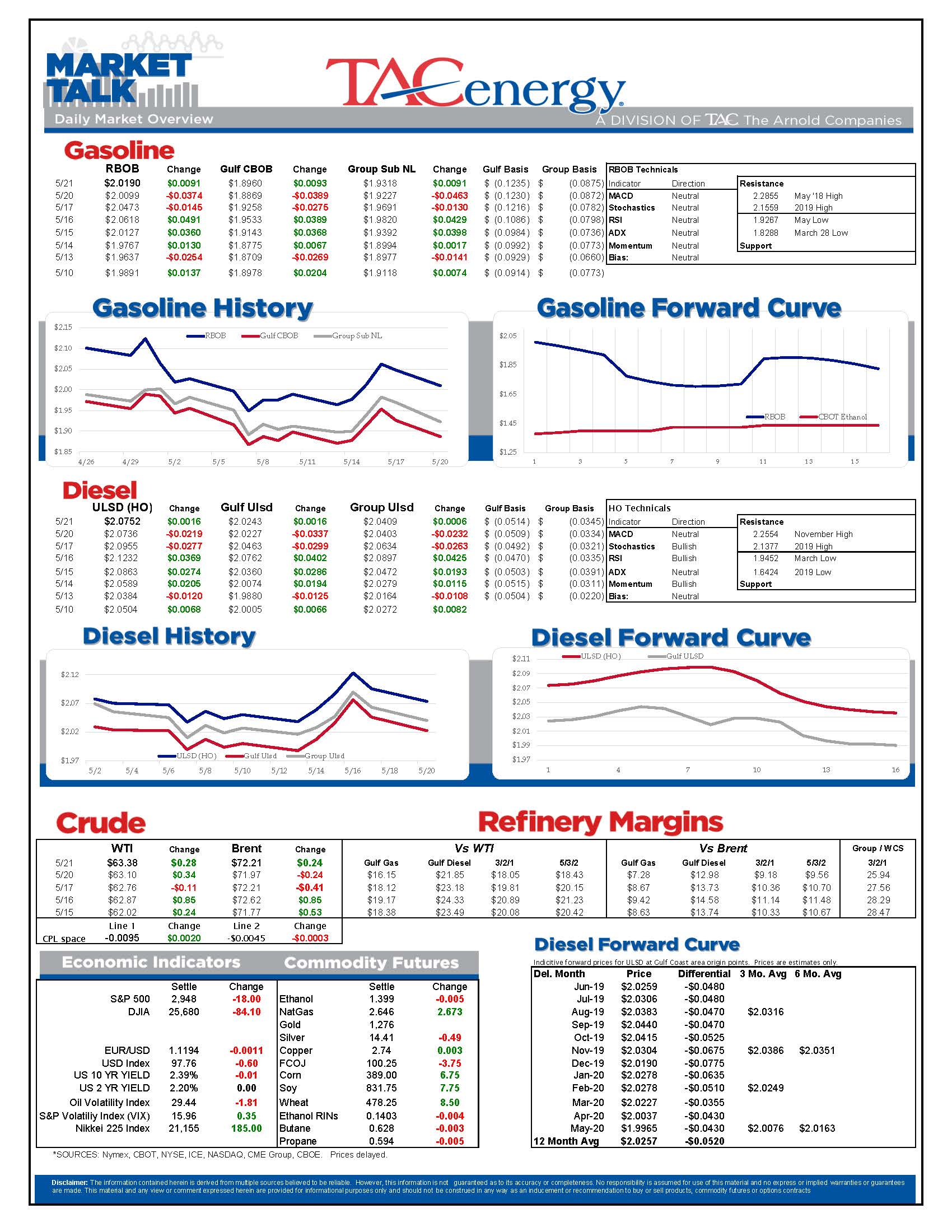 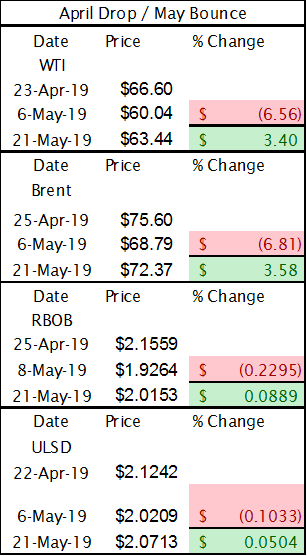