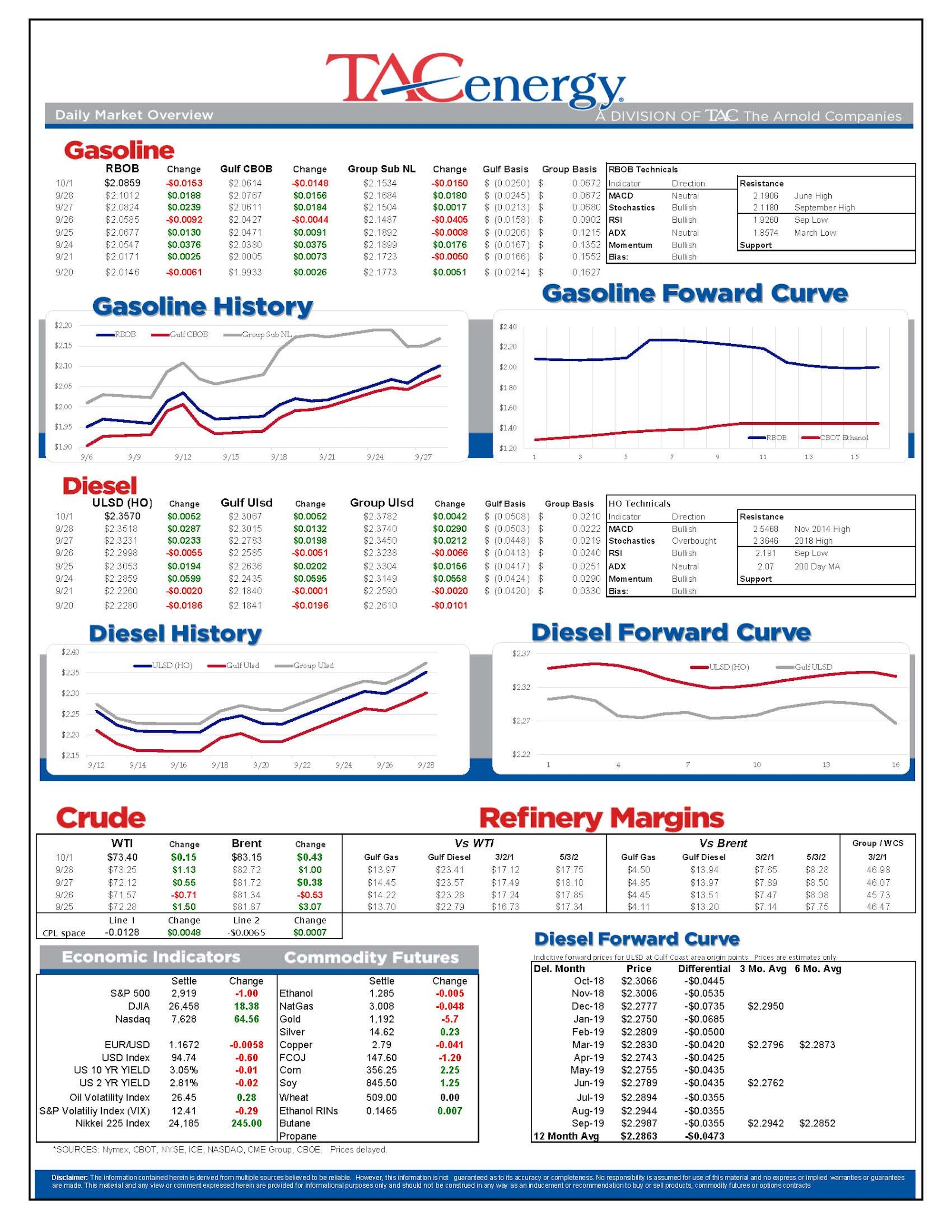 Energy Futures Picking Up Where They Left Off

Energy futures are picking up October trading right where they left off in September, with gains across the board and Brent crude and ULSD pushing 4-year highs.

The recent rally has sparked plenty of speculation that oil prices could reach $100 in the near future. Here’s one argument why that won’t happen.

The US and Canada reached an 11th hour agreement to join Mexico in a new version of NAFTA Sunday night.

Why should we care? The chart below shows that Canada has not only become the largest importer of petroleum to the US, it now surpasses the total imports of all OPEC nations combined. The dichotomy between Canada and Mexico is also on full display, as the two nations were roughly equal in sales to the US when the first NAFTA agreement was made, and today Canada is selling roughly 5 times more oil to the US than Mexico.

Money managers continue to like jumping on the Brent Bandwagon as the net long holdings of the speculative trader category rose for a 5th straight week, and the short holdings held by funds reached their lowest level since May of 2016. Money managers also added to their net length in ULSD and RBOB, while trimming back their holdings in WTI.

Baker Hughes reported a drop of 3 oil rigs in the US last week, continuing its 5-month trend of holding relatively flat, while Canada is seeing its annual drilling drop-off come early with a decline of 13 oil rigs for the week. Sticking with today’s theme, the chart below shows how drastically different the rig count between the two countries has become over the past 20 years.