Energy futures have sold off for four straight days to start the week, shaving 12 cents off of diesel prices and 14 cents off of gasoline. Prices are attempting a recovery rally this morning – and oversold technical indicators suggest we’re due for a bounce – but we’ve seen similar early gains in each of the past 3 sessions, and all ended the day with losses.

In addition to the losses in futures, basis values for many regional products have been declining this week as refiners dodged a major bullet from Hurricane Barry. Gulf Coast Conventional gasoline prices had a rough week, dropping by nearly 20 cents per gallon once it was clear refinery disruptions would be minimized. Diesel prices in the Midwest are also seeing unusually large discounts to futures for this time of year as regional inventories reach all-time highs.

Once again, conflicting stories from the Strait of Hormuz are getting credit for the early buying. Yesterday afternoon the US said it destroyed an Iranian drone (note, it did not shoot it down, but jammed its electronic signal) while this morning Iran is claiming it did not lose a drone, and perhaps the US shot one of its own down by mistake. The bulls will say either way this is a sign that tensions in the world’s most important shipping lane are still building. Bears will say this week’s back and forth looks more like children arguing on the playground than two countries about to go to war.

The US is attempting to build a coalition to protect the shipping lanes that have been the center of the energy market’s attention since attacks on tankers started this spring. According to a Reuters article, so far the plan has not had much, if any, success as other countries look to avoid escalating the conflict. 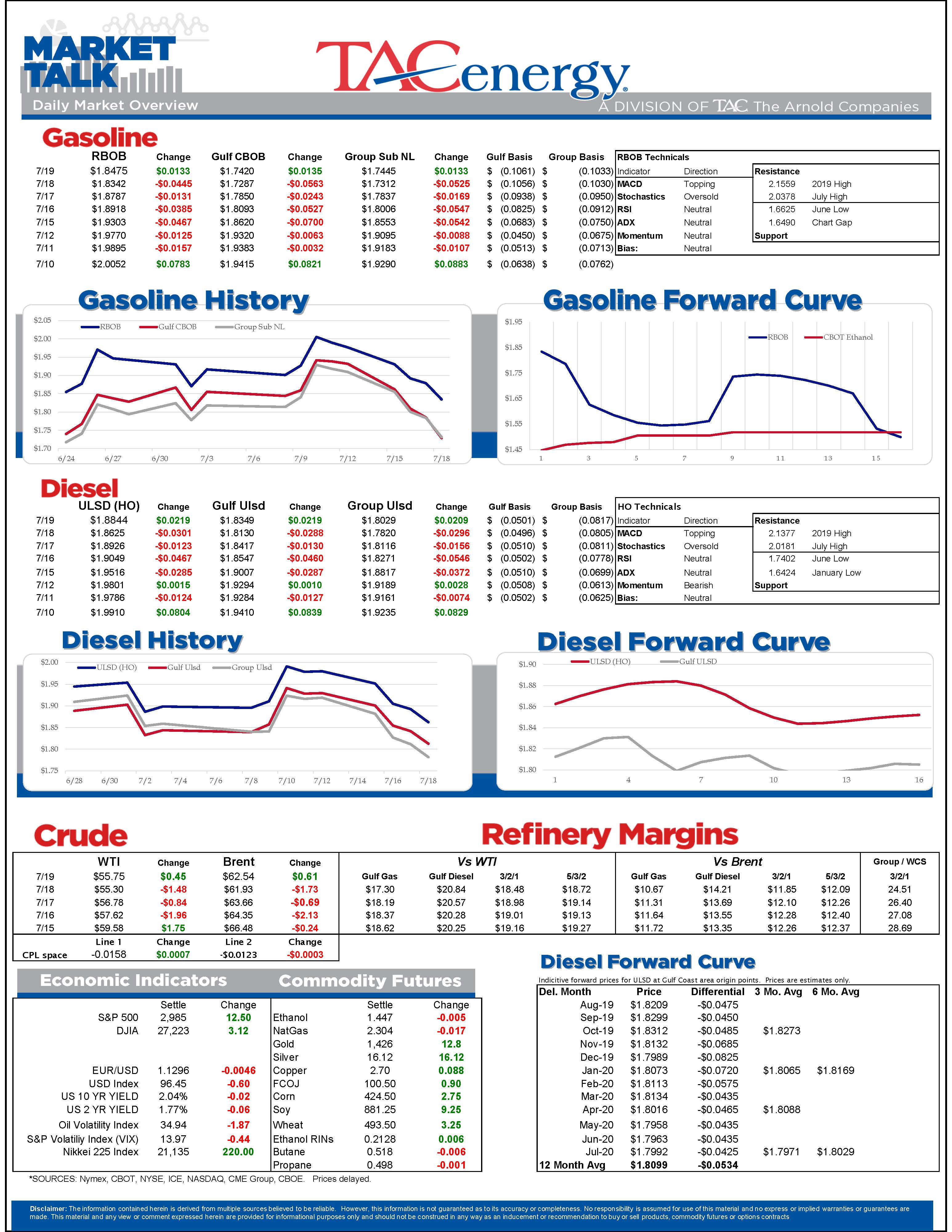 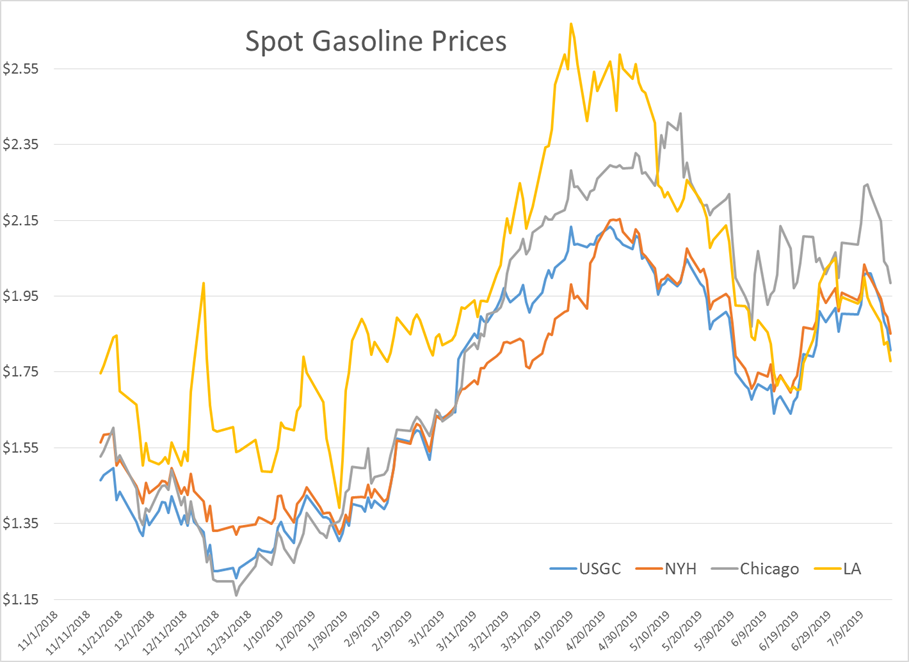 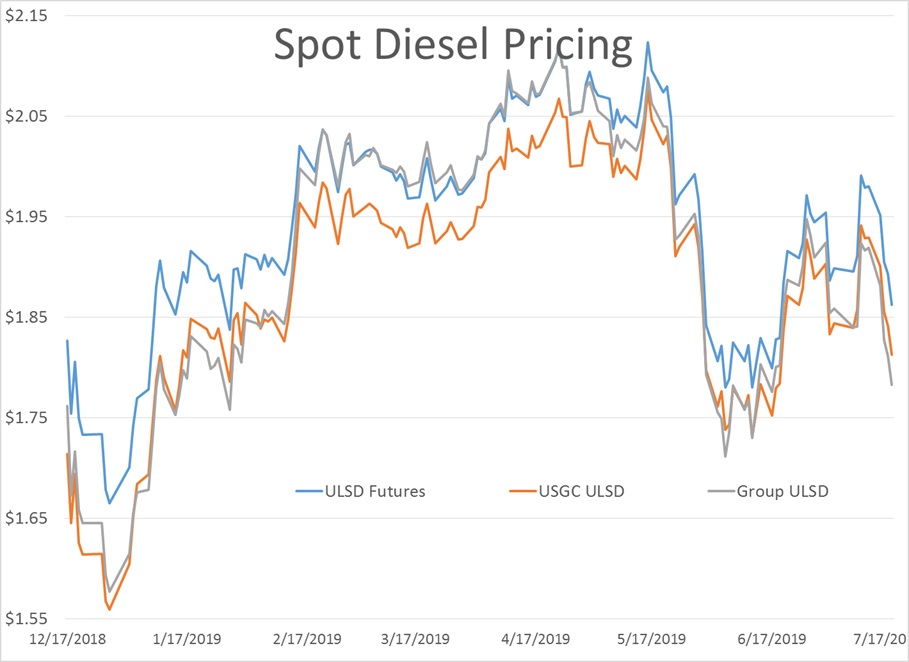