Energy Futures Stumbling Out Of Gate

Energy futures are stumbling out of the gate this week with most NYMEX futures contracts down around 2% to start the day in spite of stronger equity markets overnight. There does not appear to be a headline to pin the sell-off on after most contracts pushed higher to start the overnight session, suggesting this could just be a round of profit taking after 2 strong weeks of gains.

Baker Hughes reported a drop of 4 oil rigs last week, with Texas seeing a decline for a 7th straight week, while Oklahoma and New Mexico both declined for a 4th consecutive week. The Wall Street Journal is reporting that shale drillers may be having a harder time raising capital from Wall Street, which could restrict drilling activity this year. On the flip side, the Dallas Fed’s recent energy survey suggests that despite the drop in oil prices late in 2018, most US drillers still plan on increasing their capital spending this year.

Money managers continue to tip toe back into the energy space, with net long holdings in Brent crude oil contracts increasing for a 7th consecutive week to start 2019, but the total amount bet by large speculators on higher prices remains below the 5 year average for this time of year. The CFTC COT reports are still playing catch-up from the government shut-down, but through 5 weeks large funds were more conservative betting on WTI than they have been in Brent, and diesel contracts are seeing a net-short bias for the 2nd week this year.

Warren Buffett released his annual stockholder letter over the weekend. While Berkshire’s energy holdings, including Pilot Flying J were barely mentioned, as always, there was plenty to make this a worthwhile read:

"Our country’s almost unbelievable prosperity has been gained in a bipartisan manner. Since 1942, we have had seven Republican presidents and seven Democrats. In the years they served, the country contended at various times with a long period of viral inflation, a 21% prime rate, several controversial and costly wars, the resignation of a president, a pervasive collapse in home values, a paralyzing financial panic and a host of other problems. All engendered scary headlines; all are now history." 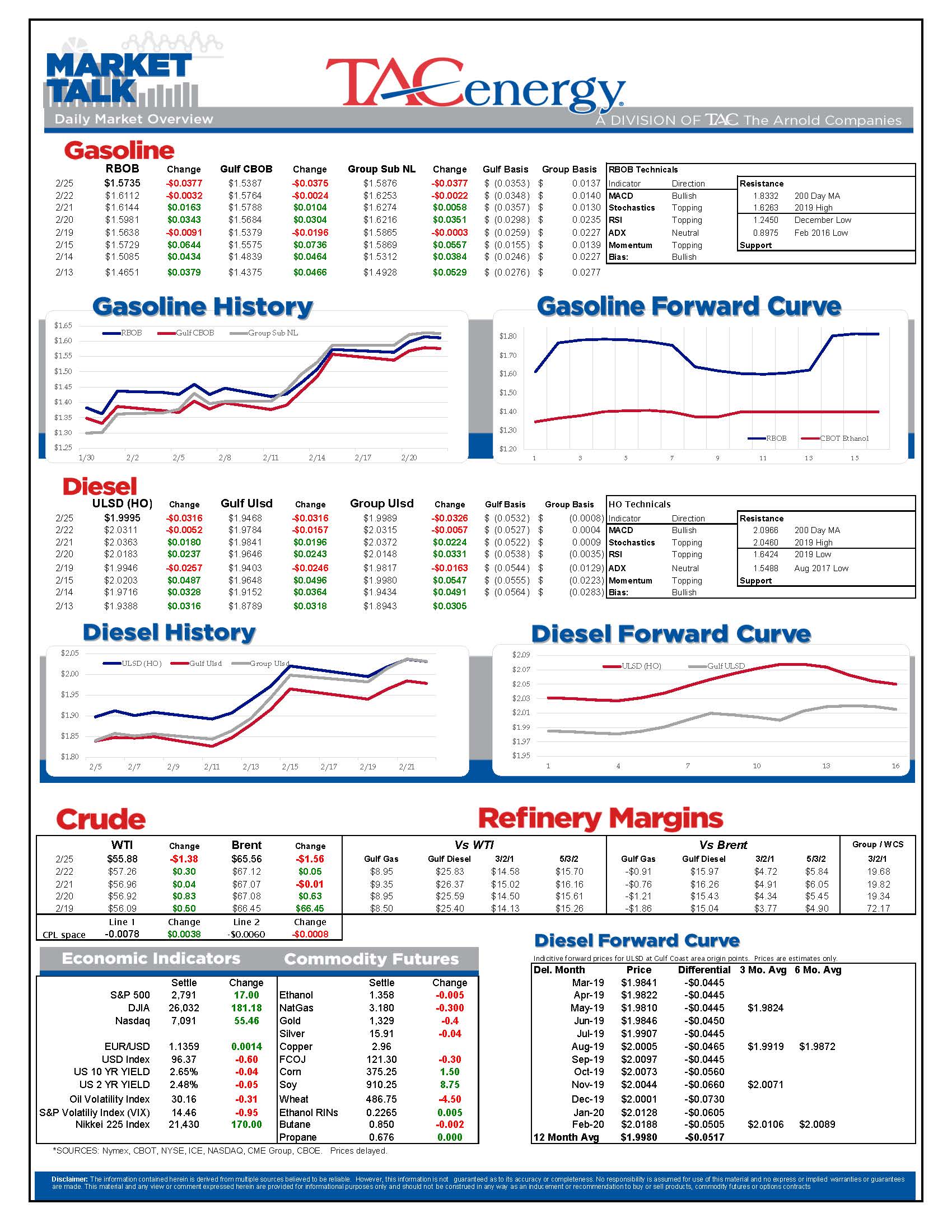 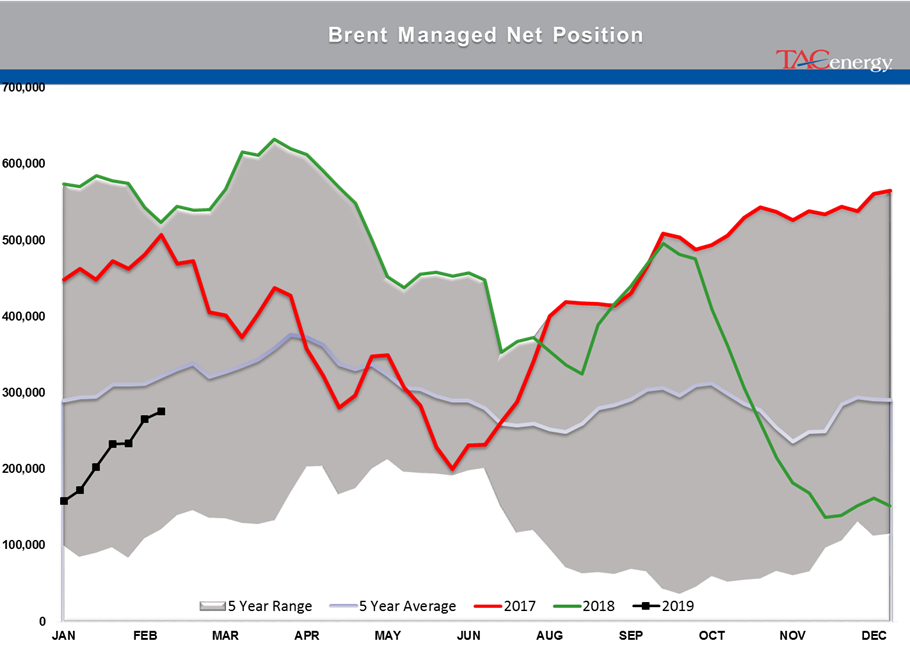 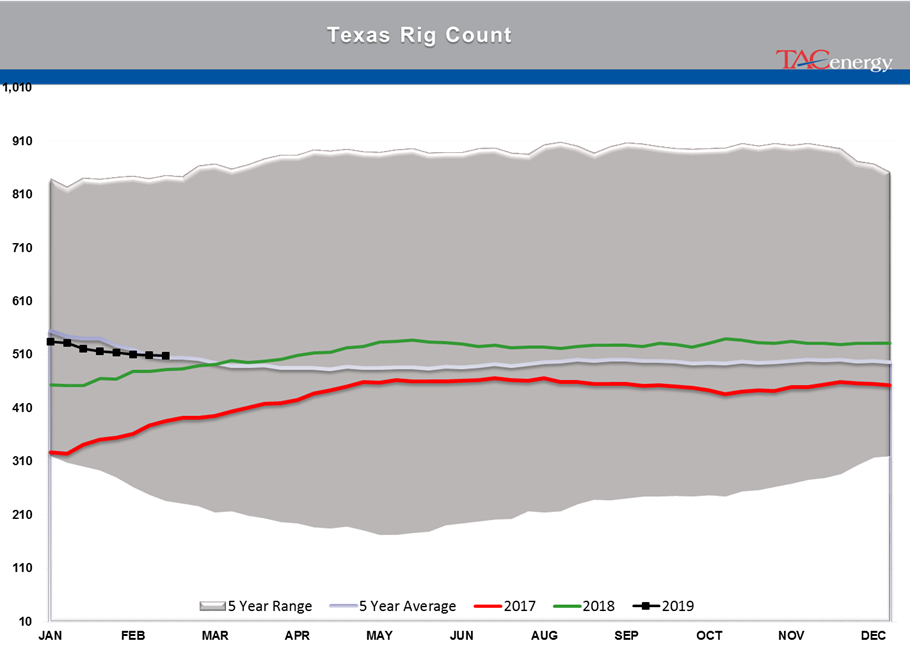