Energy futures are taking a breather to start Thursday’s session, after a huge drop in oil imports sparked the largest rally in WTI in a month Wednesday. Weaker equity markets due to trade concerns with China & North Korea are taking some blame in the headlines for oil’s pause, but the correlation between the asset classes has been weakening lately, making it less likely that stocks will drive the action for petroleum prices.

So how do US crude oil inventories drop 8 million barrels on the same week when domestic production reached a new record high at 12.1 million barrels/day and refinery runs were relatively flat? US Net crude oil imports (imports minus exports) reached their lowest level in the 28 years that the DOE has been publishing weekly readings.

For perspective, a decade ago, the US was a net importer of around 60 million barrels of oil each week. Last week, that total was just shy of 18 million barrels. Although it will be a few months before the EIA releases the imports by country for February, it’s presumed that the Venezuelan sanctions played a major role in this dramatic drop in imports. Other reports suggest that fog may be partly to blame limiting ship movements along the gulf coast, in which case we should see a sharp increase in imports in the coming weeks. 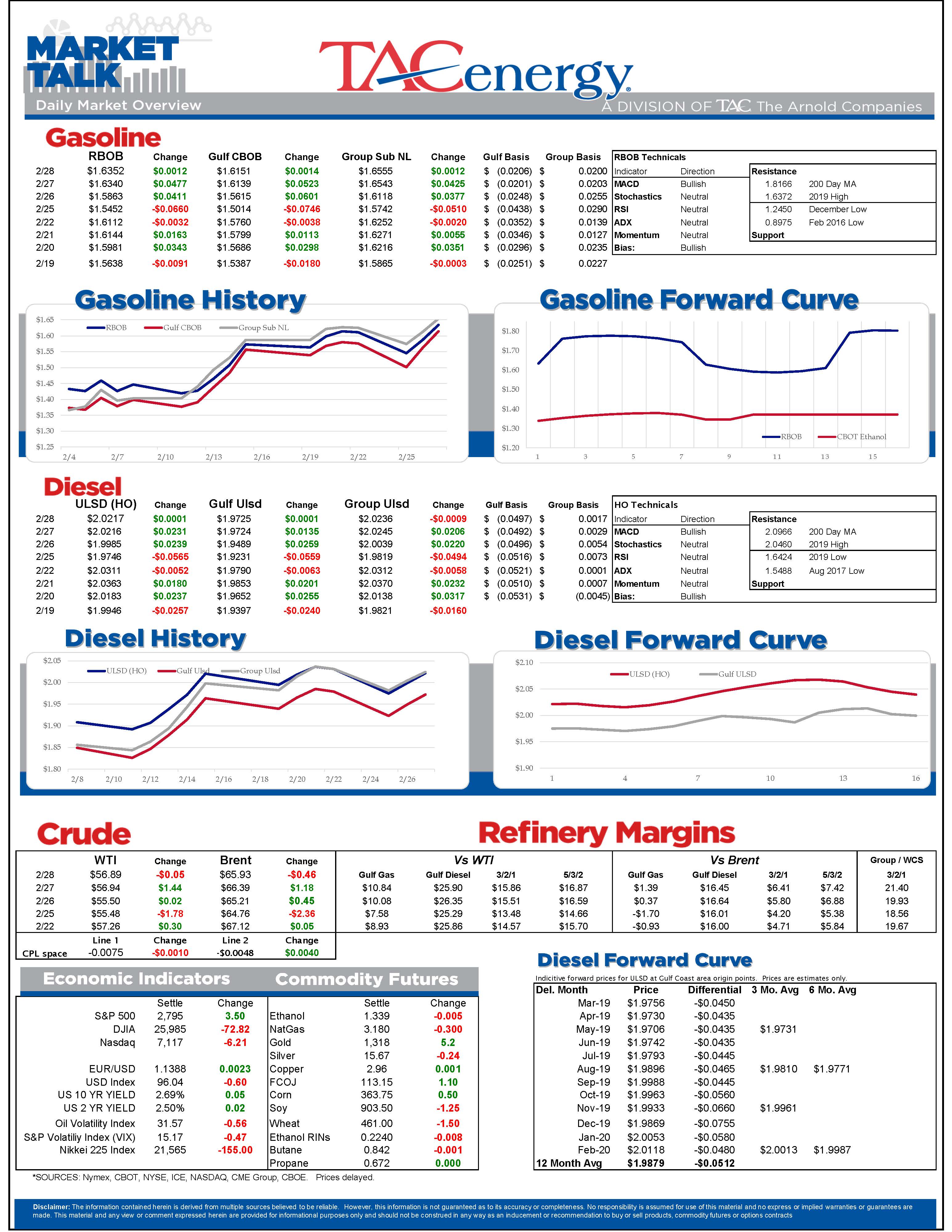 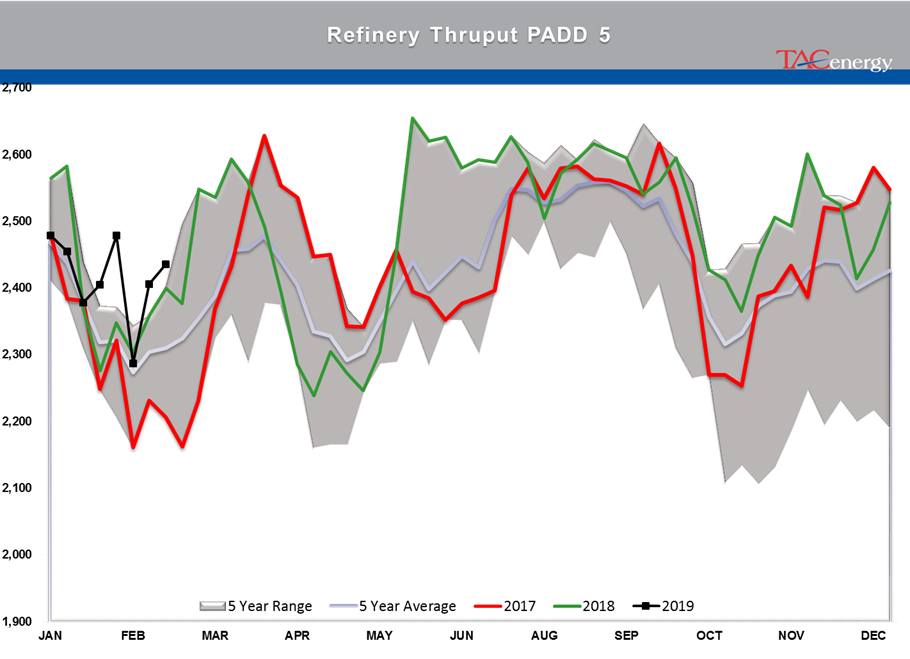