Energy futures are ticking modestly higher to start Thursday’s session as equity markets continue to focus on China drama in various forms, while OPEC just sent a signal that they may want to act to keep prices from dropping any further.

OPEC’s monthly oil market report was highlighted by yet another reduction in global demand forecasts. The Cartel suggested all options will remain open at its December meeting, although getting Saudi Arabia and Iran to cooperate on anything this year seems to be easier said than done. OPEC’s output dropped sharply as expected in the wake of the attacks on Saudi facilities, but all indications are that most if not all of their production is back online already.

Ethanol prices stole the show Wednesday with spot values rallying some 13-15 cents around the country after the DOE’s inventory report showed the largest weekly drop in inventories on record. RIN values did not join in on the binge buying of fuel-grade alcohol as doubts appear to be creeping in on the impact of the EPA’s “deal” to update the RFS.

The most notable data point for petroleum in the report was another large drop in refinery runs (even though PADD 5 rates recovered) as maintenance activity this fall surpasses most forecasts. PADD 1 was particularly notable as it approached a decade-low as Monroe’s refinery is off-line for work. That low run rate seems to be driving counter-seasonal strength in RBOB calendar and basis spreads.

US diesel inventories continue to trend near the low end of their seasonal range in most US markets, and helping to keep upward pressure on futures which are now up for a 6th straight session. The notable exception is the Midwest, which is now staring down a winter storm that will hamper harvest efforts in the latest bit of bad news for agriculture interests in a brutal 2019.

Still wondering why west coast gasoline prices spiked by more than a dollar in the past couple of weeks? Take a look at the PADD 5 gasoline inventory chart below. 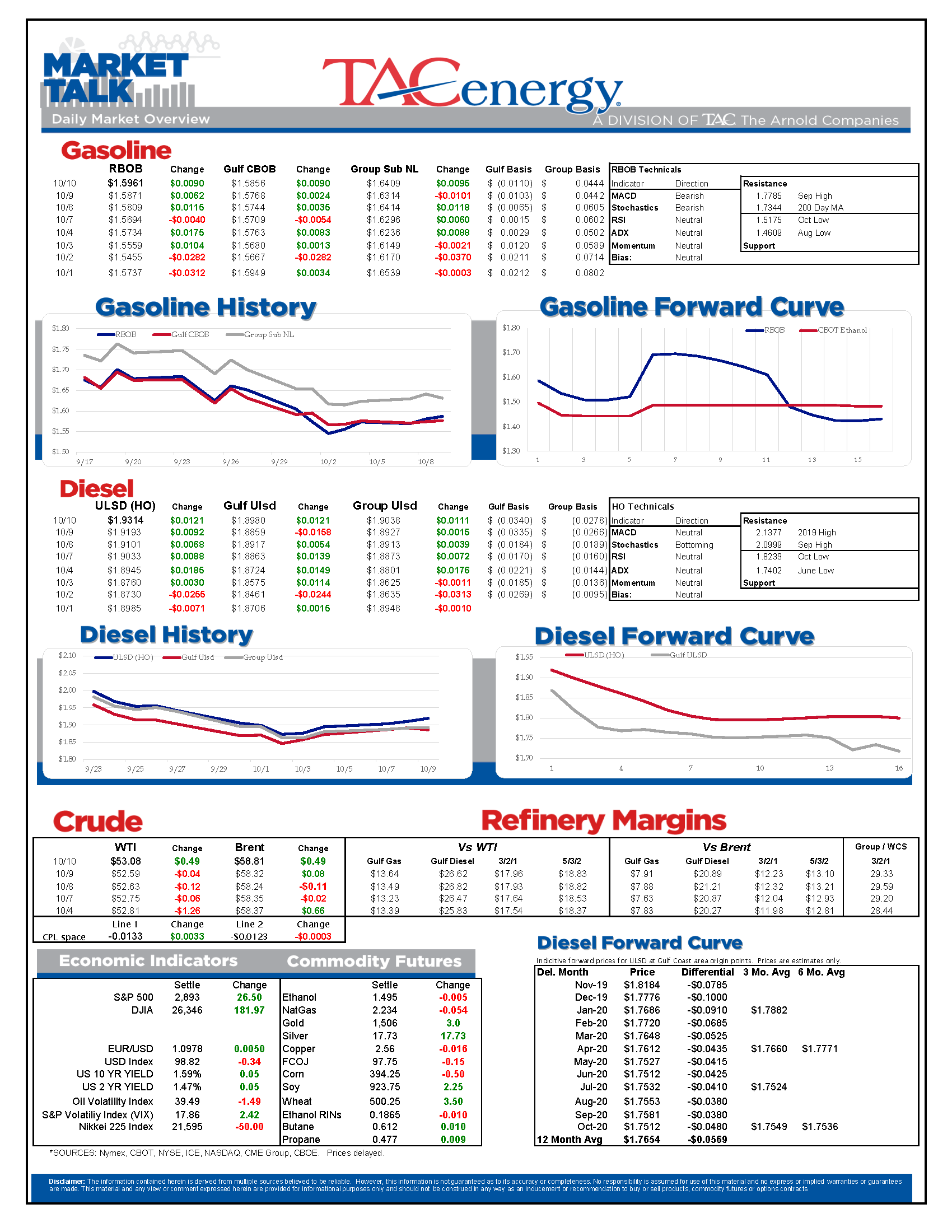