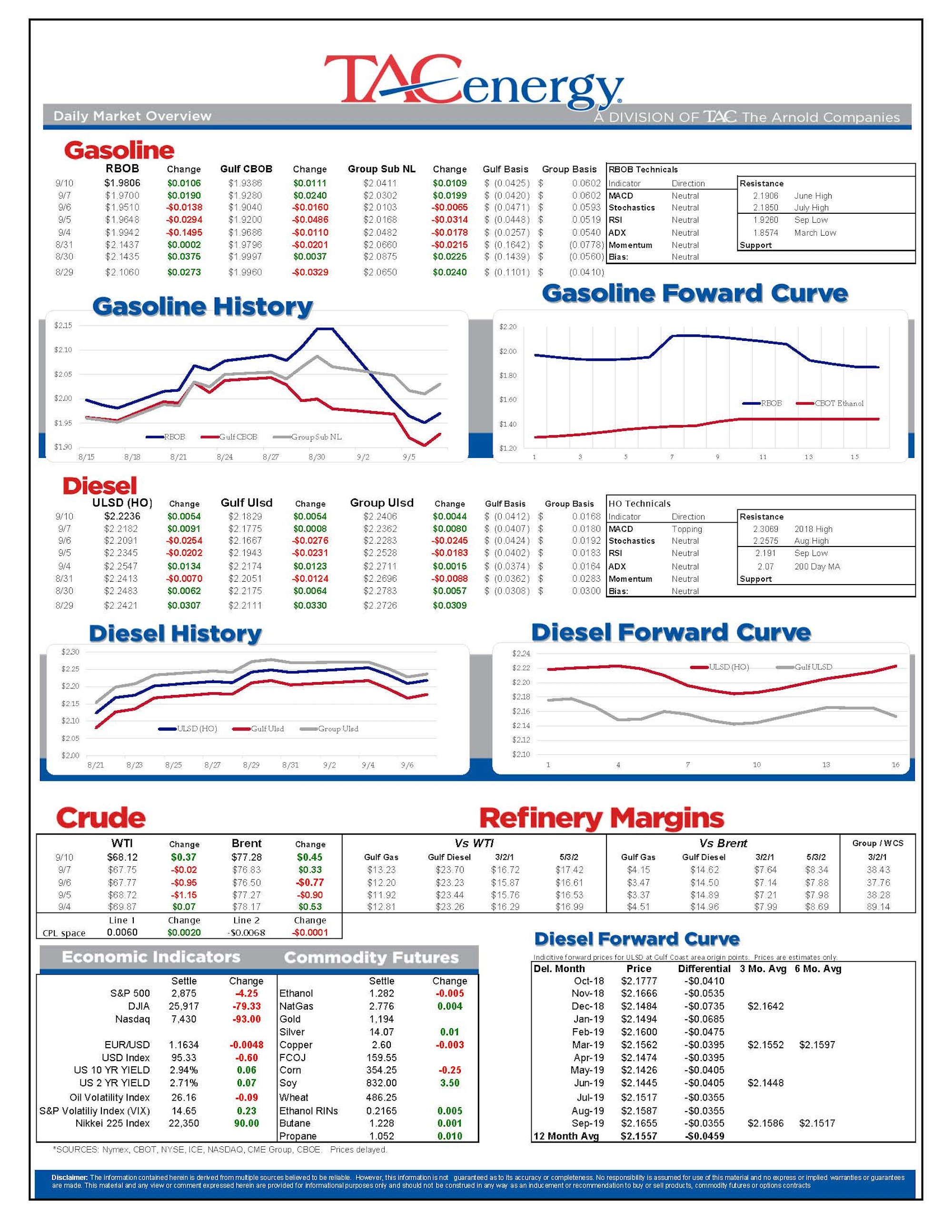 Energy futures are ticking modestly higher to begin the week as traders monitor 3 Atlantic hurricanes, and several other geopolitical storms on several continents.

Reports that the P66 Bayway refinery would be closing a gasoline-making unit last week helped RBOB futures bounce 7 cents after reaching their lowest levels since March Thursday morning, and seem to be underpinning the gasoline contract to start the action today.

Hurricane Florence is expected to make landfall near the Carolinas Friday morning. Even though landfall is expected far to the south of the Philadelphia area refineries, there are still concerns about flooding along the Delaware bay area that could cause issues both at the plants themselves, and with waterborne crude oil deliveries.

As the map below shows, Hurricane Helene is forecast to head north and stay in the open Atlantic with no threat to the US, while Isaac is still a question mark as it makes its way into the Caribbean.

Baker Hughes reported a decline of 2 active oil rigs last week, while the natural gas count increased by 2. Oklahoma and New Mexico both saw declines on the week while Louisiana increased and Texas held steady.

For the 2nd week in a row, money managers added to their net long positions in WTI, Brent and ULSD with only RBOB seeing a net decrease in speculative bets on higher prices. Those new longs were just in time for the worst weekly drop in 2 months so it seems like we could see a move in the opposite direct this week.