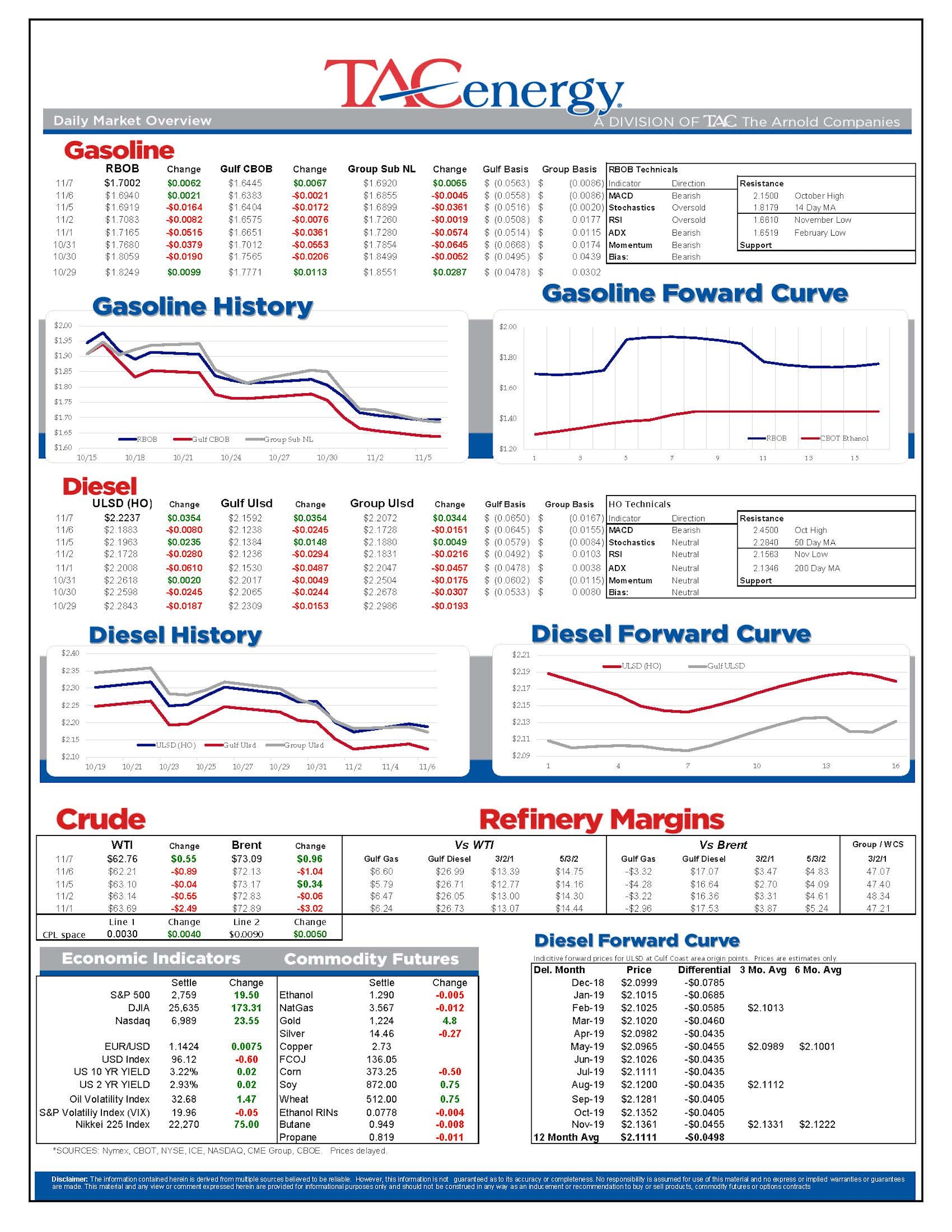 After another soft day of trading Tuesday, Rumors that OPEC may be discussing a production cut ahead of their meeting this weekend has energy futures trading higher this morning, erasing overnight losses that were sparked by a large build in US crude oil inventories.

The OPEC discussions have already been called nothing more than an attempt at “verbal intervention” to stall the price collapse. Given the challenges the cartel has faced in reaching an agreement over the past few years, may be nothing more than a good excuse to see some profit taking after prices reached multi-month lows.

The EIA released its monthly Short Term Energy Outlook Tuesday, and reduced its price forecast for petroleum products for the first time in several months as global supplies look to be building more than they expected in previous reports. The agency’s weekly status report is due out at its regular time of 9:30 central today.

A look at the forward curves: WTI and Brent show the sell-off of the past month has focused on the front end of the curve, as the global supply outlook shifted from shortage to excess, and the first few months moved from backwardation to contango as a result.

RBOB gasoline’s forward curve was fairly steady with ample supplies and soft demand a theme throughout, which also helps to explain why gasoline prices are 52 cents cheaper than Diesel. ULSD meanwhile is seeing a bit of a guessing game as traders try to determine when the IMO bunker fuel spec change due 2020 may create a shortage next year.

Colorado voters rejected a proposed law that would have sharply reduced oil and natural gas drilling in the state.