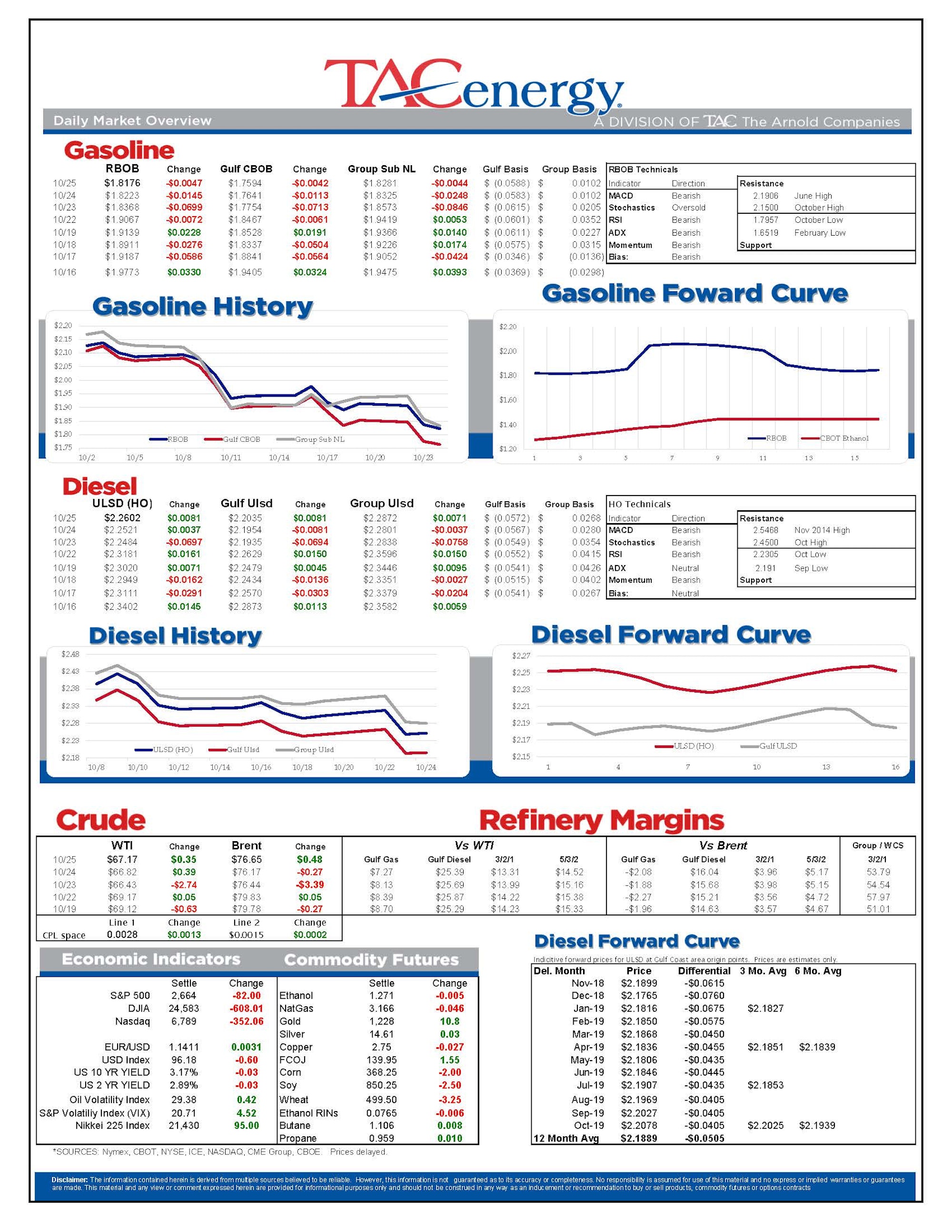 Energy futures are treading water this morning after once again being caught up in a stock market sell-off Wednesday afternoon. The weekly DOE report offered a little something for both the bulls and bears to enjoy, but ultimately the fundamentals couldn’t outweigh the influence of fear that’s gripped many markets lately.

For a while during Wednesday’s session, it appeared that energy prices had found a temporary floor and may be set for a rally. Gasoline prices got a boost immediately after the DOE report, as a draw in total inventories of almost 5 million barrels on the week gave hope that the glut of supply building along the eastern half of the country may be diminishing.

Reality seemed to set in later in the day however, as refinery production continues to far-outweigh domestic gasoline consumption, and stocks remain above their seasonal range for this time of year. When the dust settled, most gasoline prices were trading at 6 month lows to end the formal session, and then got caught up in the afternoon equity collapse to add to the daily losses.

In other news, Chevron & the EPA reached a $150 million settlement agreement to improve safety and air quality concerns following various refinery incidents over the past 6 years.