Energy futures are treading water to start the week with prices hovering within striking distance of a technical breakout that could send prices up another 10% or more this spring, but so far unwilling to commit to that move.

OPEC announced they’re cancelling their April meeting, deciding to wait until June to decide if it needs to continue with its production cuts, giving more time to assess the impact of sanctions on Iran and Venezuela on global supplies and prices.

A trio of fires over the weekend have so far failed to spark a rally in product prices, although it’s still unclear whether they’ll impact regional supplies. Friday saw a fire at the P66 plant in Carson, CA, Saturday there was a fire at Exxon’s Baytown facility, and Sunday saw a fire in 2 tanks containing gasoline components at a Deer park terminal facility. The lack of reaction so far in prices may reflect a wait and see attitude by traders skeptical that this will impact supplies, but is also likely a reflection that these facilities aren’t tied directly to the NYMEX contract delivery points in the New York Harbor.

Refined products continue to find strength from planned and unplanned refinery downtime, with numerous reports that plants have been taking advantage of weak margins to start 2019 to front load maintenance for the expected demand surge in the back half of the year ahead of the marine diesel spec changes.

Money managers continue to be unenthused by petroleum contracts in 2019. Brent and WTI did see small increases in speculative net length last week, but they remain well below year-ago levels, and towards the bottom end of their 5 year seasonal ranges. RBOB is the only contract seeing above-average speculative bets on higher prices, with managed money net length increasing for the 5th time in 6 weeks. The net short position held by swap dealers in WTI did increase for a 2nd straight week, suggesting producers may be using the recent run-up in prices to begin hedging more of their anticipated production.

The great transition continues as the EIA noted that the US Gulf Coast (PADD 3) became a net exporter of crude oil in the last 2 months of 2018. The Midwest (PADD 2) is now the largest importer owing to Canadian shipments via (mainly) pipeline and rail. 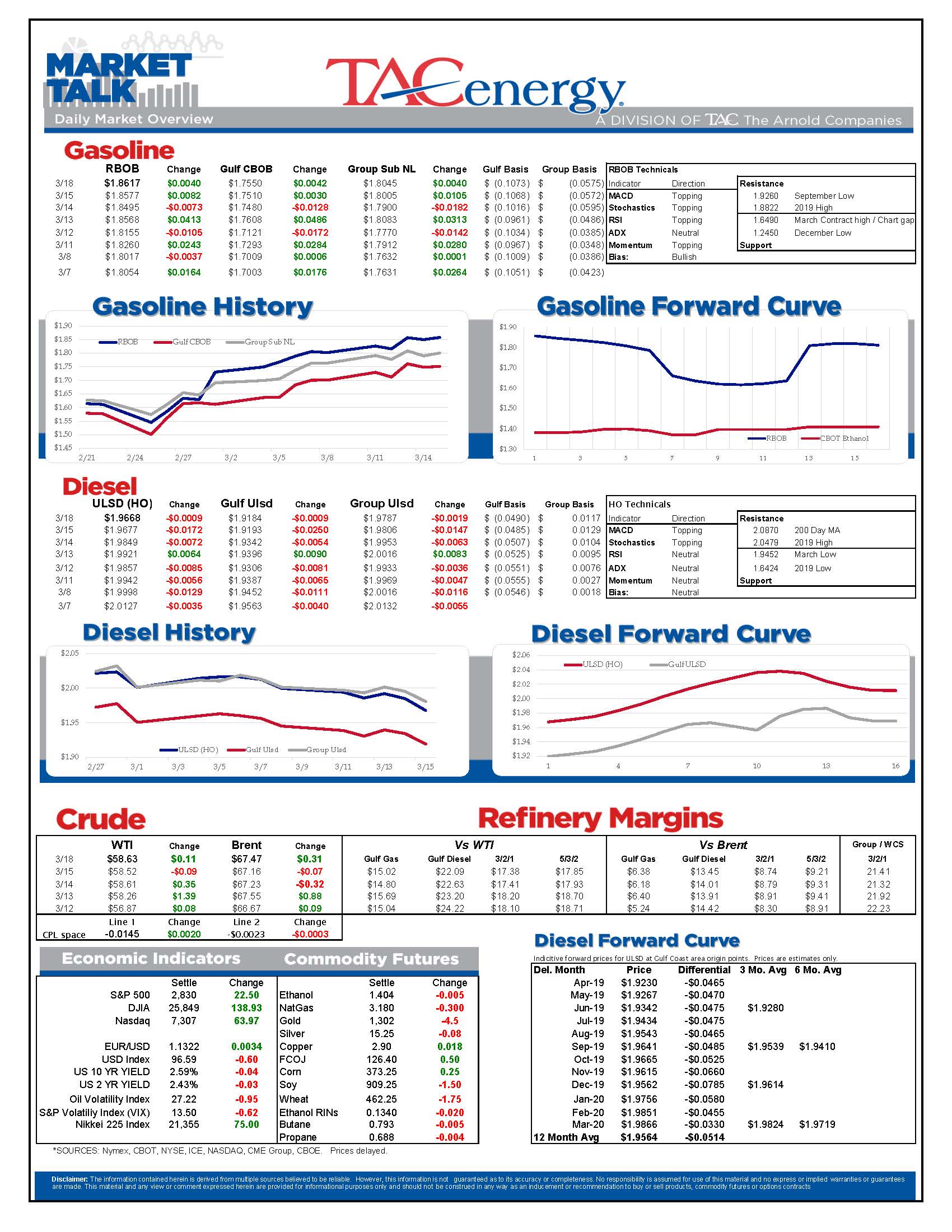 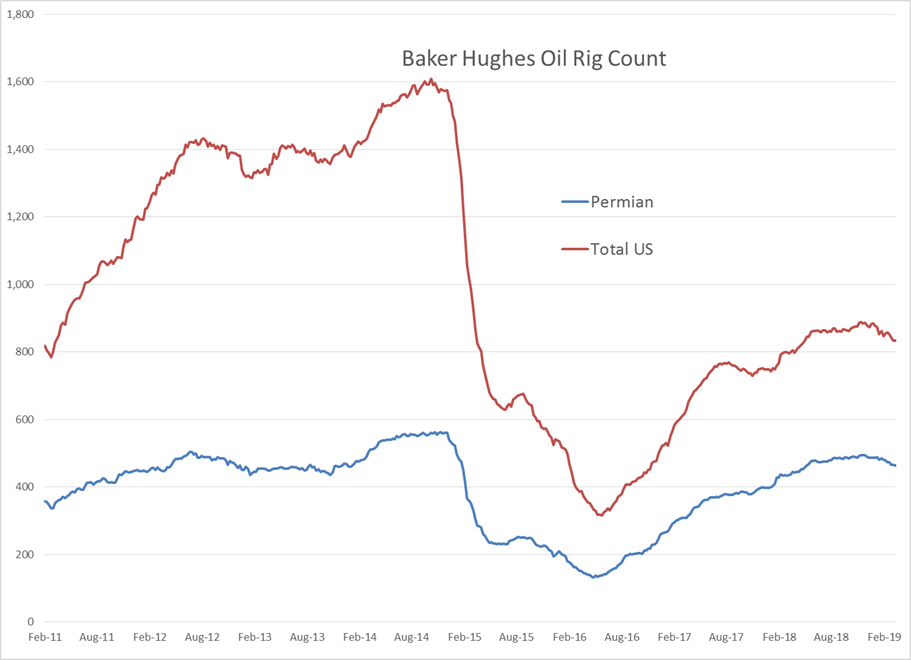