Energy futures are coming under pressure again this morning, after managing to pull themselves back from the brink of another collapse in Tuesday’s session. Inventory builds are taking the blame for the early selling, and we’ll just have to wait and see if this move lower will be sustained. If the black Friday lows get taken out this week, charts favor another 5-10% slide in short order, but if we continue to see early selling turn into late-day buying, that may be enough to spark a long overdue recovery rally.

The API was reported to show a build in crude oil stocks of more than 3.4 million barrels last week, along with an increase of more than 1.1 million barrels of distillates. Gasoline stocks were estimated to have dropped by 2.6 million barrels last week, consistent with the annual spike in demand ahead of the Thanksgiving holiday. The EIA’s report is due out at its regular time this morning. Refinery runs will be an important number to watch to see how quickly plants are coming back online after a busy fall maintenance season.

The G20 meeting this weekend is being watched closely as Oil’s new power brokers will be in attendance, and could possibly come up with a more meaningful agreement than whatever OPEC may decide in its meeting next weekend.

The EPA is expected to publish the final 2019 Renewable Volume Obligation figures by the end of this week. There have been plenty of last-minute statements from both the Oil & Ag lobbies, and both sides of the political aisle leading up to the announcement, but it appears that the EPA will not reallocate waived biofuel volumes as some had hoped, which should keep a lid on RIN values for now. 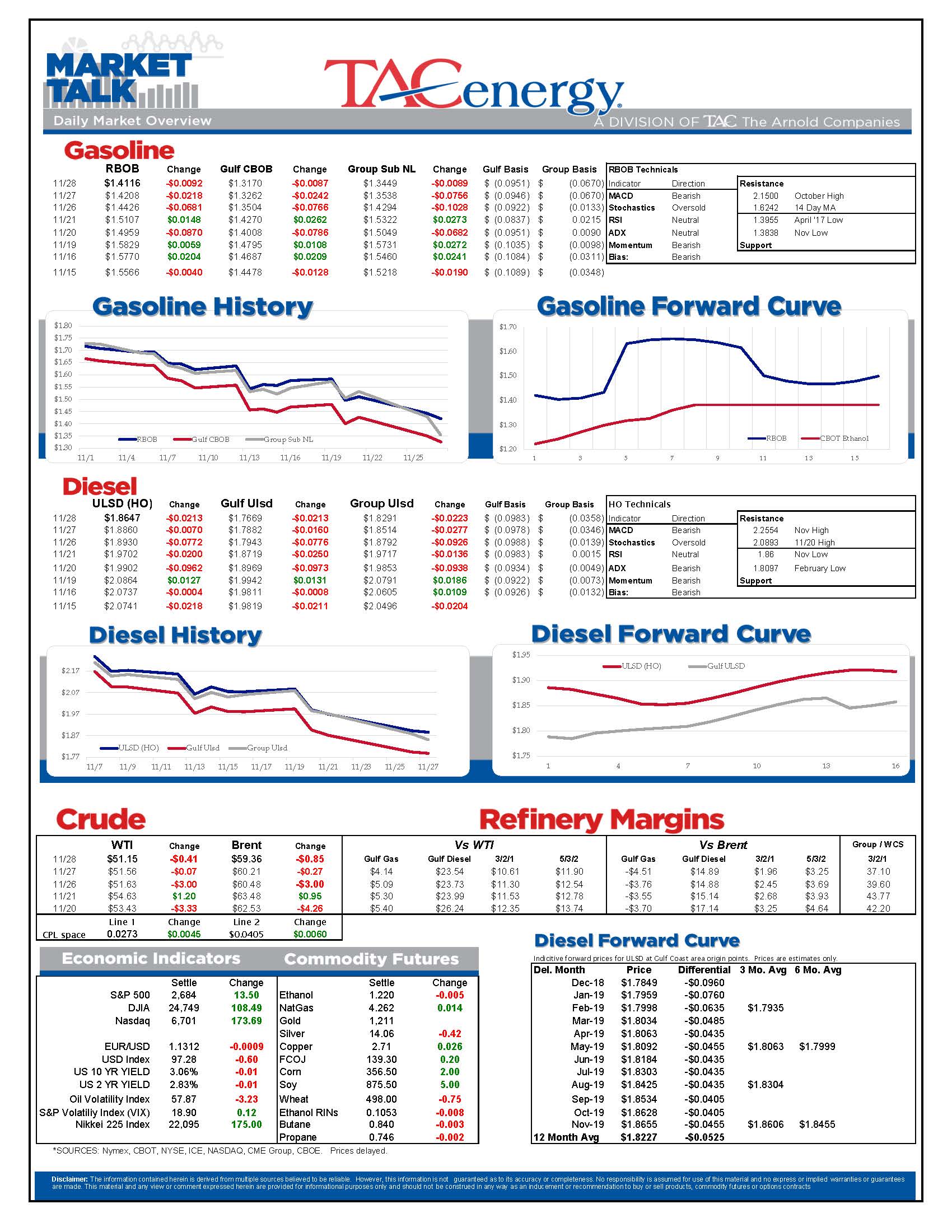