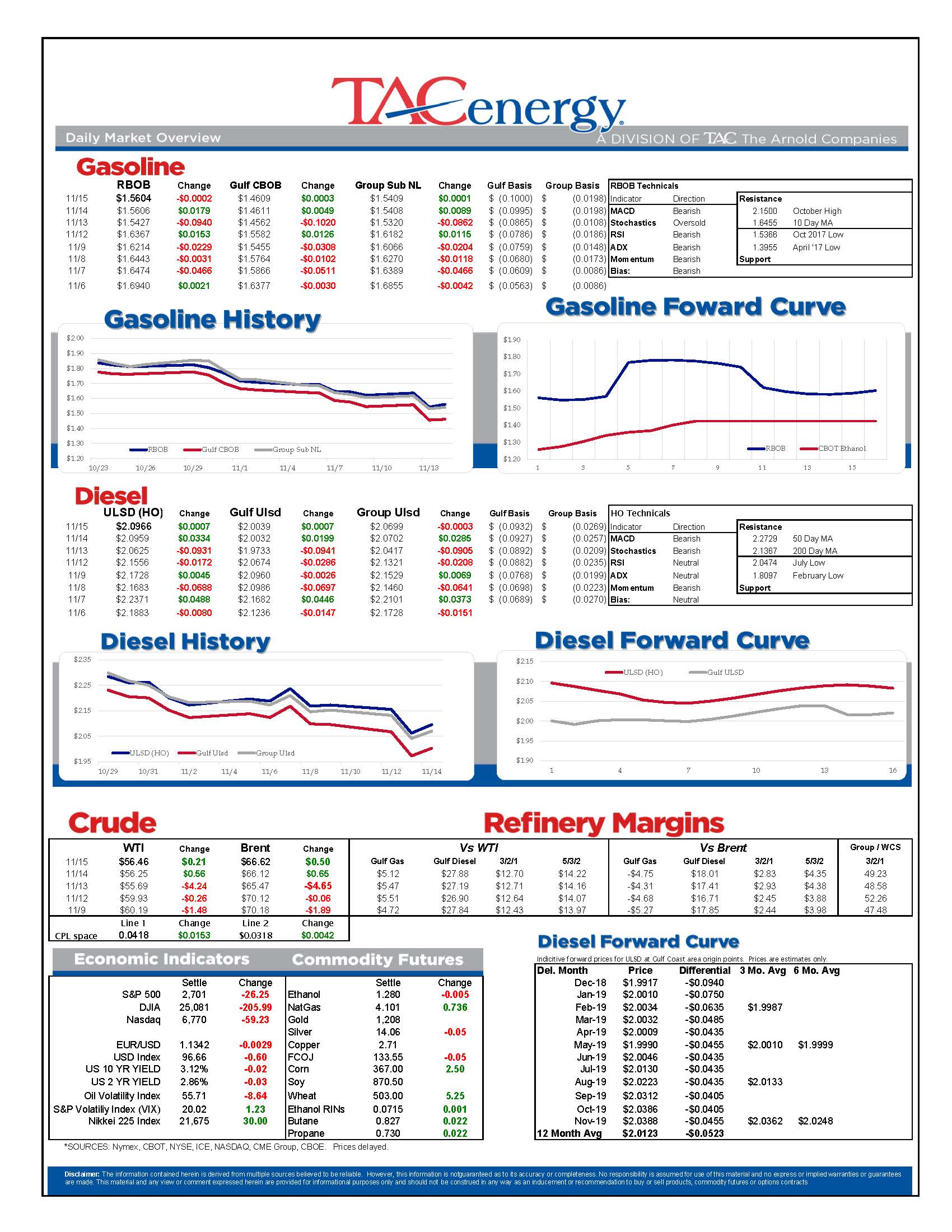 The energy market is trying to find a bottom this morning after 4 weeks of selling have pushed most petroleum contracts to 6-8 month lows. US sanctions against Iranian interests are officially in place, but waivers granted last week and an attempt by European nations to find a legal workaround are suggesting that global supplies may remain ample near term.

The early bounce was foreshadowed by several short term technical indicators that had moved further into over-sold territory than they’ve been at any point this year, which begs for a short term correction. Longer term the technical landscape looks to be more bearish with the 15 month old bullish trend being broken in October, there still looks to be a good chance that we’ll see an attempt at WTI in the $50s and Brent in the $60s later in November.

Money managers don’t appear to be enjoying the ride on the energy elevator with another week of across-the-board reductions in their net long holdings. The selling by those funds leaves the speculative bets on higher prices for Brent, WTI and RBOB all at their lowest levels of the year. At some point these holdings could become an indicator that a bottom is near (once the liquidation by speculators is over) but despite the selling over the past 4 weeks, most energy contracts still show speculative length above their previous 5 year average.

Baker Hughes reported a decline of 1 oil rig last week, the first time in 4 weeks that the US has seen a decrease in drilling activity.