The back and forth continues for energy markets after surviving another heavy wave of selling Wednesday, as traders react to the weekly inventory reports and a slew of minor supply disruptions across the midcontinent due to storms.

The API reported a draw in crude oil stocks of 5.3 million barrels, and a drop in distillates of 2.1 million barrels, while gasoline stocks increased by 2.7 million barrels. The overnight price reaction seems to match that report with WTI trying to hold onto gains, while RBOB futures try to drag the complex lower. The DOE/EIA’s report is due out at 10am central today.

More pipeline, refinery and terminal issues are popping up around the US due to the rash of severe storms that continue to sweep across the country. Wednesday the Explorer pipeline reported plans to shut part of its line near St. Louis due to flooding, while numerous terminals in the Midwest were said to be either running out of products, or forced to close directly or indirectly due to the storms. In some cases, power losses are to blame, while in others there are suggestions that the disruptions on crude pipelines and takeaway capacity from barges is forcing refineries from IL to LA to cut runs.

Interesting timing: A new note from the EIA this morning details the race to build new oil pipeline capacity in the Gulf Coast and Midwestern regions.

Interest rates took credit for much of the pessimism Thursday that had both equity and energy prices selling off sharply early in the day. The 10 year treasury yield dropped to its lowest level in nearly 2 years, while the treasury yield curves continued to get steeper. Bulls will shrug off the yield curve warning – suggesting that metric has predicted 7 of the last 3 recessions – while bears see this as a clear sign that investors are taking money off the table and buying up treasuries in a flight to safety.

Meanwhile, the US economy continues to keep chugging along with the 2nd look at Q1 GDP readings holding steady north of 3% this morning, which seems to have given both equities and energy futures a small boost off their overnight lows.

Reports that the US was blaming Iranian mines for the sabotage on 4 tankers in the Gulf of Oman earlier in May may have stirred markets up briefly during Wednesday’s afternoon bounce, but it appears the market is largely shrugging off that news as both sides seem to have limited their saber rattling in recent days. 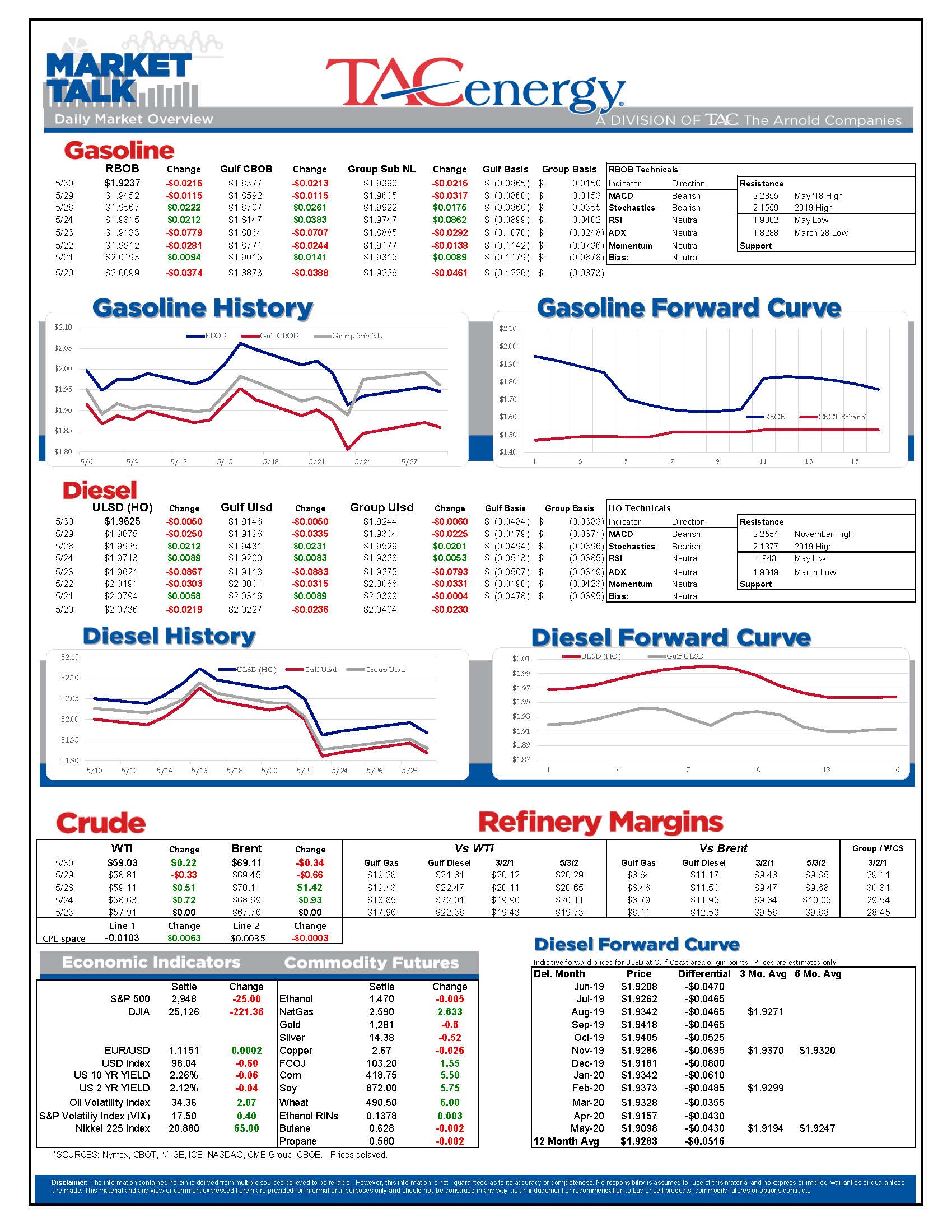 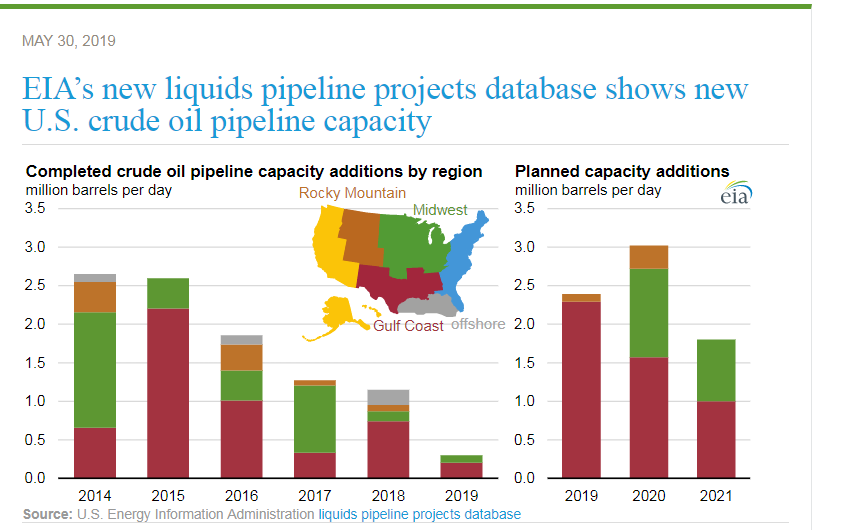