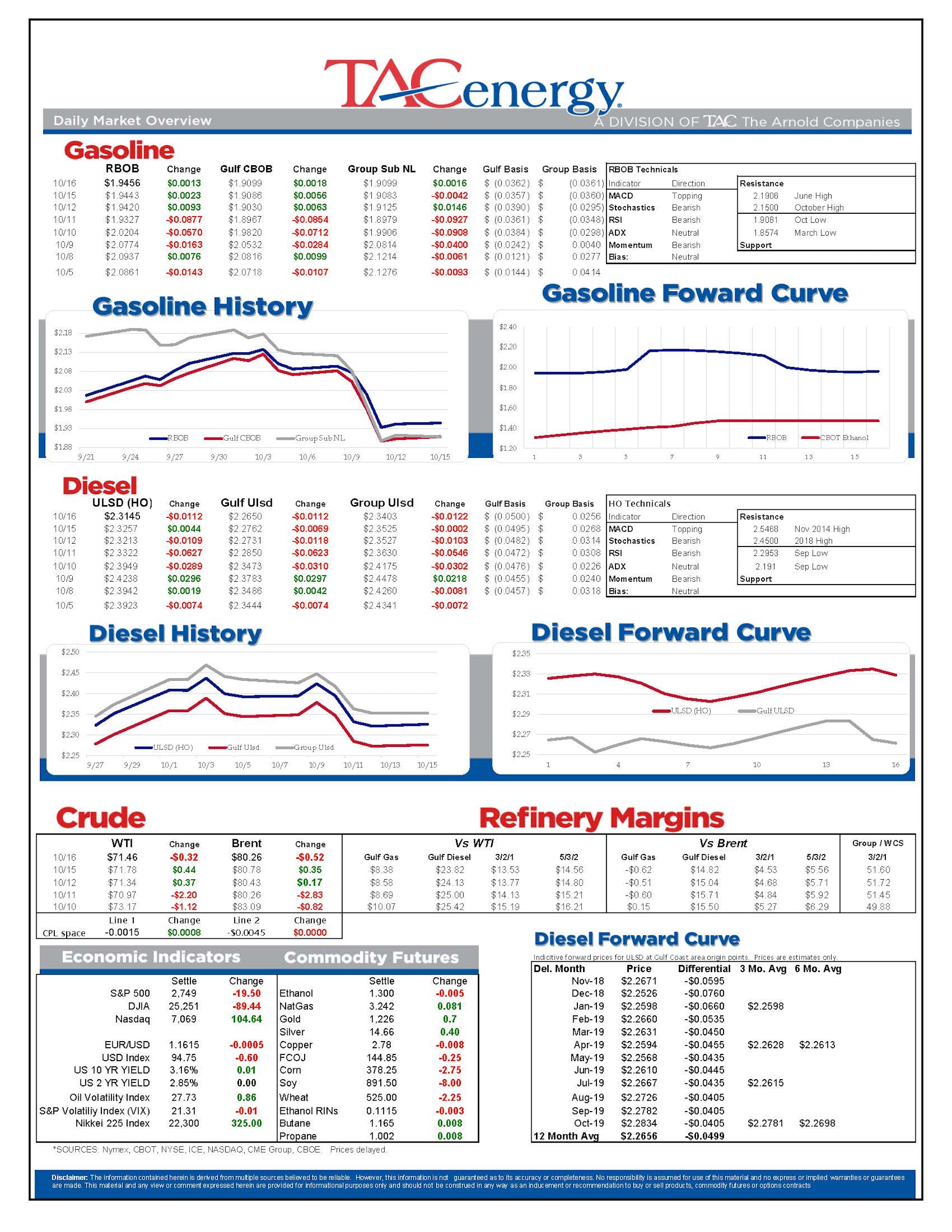 Energy markets are trading modestly lower to start Tuesday’s session as global equity markets seem to have settled down a bit, as has the rhetoric over tensions between the US and Saudi Arabia, which only yesterday had several market watchers calling for $100 and even $400 oil prices if the world’s largest producers decided to brandish the oil weapon.

Right on cue, the EIA published a note this morning highlighting the rapid changes in the US Energy Trade balance over the past decade, with Canada now sending more oil to the US, than the rest of the world combined.

The good news for US consumers with those Canadian imports is that prices are less affected by issues such as the tensions with Saudi Arabia (as several news outlets have highlighted this week, it’s not 1973) or even the sanctions on Iran. Unfortunately for Canadian producers, since most of its exports go to US refiners, logistical bottlenecks coupled with a busy maintenance schedule for refiners as we’re seeing in PADD 2 currently has driven prices to the $25 range even while other oil grades are still going for more than $80.

A week after an explosion shut the Irving refinery in Saint John NB, the Canadian version of OSHA has still yet to examine the site due to safety concerns, leaving plenty of uncertainty as to when the plant will resume operations. The refinery is above average at 320,000 barrels/day, but it’s location is what gives its strong influence on US gasoline and diesel markets from New York City through New England, meaning it could still create a price reaction for futures markets even though the downtime has become yesterday’s news.