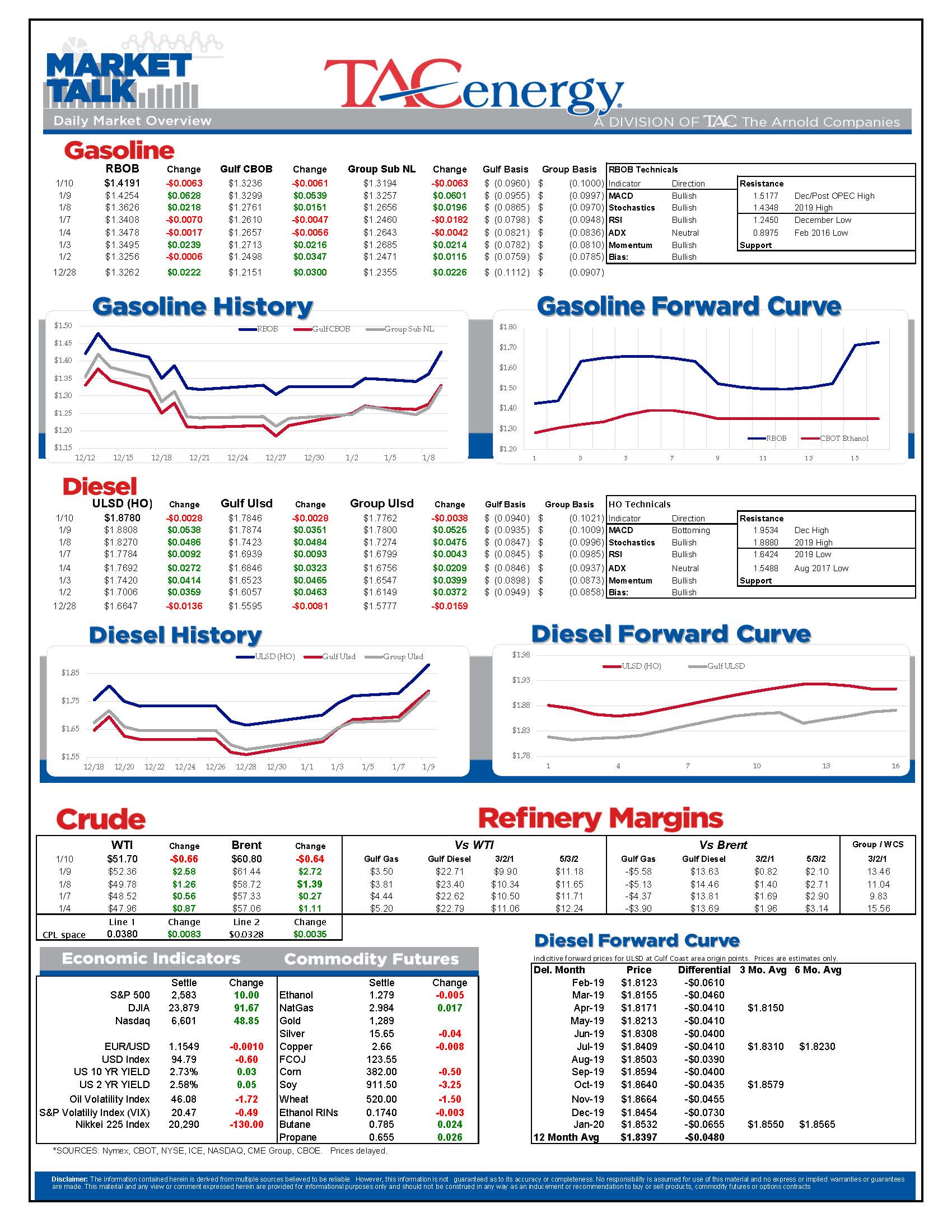 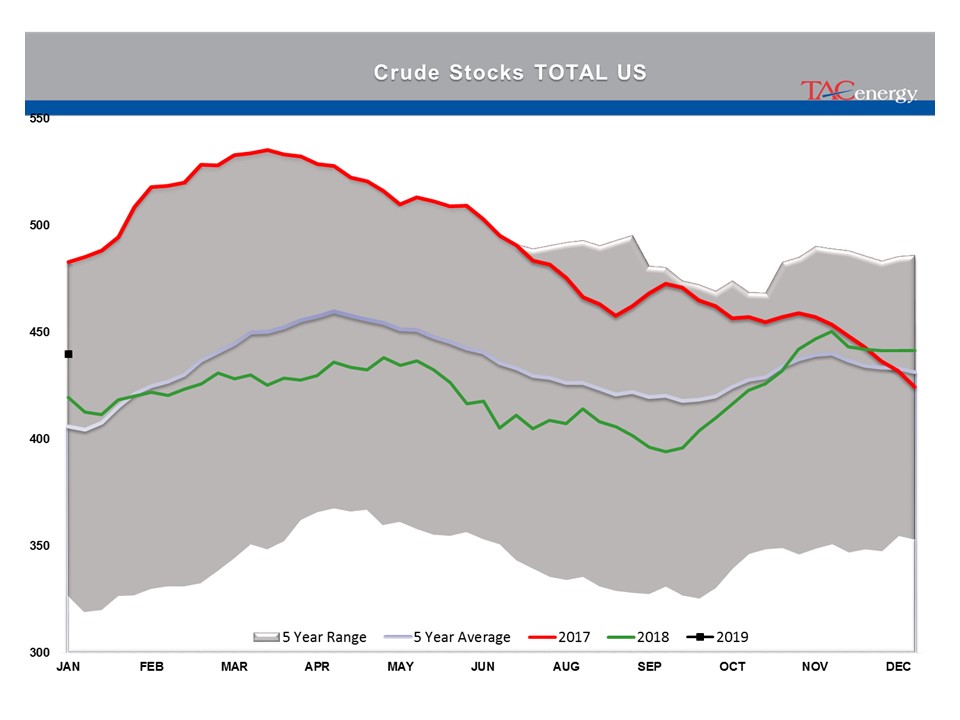 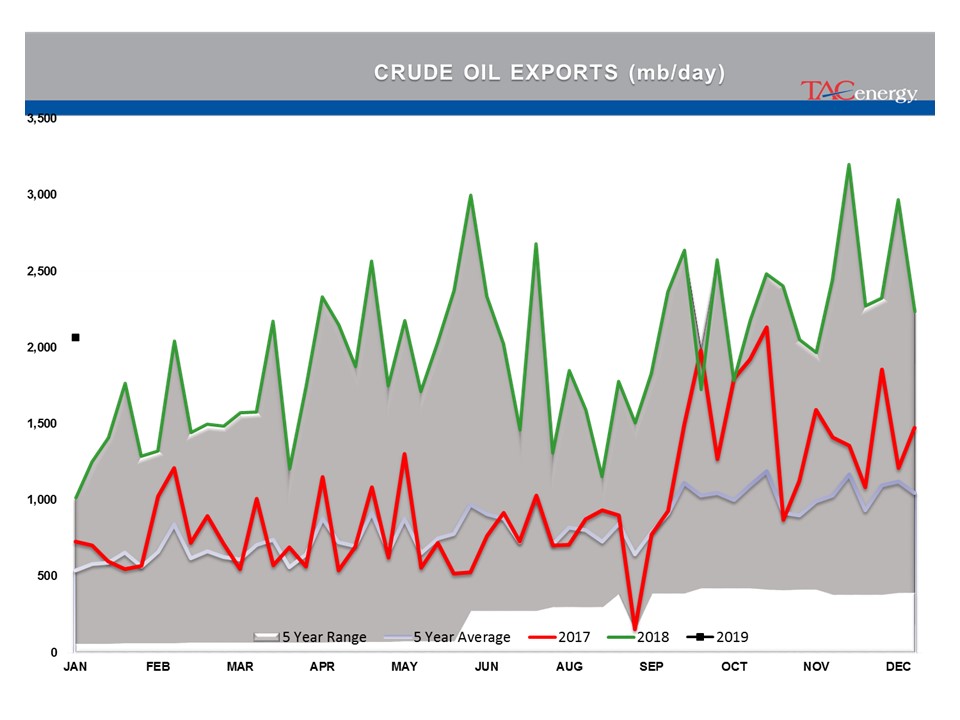 If all you saw were the 5-6 cent price increases in refined products Wednesday, you might have assumed that the weekly DOE report had some bullish figures. In reality, that report showed some of the worst demand figures and largest inventory builds in years, and yet those fundamental headwinds seemed to only matter for a few minutes as energy prices were caught up in a technical breakout.

Although there is some modest selling to start Thursday’s session, WTI prices are still up more than 20% from their Christmas even lows, and the entire petroleum complex looks poised to test its December highs, some 7-10 cents above current levels for refined products.

The weekly demand estimate for distillates fell to a 2.9 million barrels/day, marking a 3 year low, nearly 2 million barrels/day lower than the record high we saw just 3 weeks ago. The good news is that we typically see a dramatic demand drop this time of year, and in each of the past 5 years we’ve seen demand pop right back north of 4 million barrels/day by the 4th week of the year. The bad news, at least from a refining perspective, is that the demand drop is coinciding with US Diesel production setting new records, driving a 20 million barrel inventory increase in just 2 weeks.

Gasoline inventories also had a large build last week, and have risen by 15 million barrels in the past 2 weeks, but have not seen nearly as dramatic of a demand drop as we often see in early January. Demand estimates are slightly lower than a year ago, but remain above the 5 year average for this time of year.

US Refineries just finished another record setting year for run rates, and are starting 2019 at an even faster pace. Expect that refinery run rate to drop over the next several weeks however as we typically see a decline of around 2 million barrels/day for the early maintenance period ahead of the spring transition.