Energy prices continue their choppy trading action, starting Thursday’s action with modest gains, after another selloff Wednesday. The IEA’s monthly oil market report seems to be contributing to the optimism this morning, with a global demand forecast that’s less bad than previous estimates.

Yesterday’s DOE status report showed U.S. crude oil stocks declining for the first time in 16 weeks, as lower production and fewer imports were able to offset another drop in refinery runs, while export volumes of oil held relatively steady. Cushing, OK stocks dropped by more than one million barrels on the week, leaving inventories at the NYMEX delivery hub some seven million barrels below the record levels set in 2017, and suggesting the May contract plunge into negative territory last month was less about tankage, and more about amateur trading.

The DOE report also suggest the industry may have over-healed its gasoline containment issues from a month ago, and now left itself with diesel containment challenges. While several regional markets are now facing short term gasoline shortages due to demand picking back up more quickly than supply can keep up, diesel inventories have spiked from below their seasonal range five weeks ago, to above the top end of that range currently.

Right on cue, Colonial Pipeline filed for a temporary rule change with the FERC Wednesday, which would allow the pipeline operator to liquidate product that was shipped without a capable receipt destination at negative values if necessary, and charge the shipper back for any pipeline delays or shutdowns caused by “shipper misbehavior.” The filing cites merchant storage along its destinations filling to capacity and an uptick in product being shipped without a valid destination, forcing the company to auction off more abandoned product.

So why did gasoline prices drop seven cents on a day when inventories were reported to decline for a third week and U.S. demand ticked up by eleven percent? It’s hard to make a strong fundamental argument based on the headline data – although gasoline output was up more than demand on the week, and exports dropped sharply for a second week. With U.S. refiners becoming more dependent on exports in recent years to balance the fundamental equation, last week’s plunge to new five-year lows for gasoline exports could spell trouble longer term if it doesn’t reverse course soon. In addition to the export and production swings, there’s a technical argument for the heavy wave of selling once RBOB futures failed to break resistance and formed a short term rounding top on the chart. That technical weakness suggests that unless RBOB can get back above $.90 to end the week, there’s more selling likely in the back half of May. 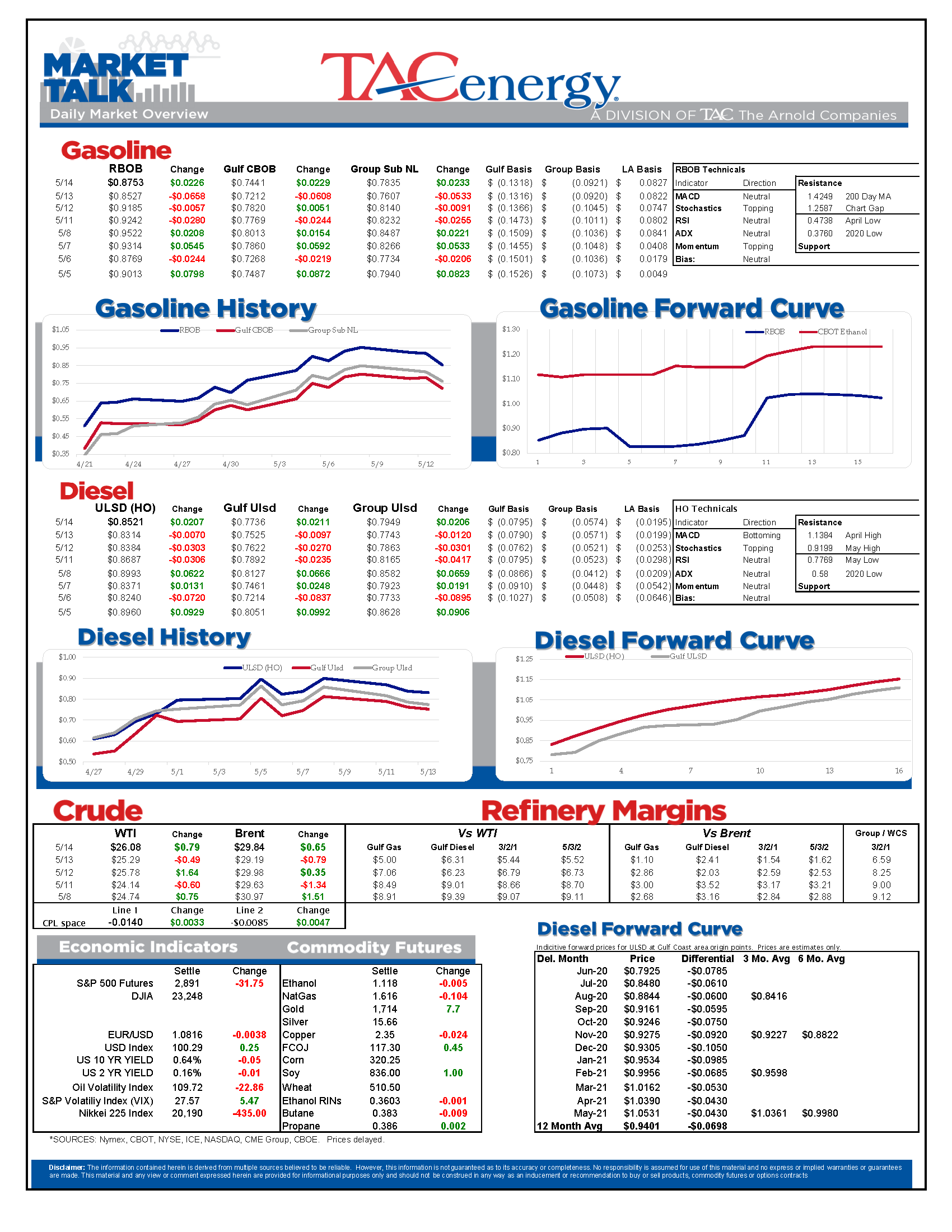 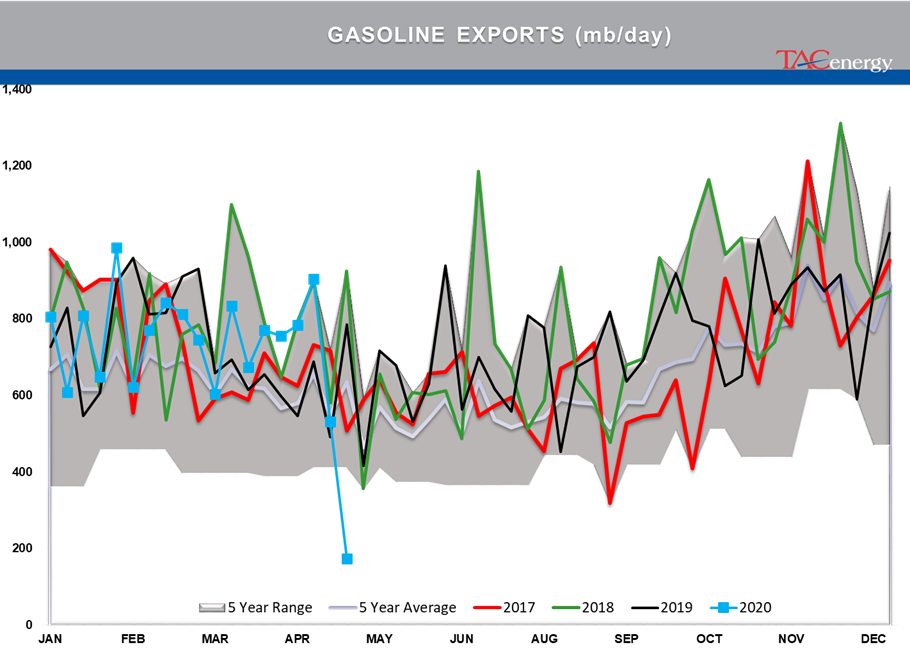