Storm threats and a large inventory decline have energy prices in full rally mode this morning, with most contracts up 2% or more on the day already. The 2-day rally following Monday’s brief sell-off puts the complex within striking distance of its June & July high trades, and could mean a technical breakout if they can move above those levels. Then again, this could just be another head-fake in a choppy market if the storm passes without causing major damage.

The latest forecasts increased the probability that this storm system will become at least a tropical storm by the weekend, and the current paths have it headed towards the refining hub around New Orleans, which is home to roughly 14% of US refining capacity.

While the storm itself doesn’t appear particularly impressive compared to previous hurricanes to hit the area, the heavy rain forecasted comes at a time when the Mississippi river is already at flood stage, along with numerous other waterways in the area. That means this system is more likely to cause disruptions to the waterborne traffic of crude and refined products, even if the refineries themselves manage to escape any damage.

Read this Accuweather note for more detail on why this storm will threaten the Gulf Coast and other parts of the US.

The API was reported to show US crude oil inventories declining by 8.1 million barrels last week, while gasoline stocks dropped by just 257,000 barrels. Distillate stocks actually saw a healthy build of 3.7 million barrels last week, which seems a bit strange since ULSD prices are leading the charge higher this morning, up more than a nickel so far. The EIA’s weekly report is due out at its normal time. 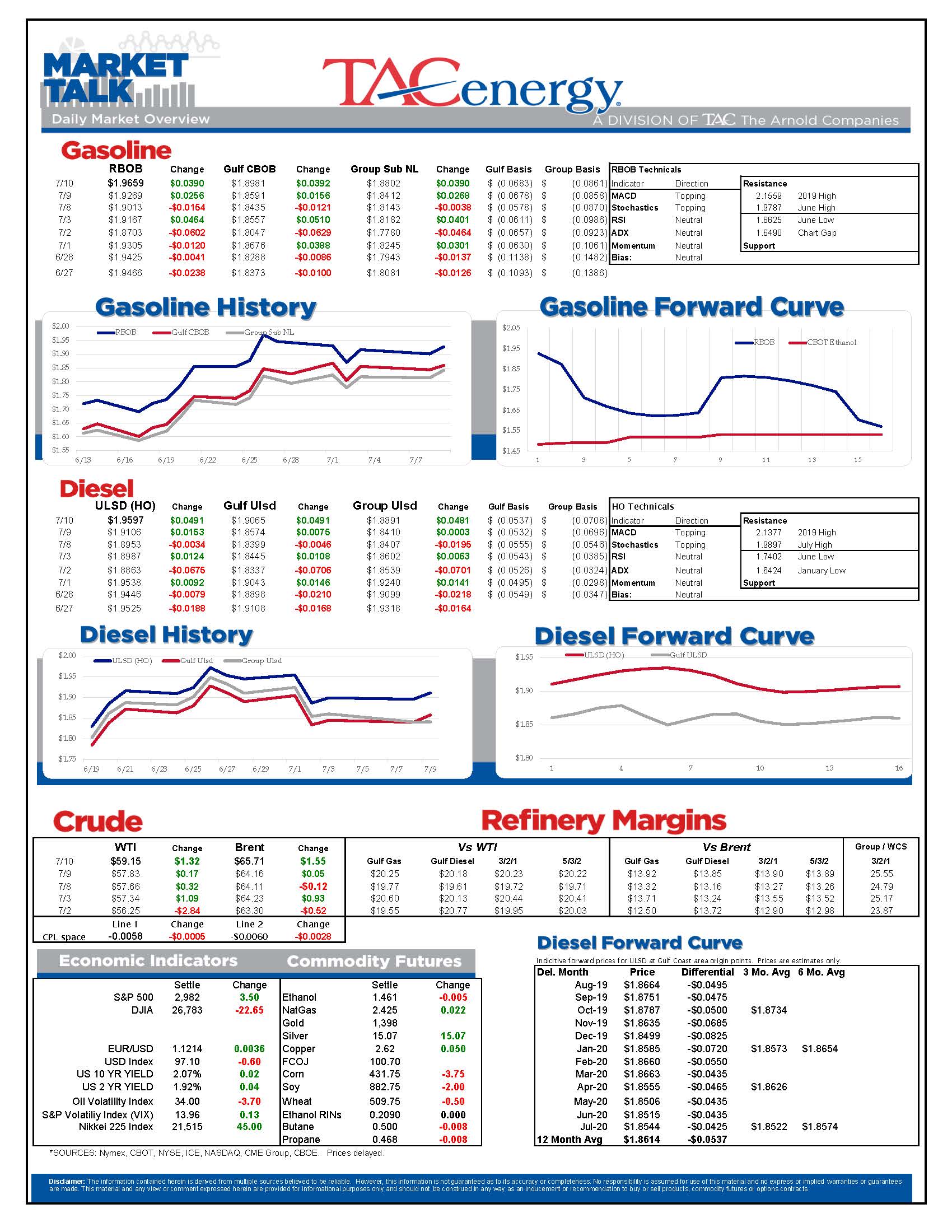 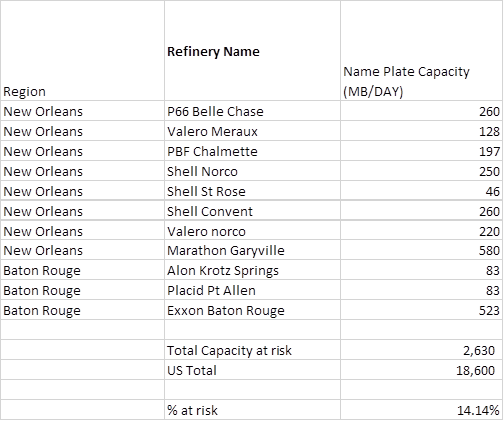 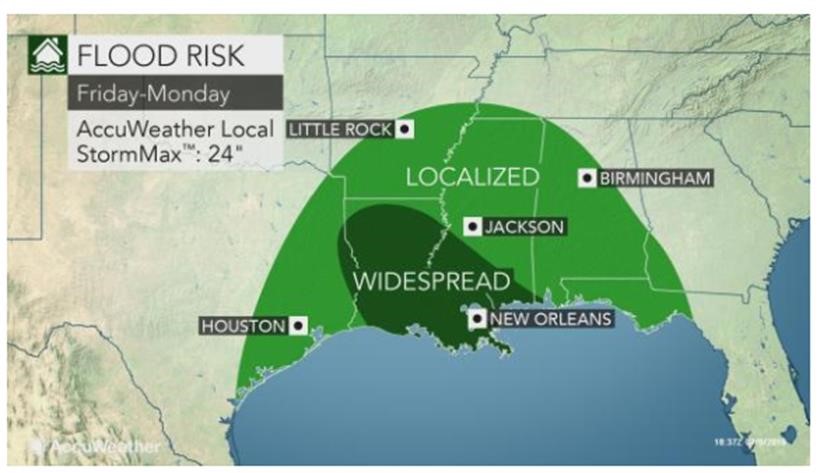