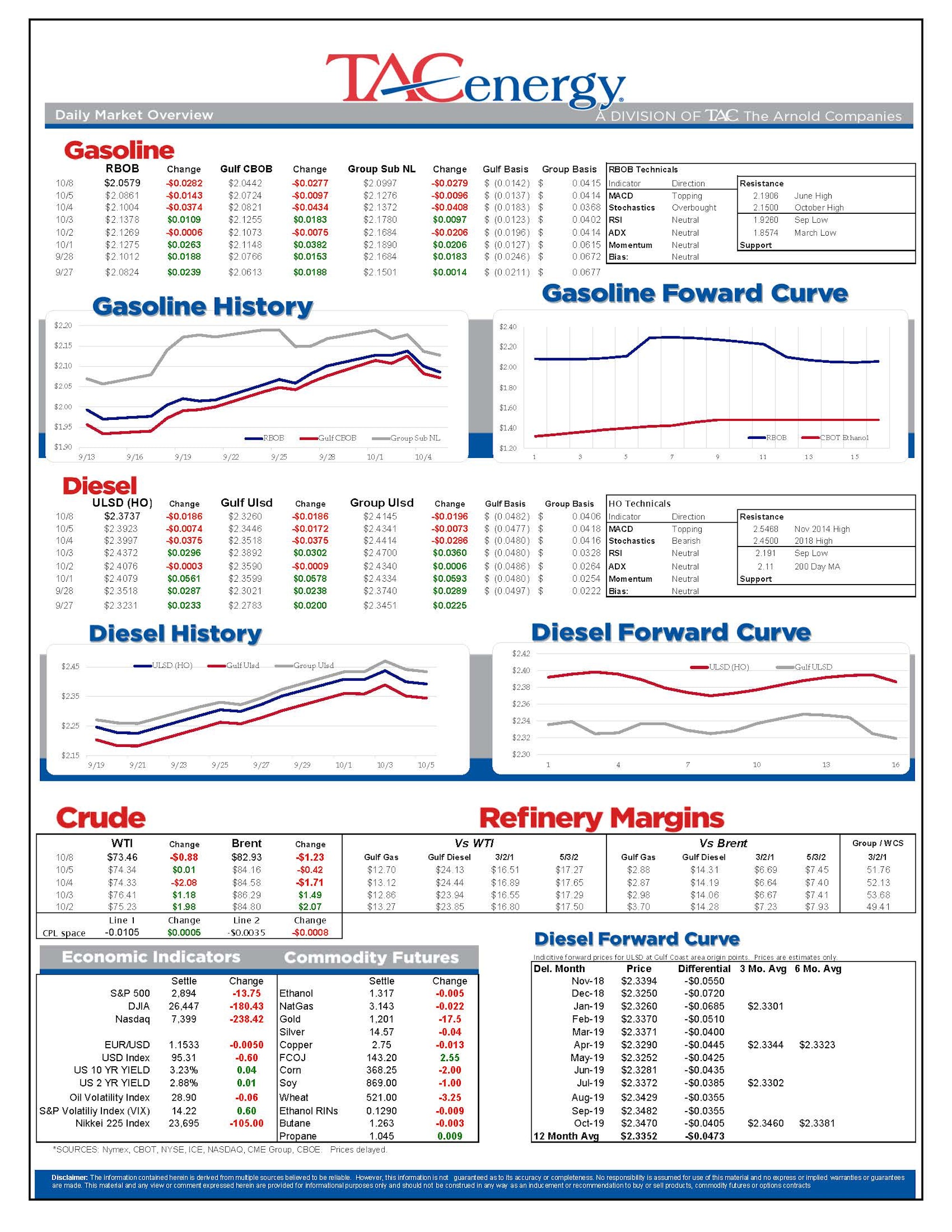 Energy Prices Selling Off Heavily To Start The Week

Energy prices are selling off heavily to start the week following reports that more Iranian oil may remain in the market after US sanctions take full effect next month. Two Indian companies placed orders for Iranian crude in November, and reports suggest the White House is at least considering some waivers on the sanctions in an effort to combat rising prices.

With a third day of selling after 3 weeks of gains, it’s time to look for technical support that could be the difference in a short term correction or a longer term change in trend. Peg the $72 area for WTI, $81 for Brent, $2.30 for ULSD and $2.00 for RBOB as good near term support layers that will be a good test of the bears’ mettle this week.

That system of showers in the Caribbean that was given a low probability of formation last week is about to become Hurricane Michael, and is heading for the US Gulf Coast later in the week. The good news for energy supply is that the current track keeps the storm to the east of the oil production and refining regions, so it should not have much impact to regional prices or inventories. As the EIA’s energy disruption map shows, there are currently no refineries in the forecast cone, and only a handful of off-shore oil rigs in the storm’s path.

Money managers trimmed back their net-length in Brent and WTI but added to the length in both RBOB and ULSD. The decline in Brent ends a 5-week streak of increases in bets on higher prices held by the managed money category of trader.

Baker Hughes reported a decline of 2 oil rigs in its weekly report on Friday, marking a net increase of 2 rigs for the summer of 2018 in the US. The total count is 116 higher than this time last year, but levels have stagnated as drillers shift to work around pipeline constraints. Right on cue, the latest in a slew of new pipeline options to take oil from the Permian is a converted natural gas line, that will temporarily haul crude until the other projects in the works come online.