Energy prices are treading water this morning, after surviving another sell-off attempt overnight. The headline battle between trade war and shooting war fears seem to have reached a temporary stalemate, although we’re hovering just a few percentage points near the June lows that will need to hold up to avoid another wave of selling.

The FED’s Open Market Committee (FOMC) starts a two day meeting today. The CME’s FedWatch tool shows only a 25% chance of an interest rate cut announcement in tomorrow’s statement, but traders are giving an 89% probability of a cut in July, so we should expect some foreshadowing from this meeting.

We don’t talk about biodiesel RIN values often, but they’ve increased by 50% in the past few weeks as diesel values have dropped, eroding the economic incentive to blend bio into traditional diesel. Ethanol RIN values have also seen a bounce, albeit a much more modest one, as crop concerns sent corn prices to 5 year highs, and ethanol prices to 2 year highs.

The WSJ is also reporting that after a trip to Iowa, the President has asked the EPA to consider further changes to the RFS to help farmers that don’t think the recent E15 ruling went far enough to stimulate demand for ethanol. 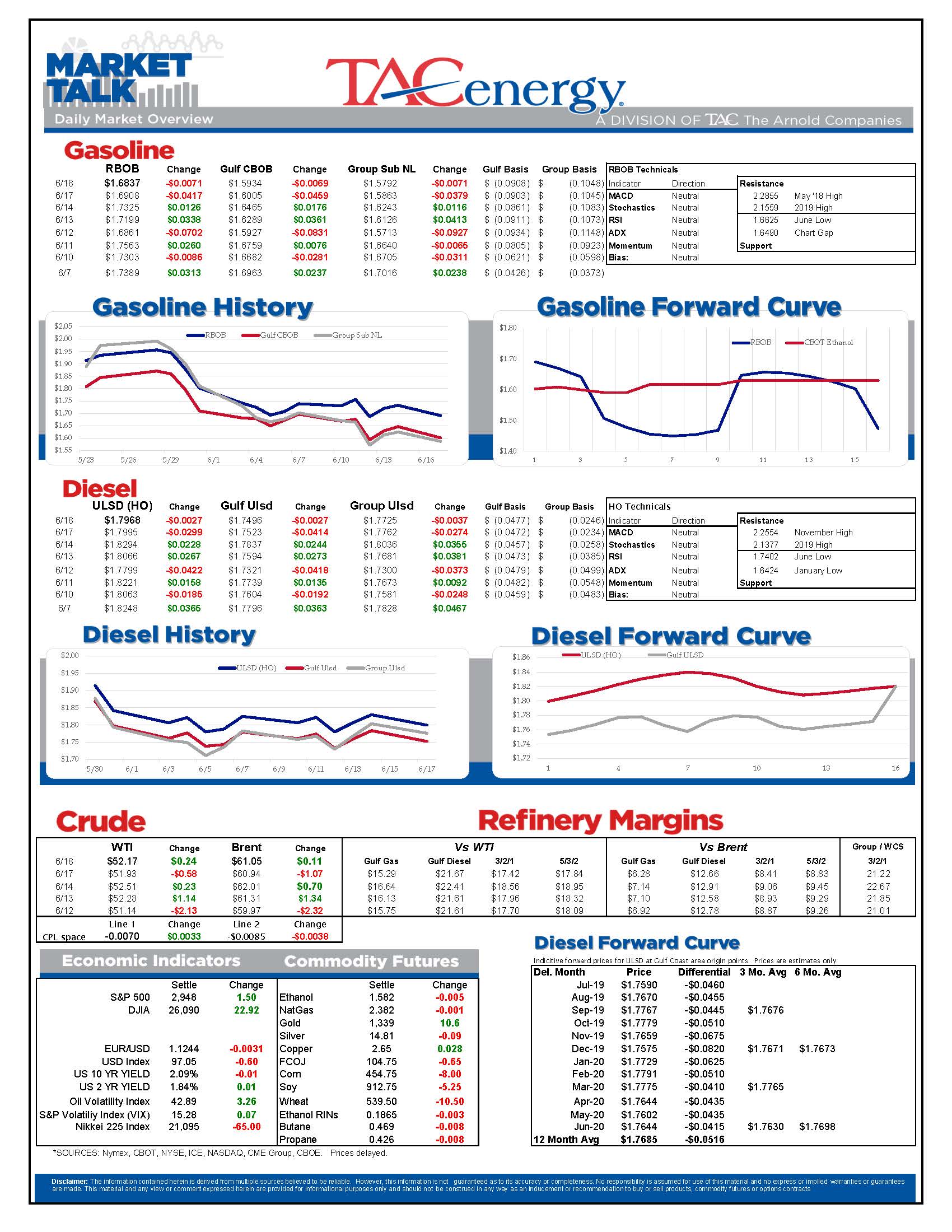 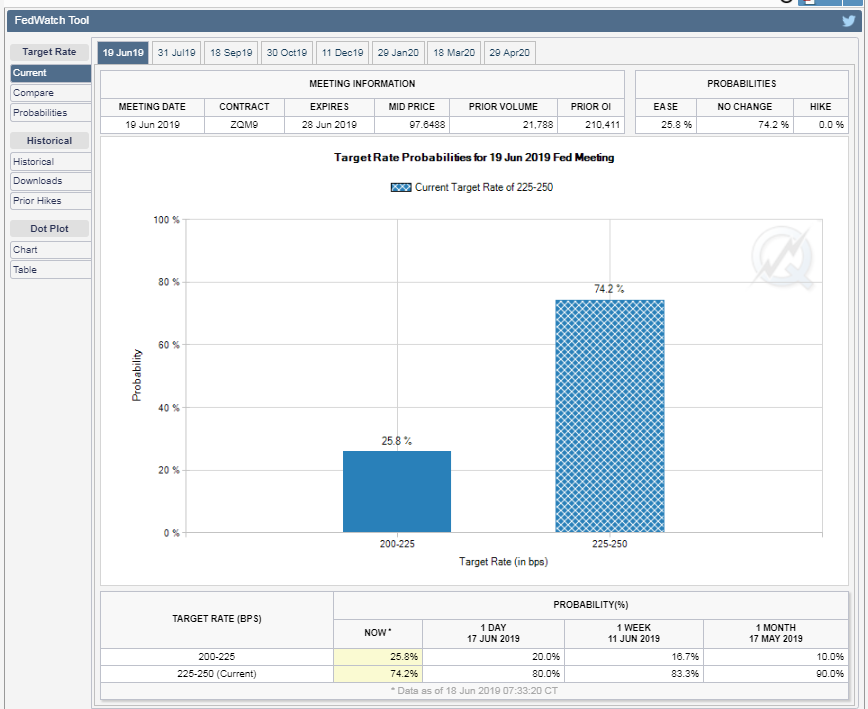 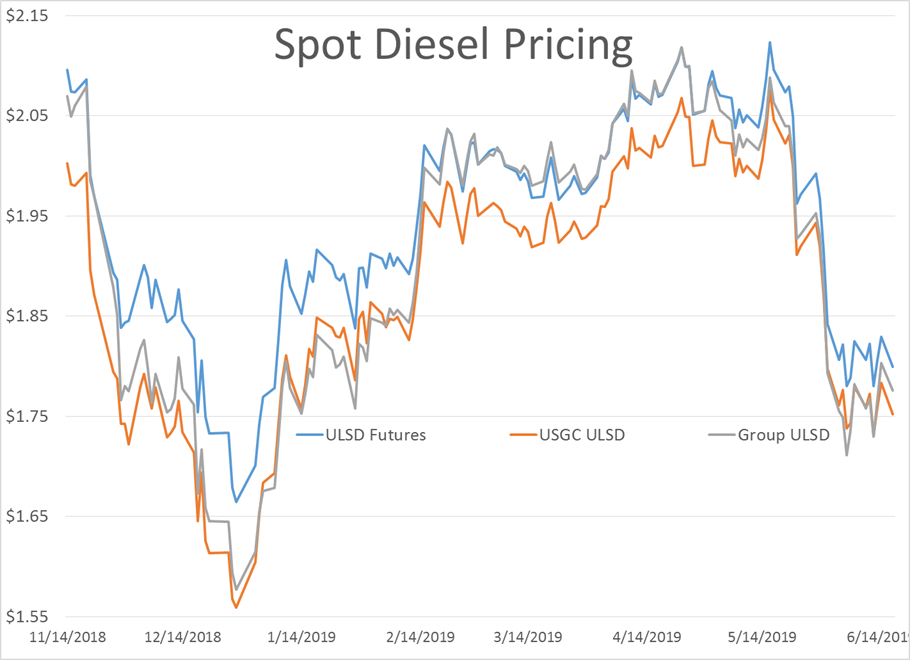