Energy prices are treading water this morning as the storm threat was reduced slightly overnight, and the IEA threw cold water on the bulls in its monthly report.

The latest forecast for Barry is a bit better than prior days, with the odds that this storm won’t reach hurricane strength increasing, and the path shifting far enough west that it might spare the New Orleans and Baton Rouge refiners from a direct hit, without threatening the Lake Charles and Beaumont facilities. The heavy rain will still create severe flooding threats – even if the refineries and terminals aren’t forced to close, trucks may not be able to reach them – but the total threat seems to be less today than it appeared earlier in the week. So far only the P66 Alliance refinery (the southern-most refinery on the map below) has reported plans to shut down as a precaution.

The bad news for refiners is that IF the storm passes without damaging supply infrastructure, it is still likely that regional demand will see a negative impact as vehicles will stay off the road until the threat passes.

The IEA’s monthly report was highlighted by global supplies outpacing demand in the first half of 2019, and a forecast that has flipped from a deficit to a surplus in the 2nd half of the year. The report cited several reasons for the bearish shift in the supply/demand equation…”European demand is sluggish; growth in India vanished in April and May due to a slowdown in LPG deliveries and weakness in the aviation sector; and in the US demand for both gasoline and diesel in the first half of 2019 is lower year-on-year.”

US stocks reached record highs this week, the DJIA broke 27,000 and the S&P broke 3,000 for the first time ever, following testimony from FED Chair Jerome Powell that all-but guaranteed a July rate cut. The correlation between energy and equity prices had collapsed in June, but is picking up again in July, so that optimism might help keep a bid under oil prices.

Bad news for those hoping for the PES refinery to be raised from the dead. The state of Pennsylvania is signaling that it will not help fund repairs to the plant – unlike a decade ago when state and local agencies contributed to its recuperation. 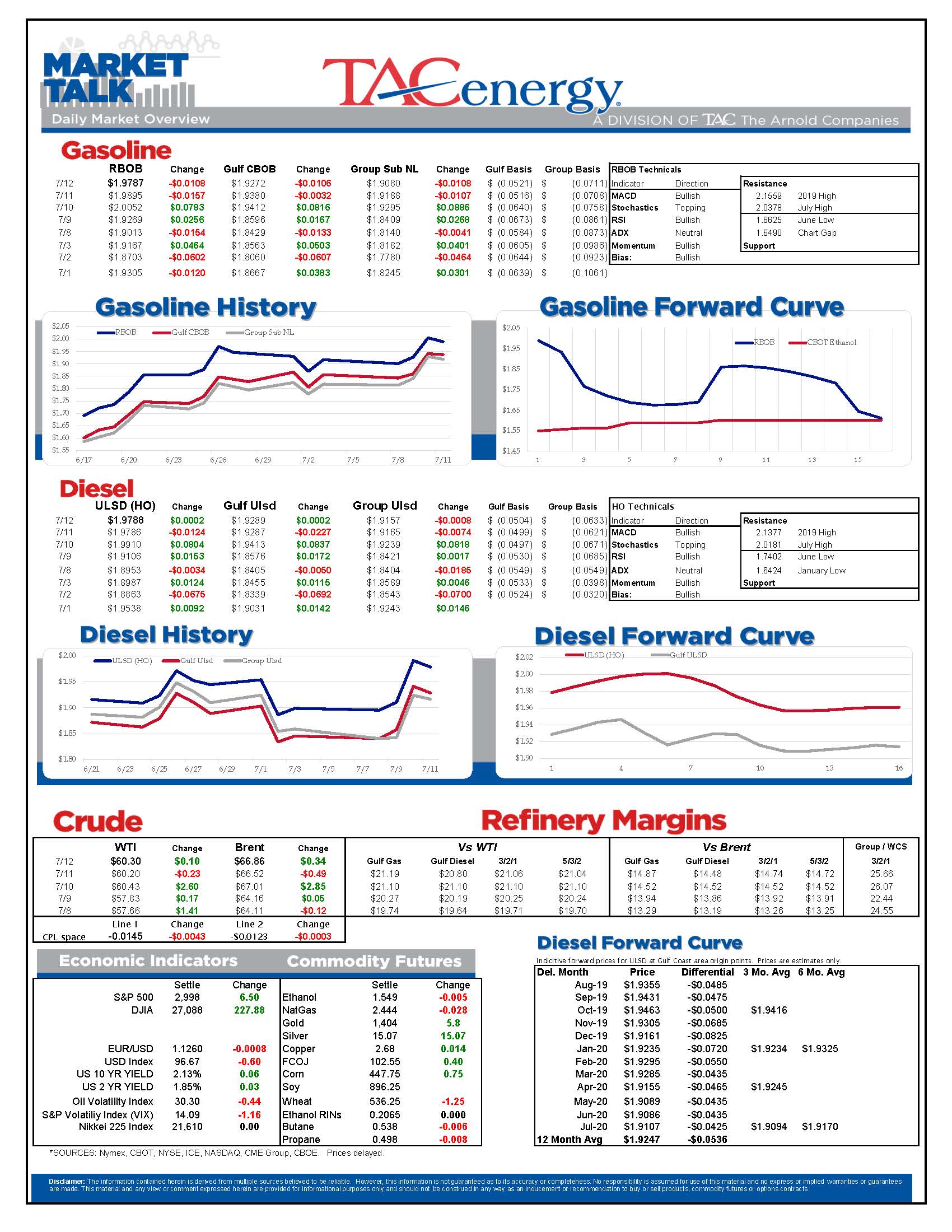 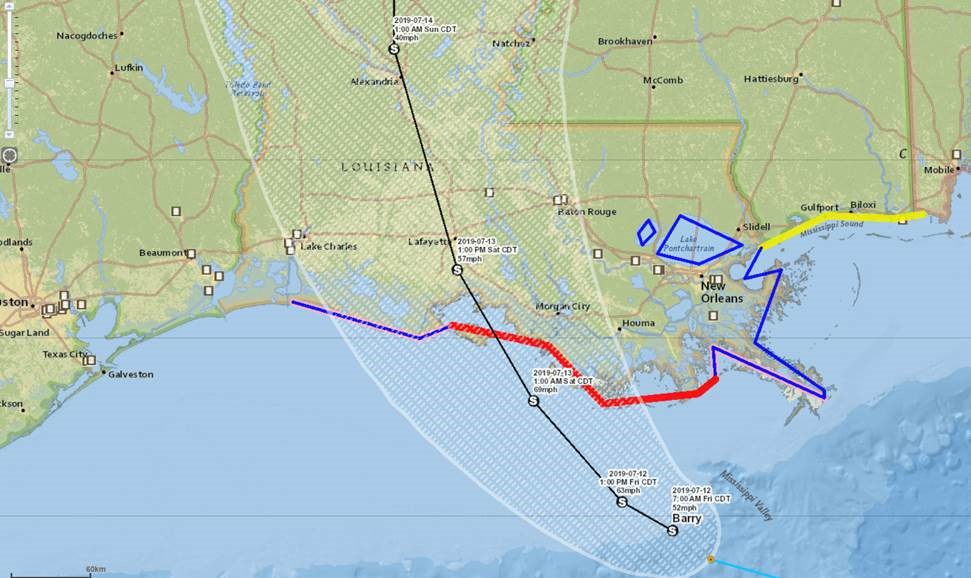 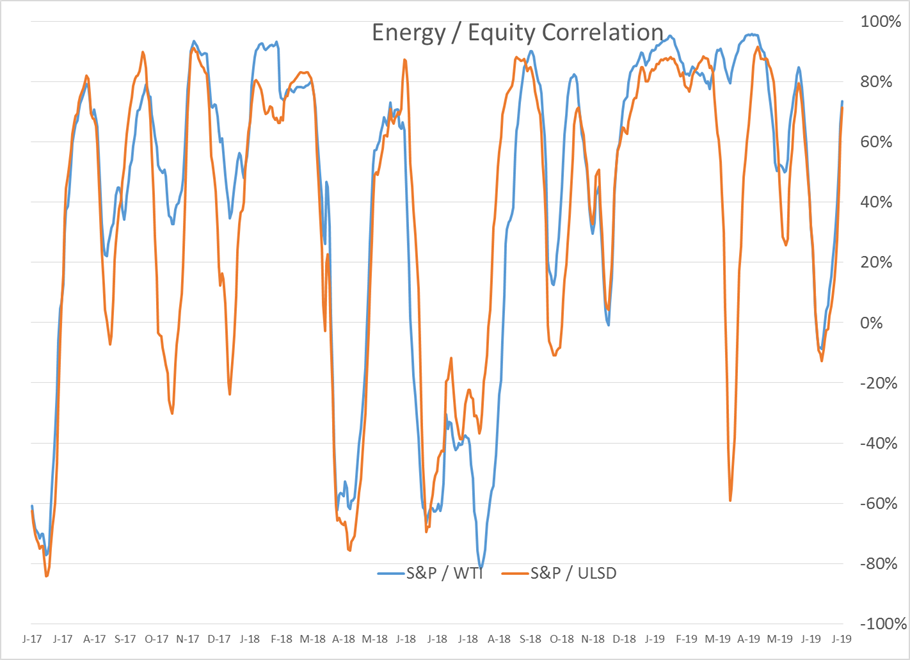