It’s a quietly soft start to the week for energy futures with most futures contracts trading down around 1%, with a couple of bearish headlines from OPEC members getting credit for the early wave of selling.

Iran reported a new oil discovery of more than 50 billion barrels over the weekend, which would increase the country’s proven reserves by 1/3. Then again, this is the same country that said they weren’t trying to build a nuclear weapon, and didn’t attack Saudi Oil infrastructure, or numerous oil tankers in the Gulf of Oman, so any claims seem to be met with a healthy dose of skepticism.

Mid-continent basis values for diesel have spiked 8 cents or more in the past week as the Keystone pipeline shutdown threatens to force refinery cuts if it’s not solved soon, and as the drawn out harvest season saw inventories in the Group 3 market nearly cut in half over the past 2 months. As the chart below shows, that spike in values is likely to bring a new surge of barrels up from the gulf coast, just in time for demand to dry up once again.

Money managers are getting more optimistic, increasing net length in the big 4 petroleum contracts last week. A large increase in RBOB length – just in time for the seasonal demand slowdown – seems to be the most notable move, as speculative bets on higher gasoline prices are now above their 5 year range.

Baker Hughes reported another weekly decline in oil rigs. The total rig count is now approaching a 3 year low – even as US production holds steady at an all-time high as the network appears to be refocusing and consolidating to deal with a challenging cash flow environment.

This is data deluge week as the EIA, IEA and OPEC will all release their monthly reports. Most of the agencies have been taking a bearish stance lately, thanks to supply resilience and demand pessimism, so it will be worth watching to see if the new optimism in the speculative crowd shows up in the data. 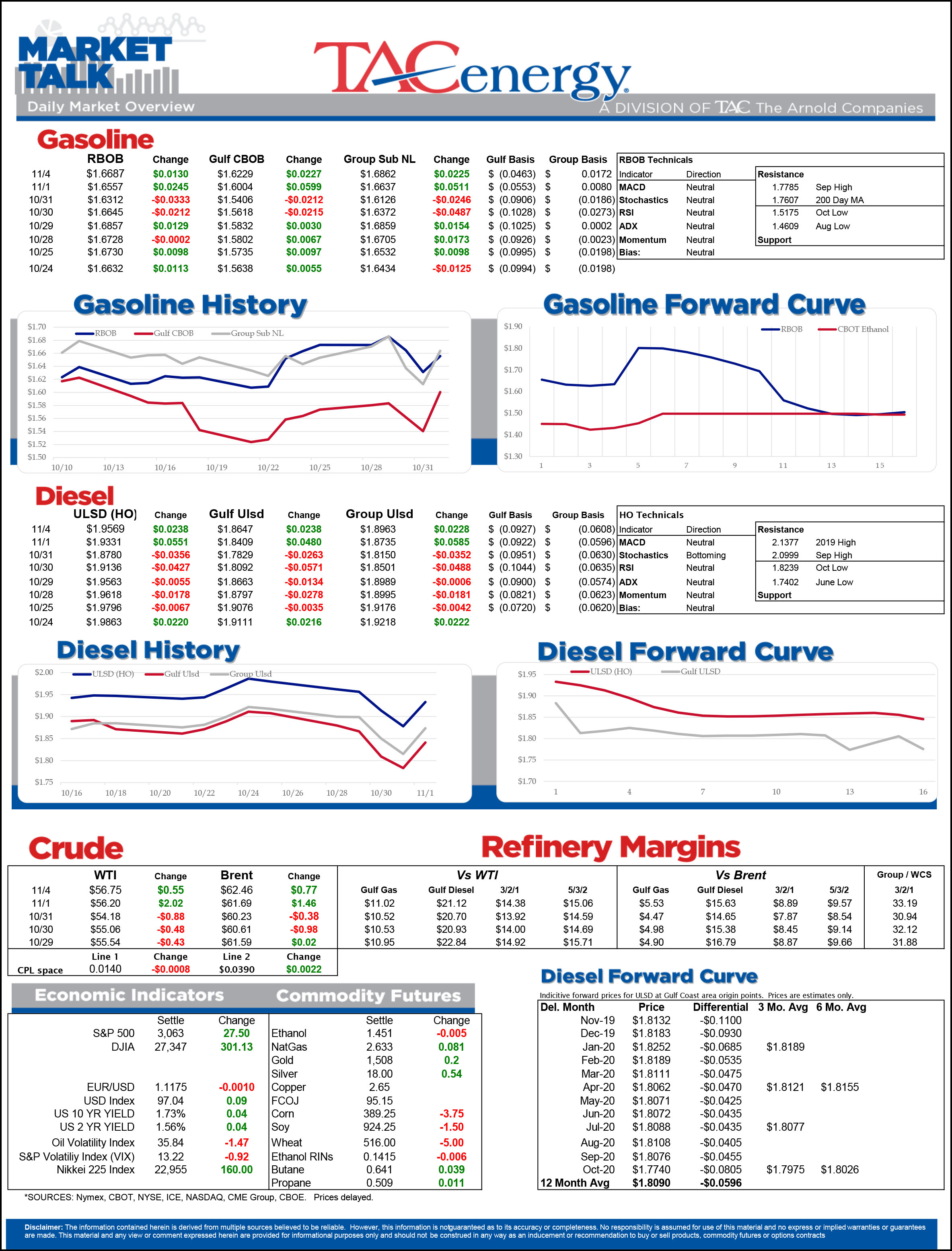 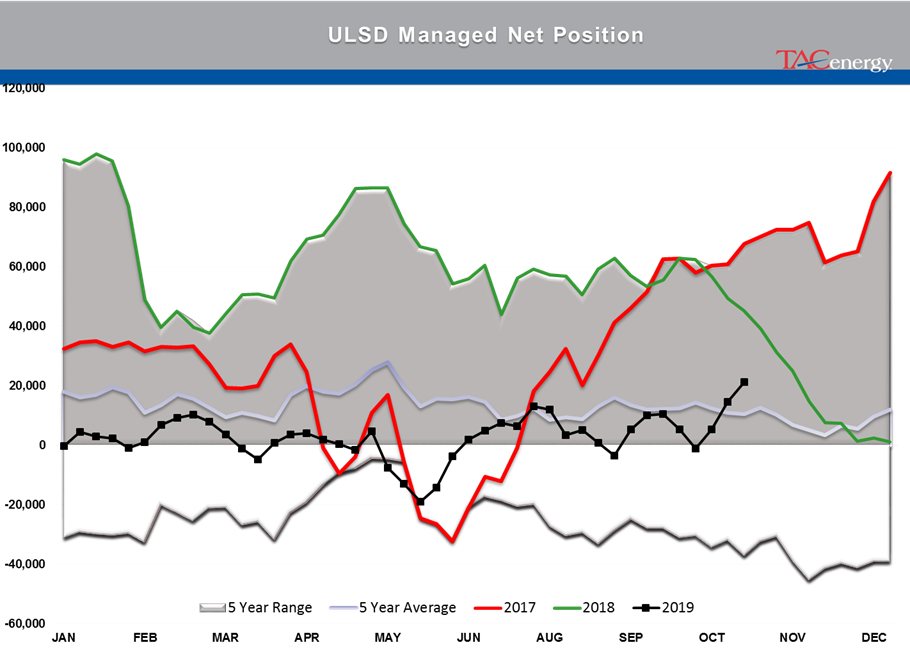