Gasoline futures are attempted to pull the rest of the energy complex higher to start Friday’s trading as a rash of refinery issues have encouraged buyers to push up near-term prices. Diesel futures are still trading in the red however as a quick 50-70 degree warm-up after this week’s record-setting cold snap will end the spike in heating demand. Thursday’s session will be remembered for another large reversal in oil and refined products, after WTI and ULSD briefly hit new highs for the year, showing that the bulls may be lacking conviction to break out of sideways trading range, but most contracts did finish January with healthy gains, snapping a 3 month losing streak.

The list of Midwestern refineries having issues due to extreme cold continued to grow Thursday, with outages reported and/or rumored at Citgo, BP, Marathon, Husky and P66 plants in the region, and strong cash market buying (note the Chicago RBOB basis values in the chart below) suggesting they weren’t the only facilities having problems. The two big questions become 1) was any long term damage done and 2) will consumers even notice given the large numbers of businesses & schools shuttered due to the weather.

Those refinery outages, coupled with the large drop in total US refinery runs the DOE reported for last week, seems to be helping gasoline time & crack spreads find a bid in the past couple of days. With March futures taking the prompt position today, there is now a 20 cent spread between the first and second RBOB contracts as we approach the always-volatile spring RVP transition.

It’s been a busy week of earnings reports for all segments of the energy industry. A few common themes seem to be a continued race to build infrastructure that will support the latest US Oil boom, good – not great – domestic consumption, and plenty of concern about the global economy in 2019.

The January jobs report was released this morning, in which the Bureau of Labor Statistics seems to have given credence to one of Mark Twain’s borrowed phrase about the 3 types of lies. The agency made a huge cut back in December’s estimated job growth from 312k to 222k jobs for the month. The January figure was estimated at 304k jobs, while the official unemployment rate ticked up .01% to 4.0%. If you’re wondering, the bureau didn’t count the hundreds of thousands of Federal employees who were not being paid as unemployed in the official numbers. The U-6 rate, which doesn’t exclude unemployed people the BLS doesn’t classify as unemployed, was up to 8.1% from 7.6% the week prior. Stocks and energy futures seemed to tick up slightly after the report as this bit of good news for January, bad news for December, seems to add to the “Patient Fed” plan that’s encouraged investors since Wednesday’s FOMC announcement. 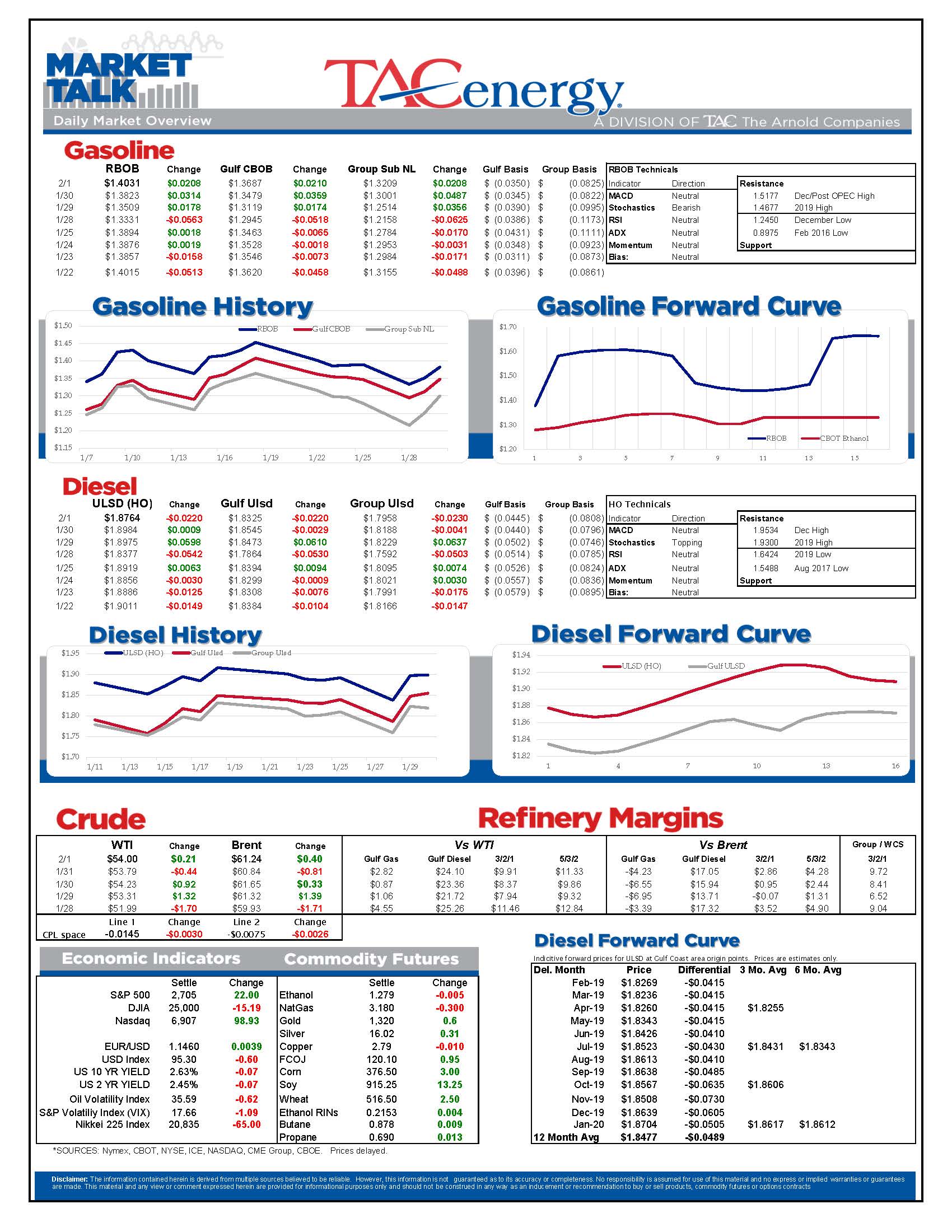 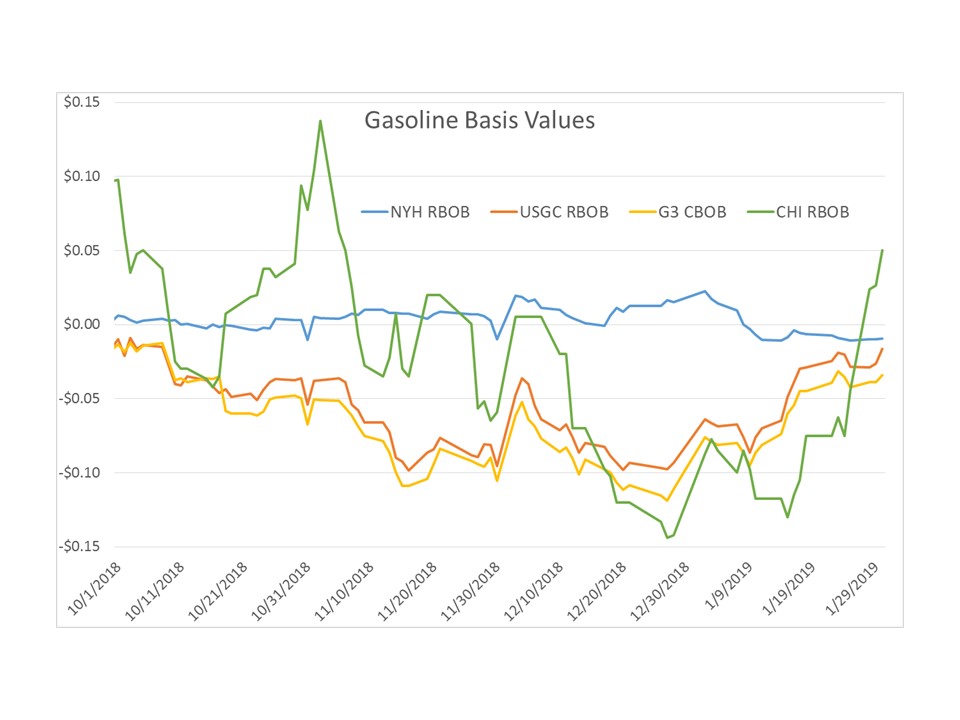 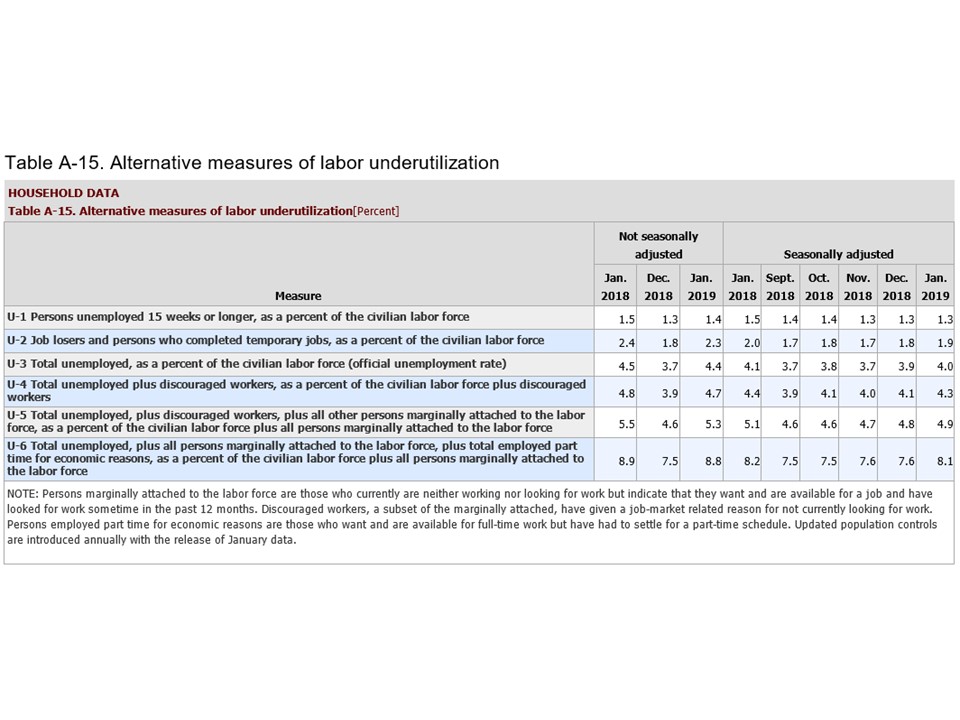