A potentially permanent refinery closure and a large weekly draw in inventories have gasoline futures surging this morning. July RBOB is currently trading 6 cents higher on the day after reaching 10 cent gains overnight, which will push spot prices for gasoline across most US markets to their highest levels in a month, and with a long holiday weekend quickly approaching, there may be more room higher to run over the next week.

Reuters is reporting that PES is planning to permanently close its Philadelphia refinery that was hit by an explosion and fire last week and may begin laying off workers today.

Values for line-space on Colonial’s main gasoline line have gone positive for the first time since January following that fire as Gulf Coast supplies will be leaned on to replace that plant’s production, in addition to increased imports.

The API was reported to show US crude oil inventories dropped by 7.5 million barrels last week, while gasoline stocks declined by 3.2 million barrels and distillates rose by 160,000 barrels. That report had prices rallying late Tuesday afternoon, and that momentum has carried overnight, although the PES story seems to have clearly given gasoline prices an edge over the other contracts. The DOE’s weekly status report is due out at its normal time this morning.

Yesterday the DOE/EIA reported that Mexico’s refinery output has dropped 50% in the past 5 years, and most plants now operate at less than 40% of their capacity as Pemex has struggled with dropping crude output and a lack of sufficient maintenance. Here too, US Gulf Coast refiners are beneficiaries as Mexican imports of refined products are forced to increase.

Today the DOE/EIA is reporting that US electricity generation from renewables surpassed production from coal for the first time on record. 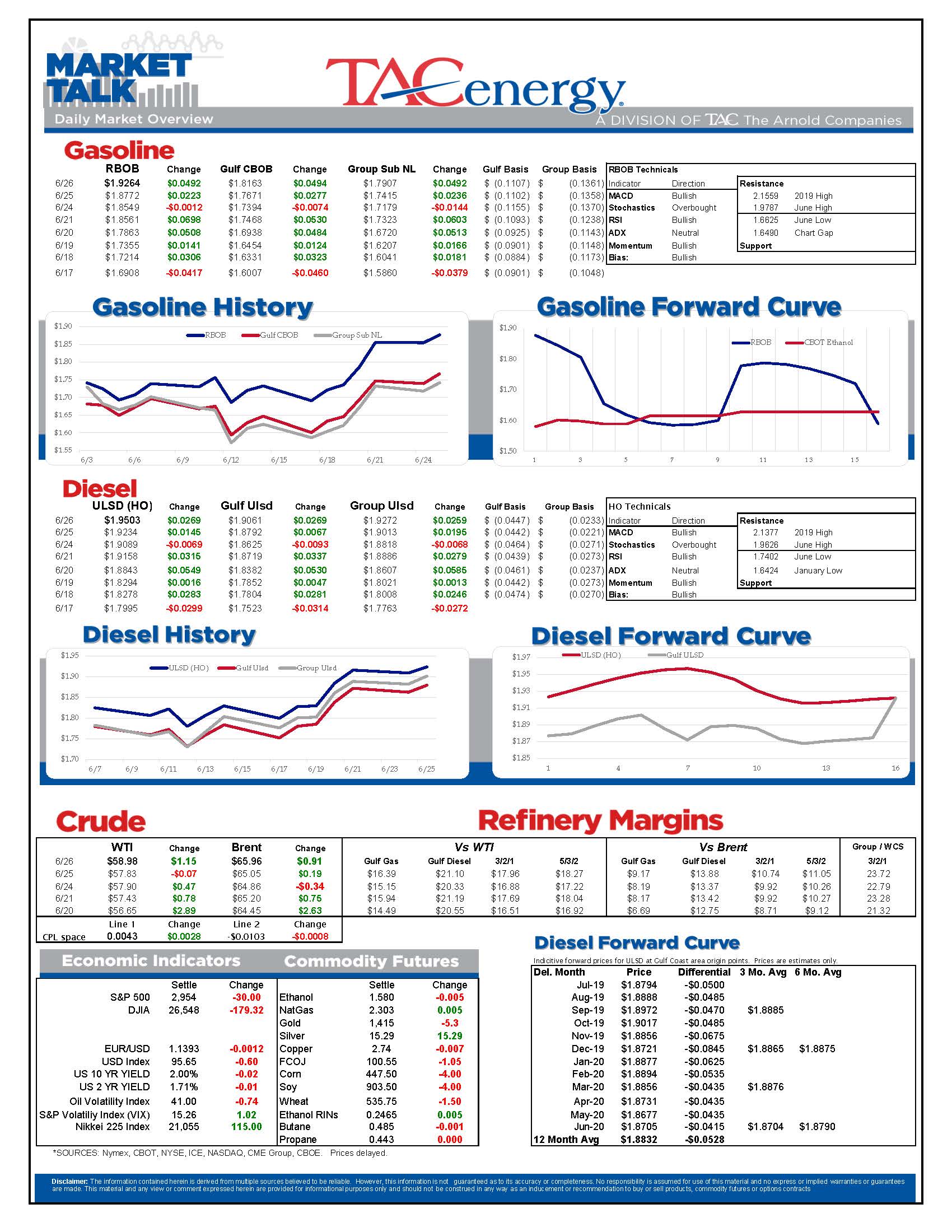 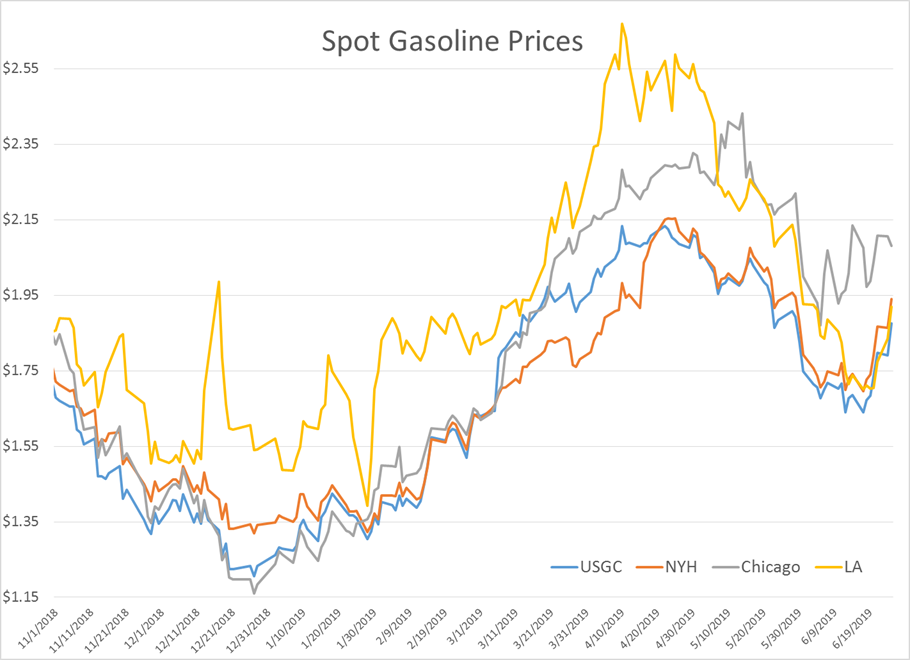 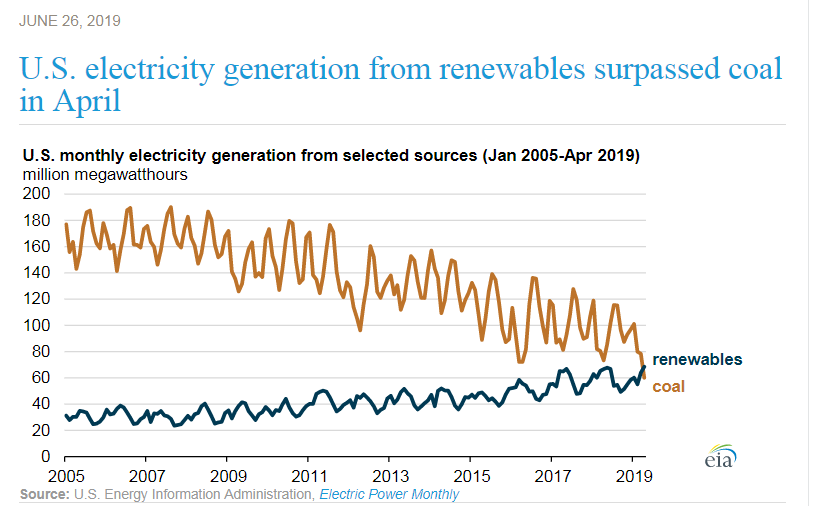