Gasoline prices look like they’ve finally passed out after a 3 week Spring Breakout rally, pulling back more than a nickel since reaching a 5-month high at $1.98 in Tuesday’s session. So far the pullback hasn’t had much impact on diesel and crude oil prices which are all hovering around break-even levels.

For real this time? If RBOB settles lower today it would snap a streak of 8 consecutive gains for gasoline futures in the midst of their annual spring rally. In 7 of those sessions RBOB was trading lower in the morning only to end the day with gains. So what’s different this time around? The spreads have finally cried uncle with both calendar and basis spreads pulling back sharply from their stronger-than-normal levels. If this is in fact the end of the spring rally, it would stand as a 27 cent increase in the first 26 days of March, and a 60 cent increase from the January lows.

The sudden reversal comes despite reports that the backlog of vessels in the Houston ship channel continues to grow even though sections of the waterway have reopened, and a handful of refineries may be forced to reduce runs until it can be cleared. The EPA meanwhile is urging residents to avoid eating fish caught in the Houston ship channel due to the issues of the past week. Which begs the question, who thinks it is ever a good idea to eat fish from the Houston Ship Channel?

The API was said to report declines of refined products of 3.5 million barrels for gasoline and 4.3 million barrels of diesel, while US crude stocks increased by 1.9 million barrels. The DOE’s version of the weekly stats is due out at its normal time. Gasoline’s selling-off even while inventories decline is another sign that the momentum may be waning, although it’s worth noting that gasoline stocks almost always decline this time of year as the industry works through the spring RVP transition.

News from China continues to appear to be driving price action this week, as the engine that drove much of the world’s economic and oil consumption growth in the past decade continues to slow. This week it’s more weak economic data that seems to be creating a bit of a drag on both equity and energy futures. Meanwhile, China’s own crude oil contract appears to be catching on 1-year after it’s start, which could further threaten the volumes traded in WTI and Brent. 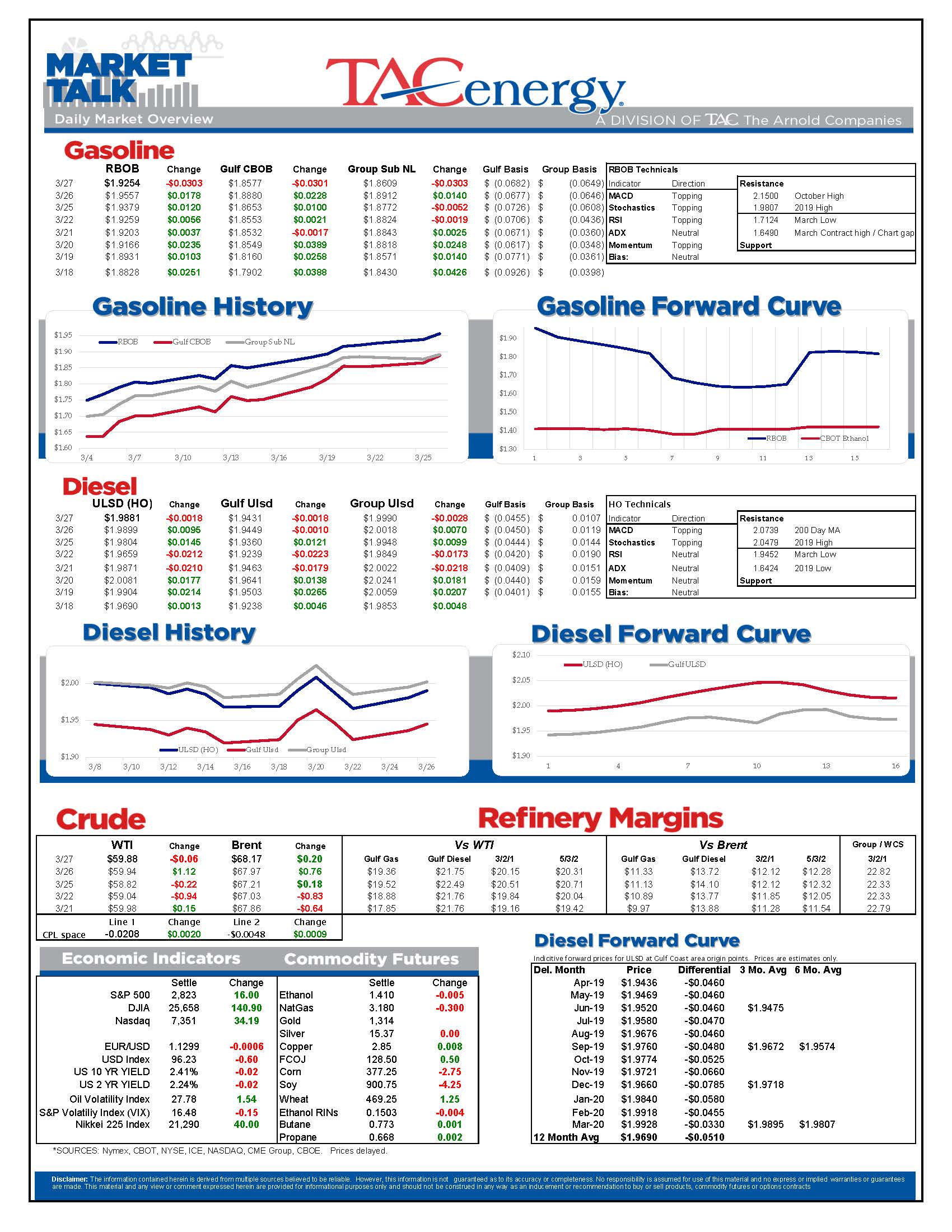 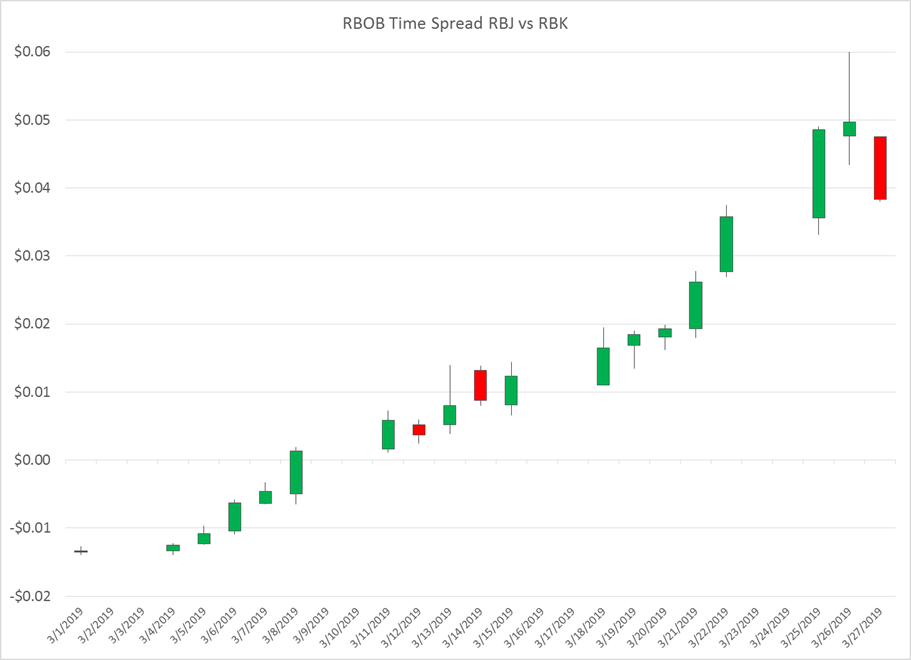 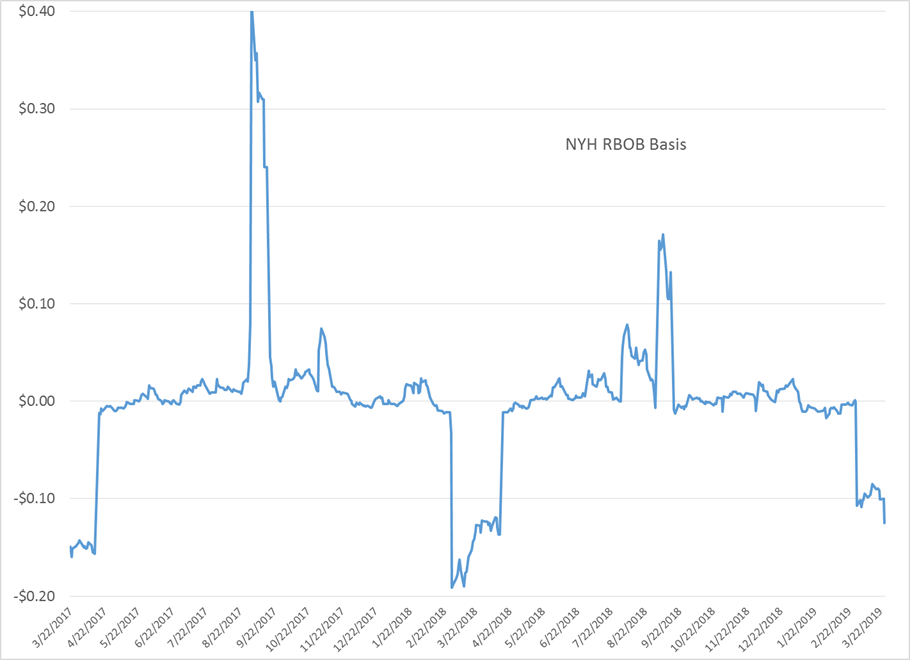