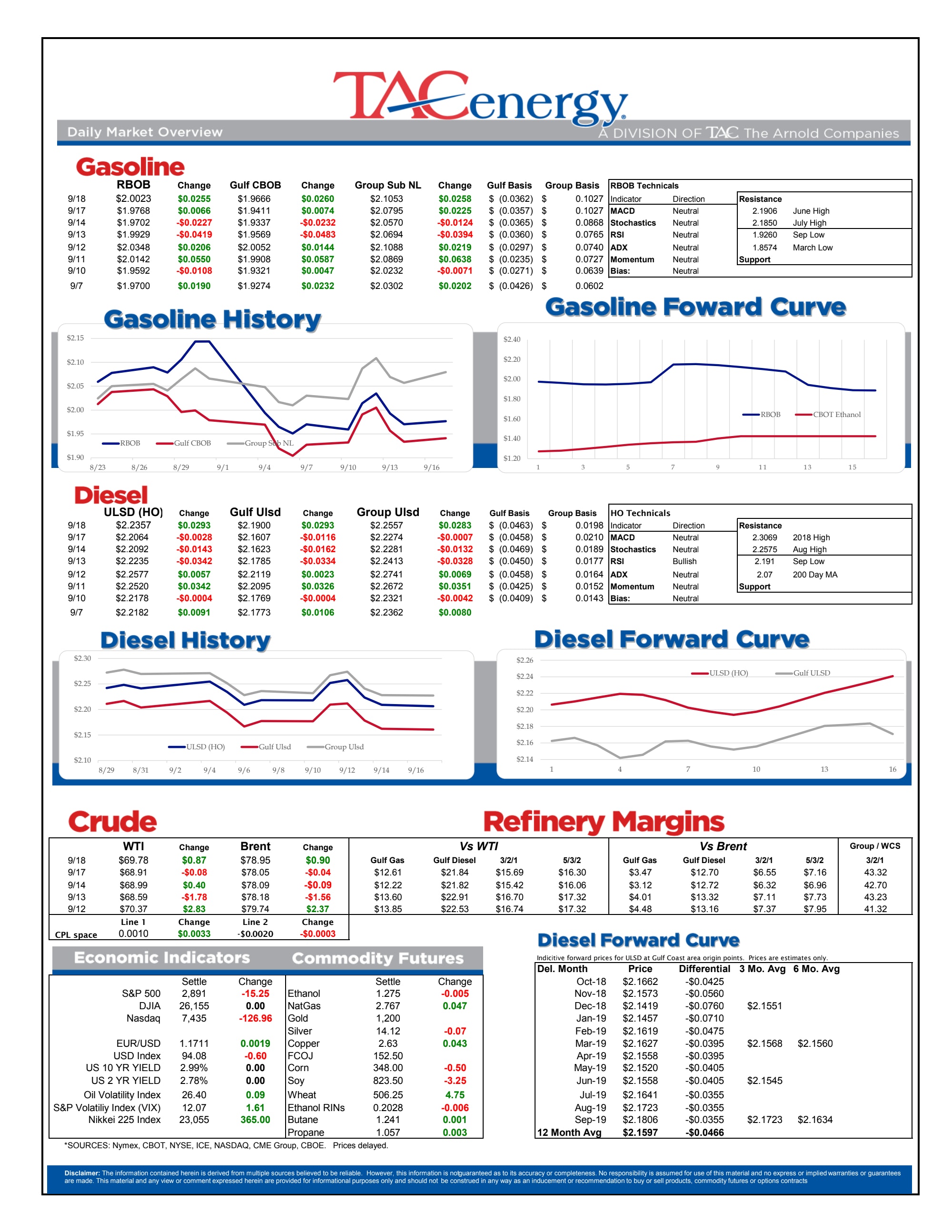 A slew of geopolitical issues seem to be taking credit for this morning’s sharp rally ahead of formal opening at 9am EDT. The White House instructed the US trade representative to impose a 10% tariff on over half of all Chinese goods (over $200 billion worth) exported to the US. China, not terribly thrilled with the news, claimed Monday that retaliation was inevitable.

Oil exports from Iran are feared much lower from now until November 4th, when the US resumes their sanctions on the OPEC member after pulling out of the nuclear deal struck between Iran and world powers back in spring 2018. US allies are reportedly cutting back imports from Iran ahead of the fall deadline leaving a big question mark as to where the replacement barrels will come from.

A Russian reconnaissance plane was shot down by Syria, their ally, in what has been determined to be a friendly-fire incident. Russia, in what can only be described as a very Russian response, is casting blame on Israel who were allegedly launching air assaults at the time. While not much is expected to come of this, simply the presence of these three countries in the same headline certainly isn’t going to dampen bullish sentiment today.

Prompt month gasoline and diesel futures are up over 3 cents this morning, each breaking through some significant resistance levels set by moving averages. There isn’t much in the way on the charts for both refined product contracts to tack on an additional 2-3 cents before meeting some technical selling pressure. WTI futures seem to be making their move for the (mostly psychologically) important $70 level, breaking above which could lead to a renewed rally for the American crude benchmark.