How Long Will This Crude Chaos Last?

May WTI is up $34/barrel this morning, the biggest rally in the 37 year history of the NYMEX contract. May WTI futures are up $34 this morning, and yet are still trading at a negative $3.50/barrel.

This ultimate lesson in the realities of futures contracts tied to physical delivery was provided in Monday’s epic 350% percent price drop, when the May WTI contract (which expires today) not only traded negative for the first time ever shortly after 1 p.m. central, but then traded at negative $40/barrel less than 20 minutes later.

Storage tanks at Cushing, OK – the delivery hub for the WTI contract - are on pace to reach maximum capacity in about a month – right when the May WTI contract would be due to deliver – meaning buyers became scarce as their ability to hold any additional barrels ran out and sellers were forced to pay in order to find someone to take those contracts off their hands. I’m sure there are plenty who will disagree with this point, but it seems that the negative value are a sign of free markets behaving as they should, and the physical delivery tied to futures contracts the ultimate tool to keep a market from being easily manipulated.

It’s likely we may never know who was caught in that unenviable position of paying nearly $1/gallon to sell crude oil futures, but it is certainly possible that the move may have caused, or perhaps was caused by, bankrupt companies being forced to liquidate positions. Perhaps a former FBI director will be hired to tell the tale someday like we saw in the aftermath of the 2008 debacle.

If you’re wondering how long this crude chaos may last, take a look at the forward curve chart below, and see the relative lack of reaction in values six months and more in the future, which also helps explain the minimal reaction in major oil company stock prices during Monday’s meltdown.

Today’s heavy selling in RBOB and ULSD seems to be at least in part the aftershocks of the WTI crash, with market players waking up to the reality that negative values can and do happen, and with U.S. gasoline inventories at record highs, there is a chance we could see a lack of storage options continuing to wreak havoc on both physical and futures prices until the country reopens.

Diesel prices meanwhile have reached a 17-year low overnight, caught up in the larger petroleum price swoon, even though U.S. diesel stocks are near the low end of their seasonal range. In some U.S. markets, we've already seen the lack of gasoline space creating diesel shortages due to pipeline and tankage constraints, and it appears that trend is likely to continue. 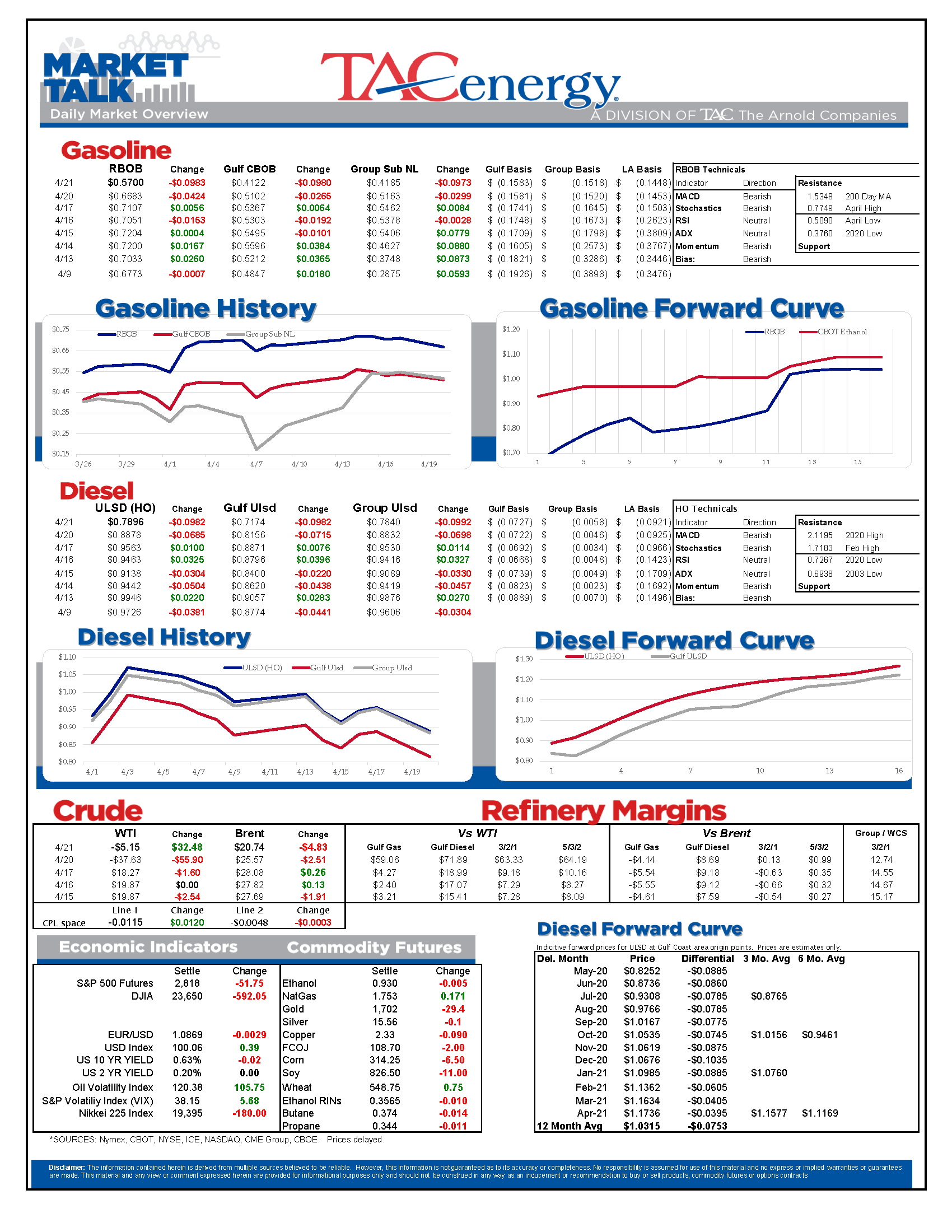 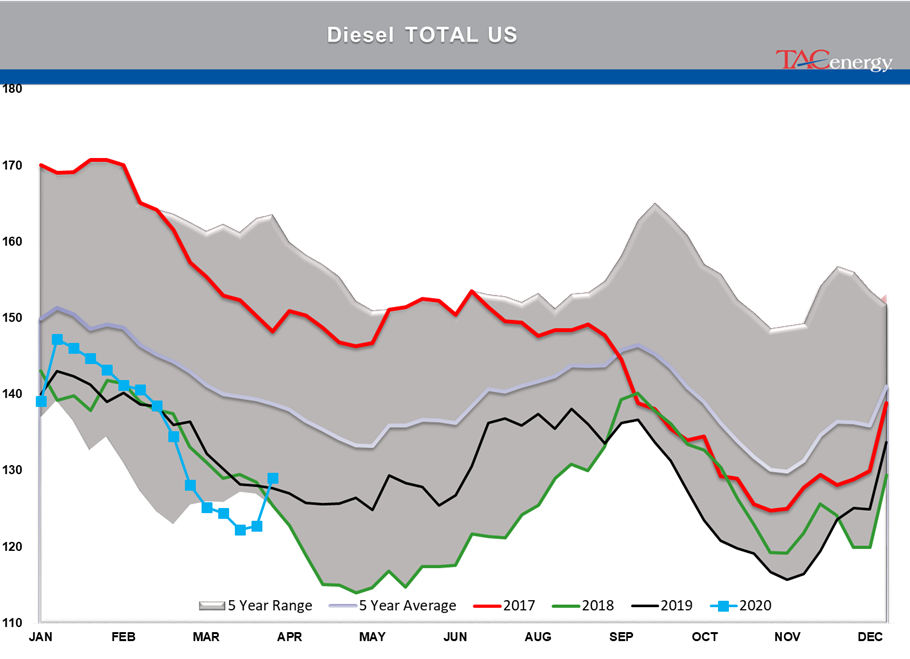