This time a week ago, when the world was digesting news that the U.S. had killed an Iranian general with an airstrike, it would probably have been hard to find someone willing to bet that oil prices would be $5 lower, refined products would drop 15 cents/gallon, and stocks would reach new record highs in the next 7 days. Of course that’s exactly what has happened, as the inevitable showdown between the U.S. and Iran became a relatively benign event.

There’s also an argument to be made that the airliner tragedy in Iran may be having an unspoken influence on the selling in energy futures, as the Iranian regime is losing credibility and sympathy from the international community, making future attacks (whether directly or by proxy) less likely in the near term.

The December Jobs report showed another good, not great, month for the U.S. economy with 145,000 jobs added, the headline unemployment rate holding steady at 3.5% and the U-6 unemployment rate (aka the real rate) ticking lower to 6.7%. Equity and energy markets had little reaction to the report as it appears to be right in line with expectations, and wasn’t good or bad enough to suggest the FED may be forced to change their neutral stance.

It's been a tough few months for U.S. refiners, as margins have struggled, and the expected boost from the new IMO rules doesn’t seem to be materializing as hoped.

Shell announced plans to offload another west coast refinery, and according to a Reuters story, that means five percent of U.S. refining capacity is currently up for sale, and having a hard time finding buyers.

“East coast assets have proven particularly tough to unload, as they lack both the scale of U.S. Gulf facilities and access to U.S. crude production. They also face competition from two shuttered Caribbean plants due to restart in coming months that have easier access to overseas crude and more flexible fuel distribution systems.”

In addition to the challenges faced on the east coast mentioned in the article, Gulf Coast plants are no longer seeing a benefit from cheaper Midland-based WTI as the shortage of pipeline capacity a year ago has quickly turned to an excess. 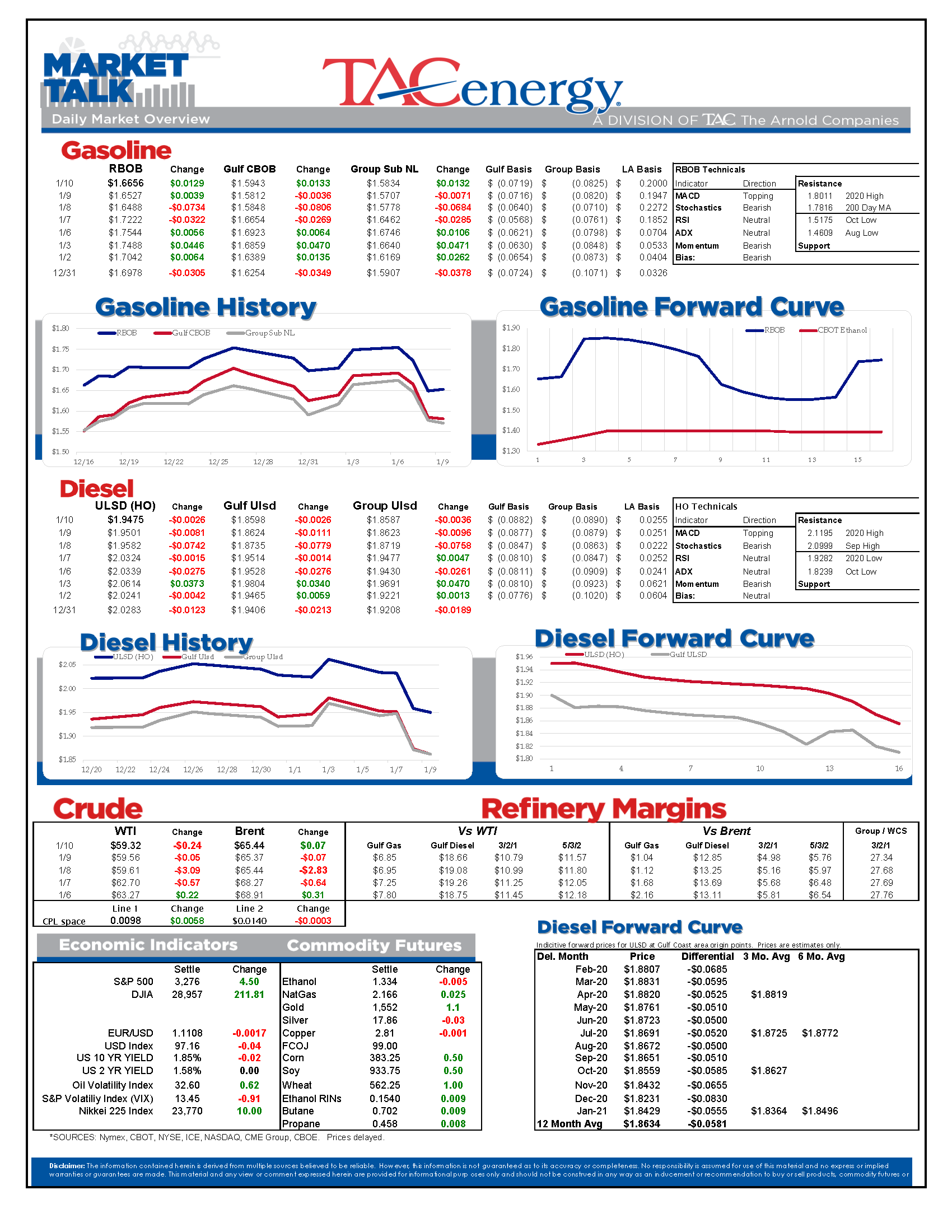 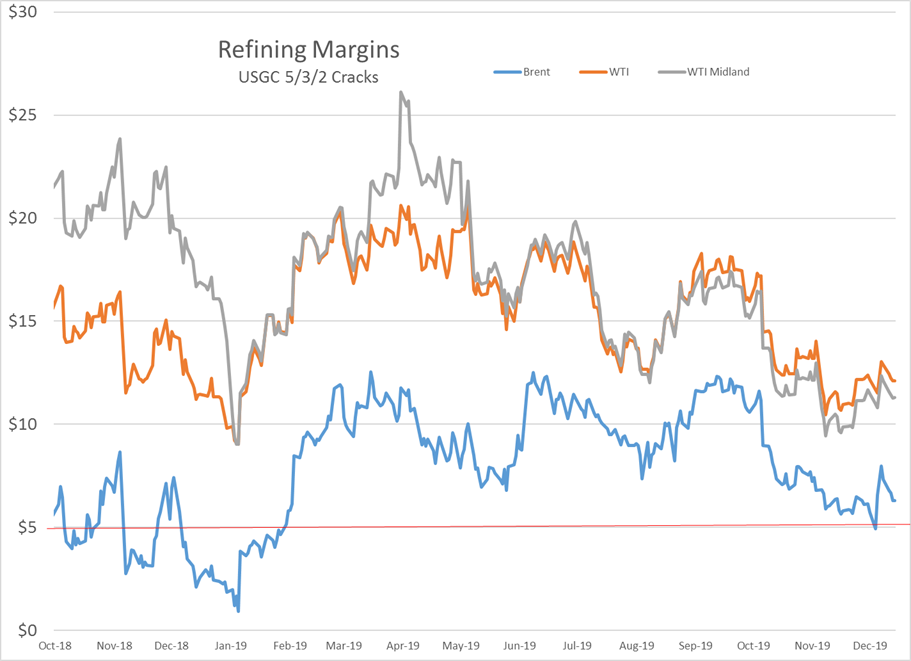