After a late-day Friday sell-off wiped out any bullish optimism heading into the weekend, more heavy selling came out in the overnight session, before buyers started stepping in this morning, pushing WTI and ULSD futures to modest gains, while RBOB gasoline holds 6 to 7 losses for the day.

RBOB reached a record low on Friday of $0.6010/gallon, then took another seven cents off overnight trading at a low of $0.5279. Those values put some regional spot values below 40 cents/gallon if spot diffs hold today, which means we may see retail prices below one dollar in some areas this week. The question is will anyone will be there to see it?

The FED has had another active weekend, trying to ensure that lending markets stay healthy despite the virus, with a steady stream of unusual but apparently necessary liquidity measures. The FOMC also issued another statement this morning reiterating its attempts to promote stability.

The FED announcement seems to get credit for the morning boost to equity and energy prices, with both asset classes rallying off their overnight lows shortly after its release.

Want to know how dangerous these price swings can be? Friday the CME group was forced to auction off the positions of a clearing member that was no longer able to meet its capital requirements due to losses from the spike in volatility.

Money managers slashed their net-long holdings in Brent to the lowest in four years as speculative funds continue to head for the exits. RBOB also saw liquidation last week, while WTI actually saw a small increase in net length, and ULSD saw its net short position reduced as it seems some funds are ready to declare that the bottom is near for diesel prices.

Baker Hughes’ weekly rig count showed the first real signs of a drilling slowdown with a reduction of 19 oil rigs last week, 13 of which were in the Permian basin. With oil prices hovering near 18 year lows, expect the reduction in rig count to accelerate in the coming weeks.

While energy producer and refiner stock prices have taken huge hits during the March Madness meltdown, Delek has reportedly instituted a poison pill clause to prevent a hostile takeover by Carl Icahn, the majority owner of regional refiner CVR. 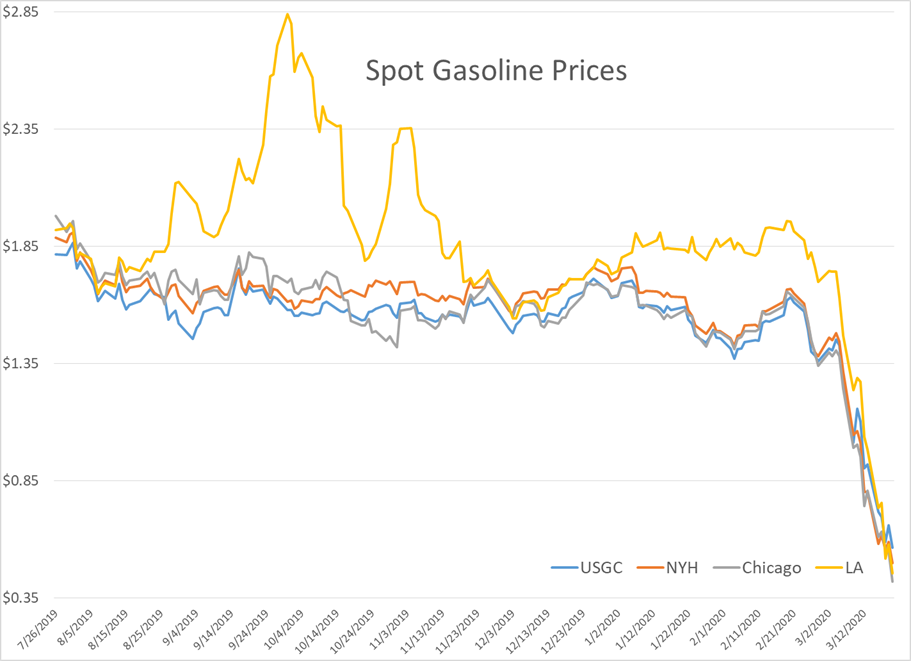 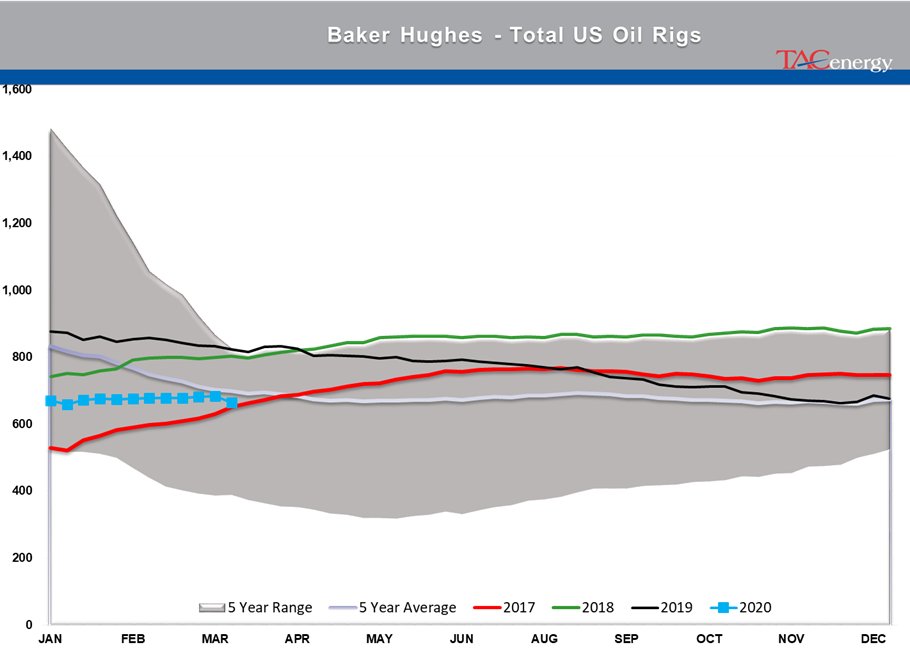