U.S. military strikes in Iraq have spurred energy futures to their highest levels in more than seven months overnight, with most contracts up around four percent on the day. To be clear, there has been no immediate impact on oil supply, or even a direct threat on supplies in the region, but this situation is all about what might come next.

Is this the start of a larger military conflict between the U.S. and Iran that could threaten the Strait of Hormuz and 20 percent of the world’s oil supply? Or will this end up just another blip on the radar screen for an energy market like the attacks in Saudi Arabia or the sabotage to oil tankers last year due to ample global supplies and spare production capacity?

The reaction in stock markets to the news of the attacks is a good reminder that there could be a negative impact on fuel demand as well if this situation escalates.

The first test on the charts will be the high trades set in the wake of the Saudi Attacks last September, which were breached overnight by WTI, ULSD and RBOB futures, but have since pulled back below that level. As a reminder, within two weeks of the Saudi Attacks – which actually took more than five percent of global supply off the market temporarily – prices were lower than they had been prior.

RBOB futures are running into a cluster of resistance in the $1.77 range, which marks both the 200 day moving average on the continuation chart, and the high trades from September’s brief spike. For ULSD, the $2.10 range looks like the hurdle to clear if this rally is going to spark the next big move higher. If prices continue to push through the highs set in 2019, the next big targets on the charts are the 2018 high trades - roughly 30 cents above current values.

The fallout from the airstrikes in Iraq probably mean the market may shrug off the DOE’s weekly status report, which is due out at 11 a.m. EST due to the holiday this week. 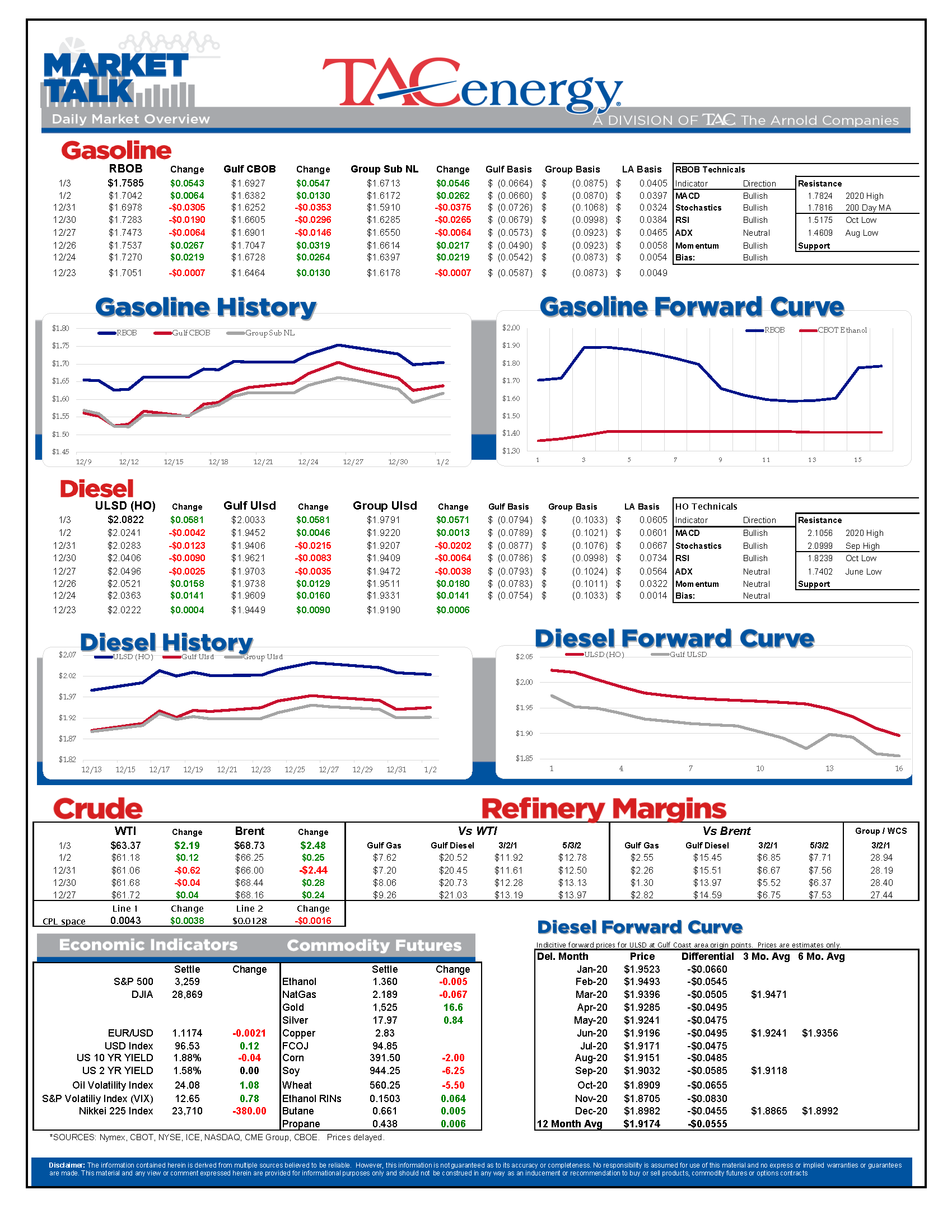 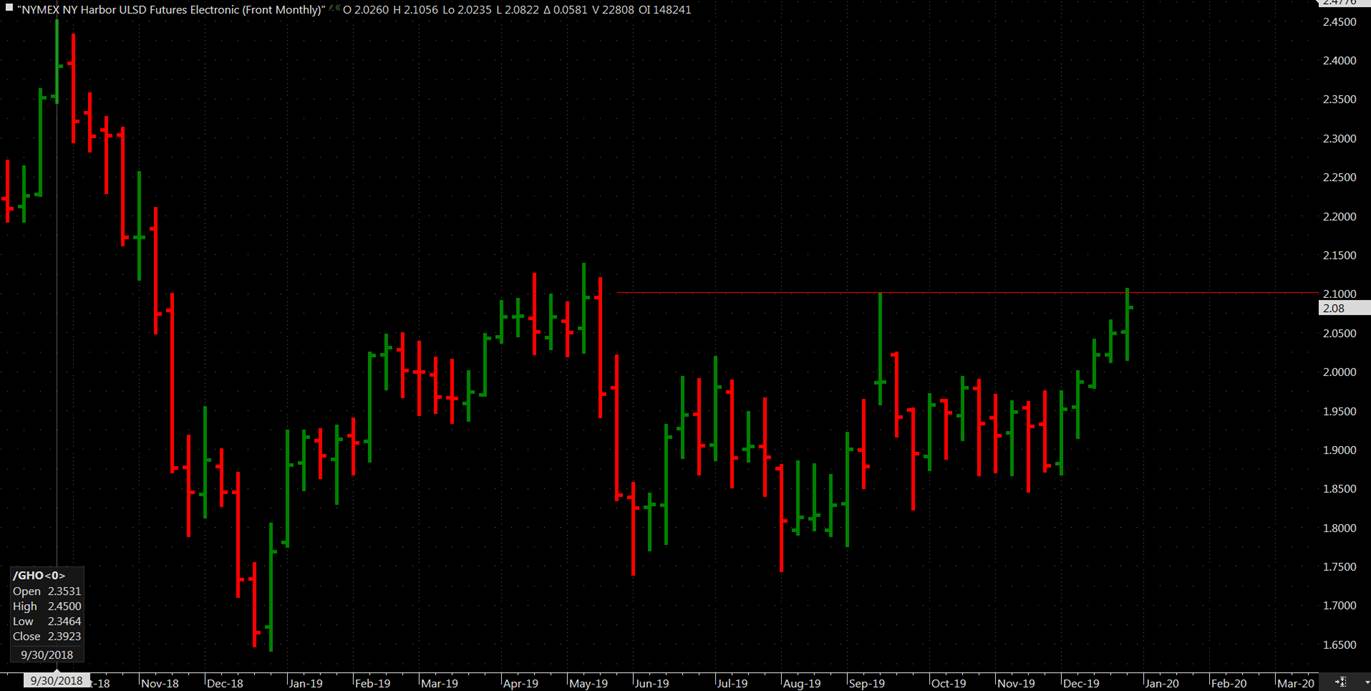