Spring Break has been put on hold for energy futures as the upward momentum seems to have stalled out after oil and gasoline contracts reached fresh highs for the year. Don’t get too excited about the sell-off just yet, we’ve seen a few of these head-fakes already during the most recent run-up, and March Madness is just about to tip off.

Concerns over US/China trade talks – the easy mark for any headline writer in 2019 – are getting credit for the pullback even though US equity markets are holding steady. Others suggest that the postponed OPEC meeting is a sign that Russia is pressuring the cartel to end its output agreement earlier than the Saudi’s would like, and that strain could be bearish for prices.

The API was reported to show inventory declines across the board last week, with crude stocks down 2.1 million barrels, gasoline down 2.8 and diesel down 1.6. The EIA’s weekly report is due out at its normal release time of 9:30 central this morning. Look for product draws in the Midwest (PADD 2) in today’s report as signs in local pipeline markets suggest supplies have drawn down rapidly in the past week.

RIN values continue to drop this week after the EPA’s proposal to limit trading in the renewable fuel credits, and to approve a handful of small-refinery waivers. Ethanol values meanwhile have surged as logistical constraints have created gasoline supply disruptions in a handful of markets across the country, forcing buyers to pay up to find replacement barrels. Overall US ethanol inventories remain near all-time highs so it seems this price spike will be short lived once the trains get back on schedule.

The fire at the Deer Park TX terminal has been extinguished after burning for nearly 4 days. While that situation looks like it may have only minor impacts on operations and prices in the world’s busiest petroleum hub, it could have longer term consequences for the state’s environmental watchdog as the extended duration created plenty of doubts about their assurances about air quality.

Speaking of which, Carbon emissions continue to move into the forefront of our industry’s and society’s consciousness, with numerous plans for reduced emissions mentioned during recent earnings calls and during the CERAWeek conference. The EIA this morning showed its predictions that US energy-related carbon emissions will hold steady through 2050 as natural gas replaces coal to support America’s growth. Petroleum-based emissions are expected to fall over the next decade owing to increased vehicle fuel efficiency and more stringent product specs. 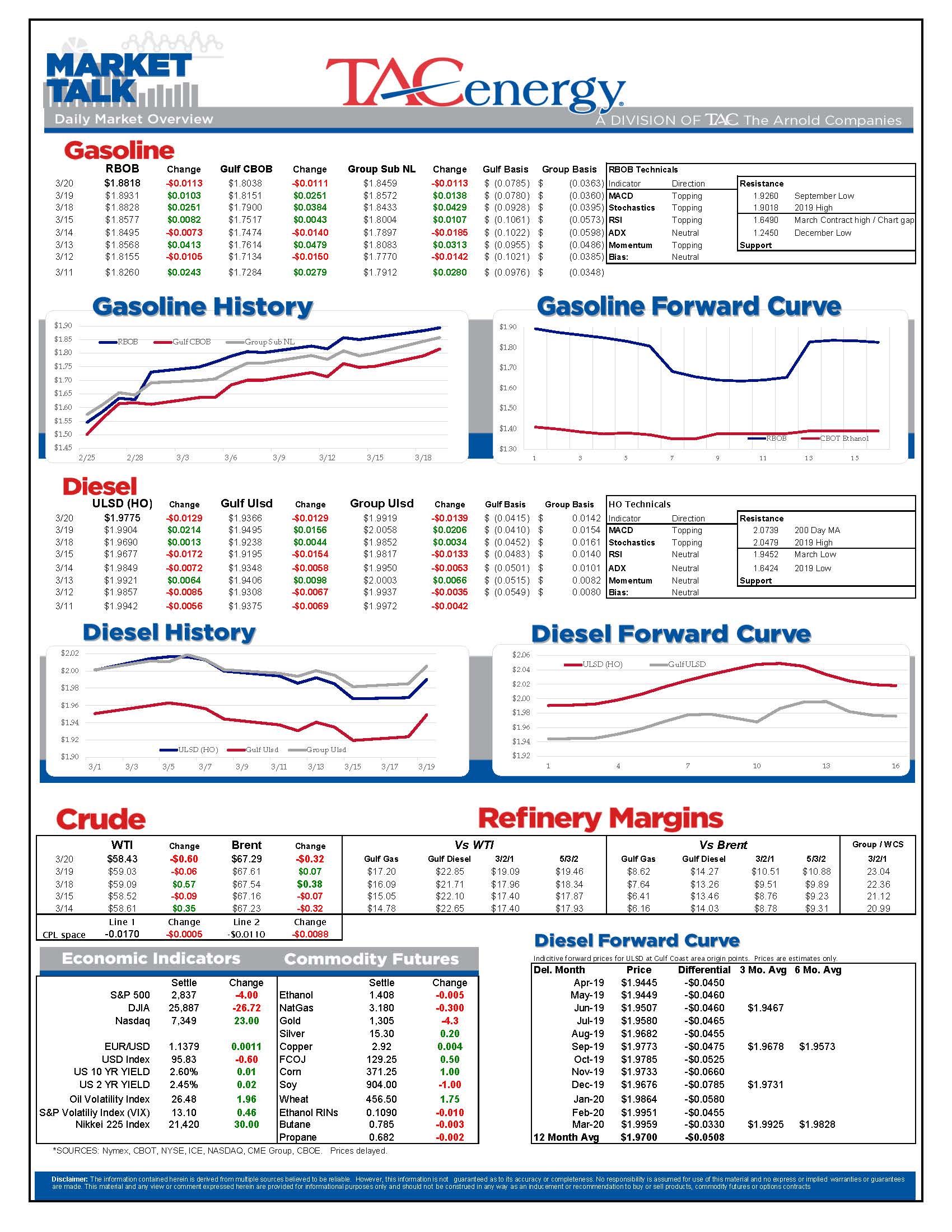 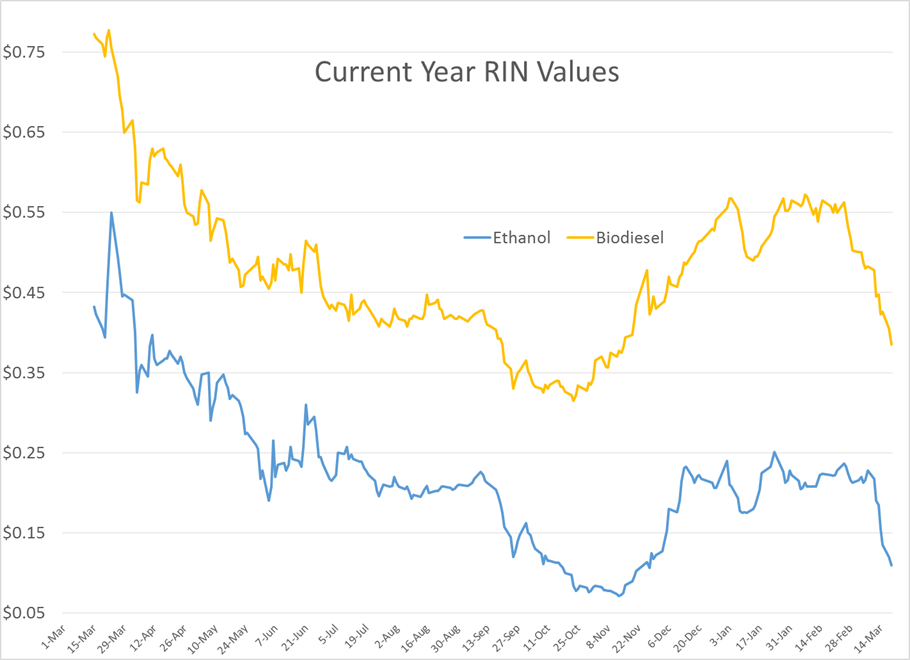