Those that ended March with optimism are feeling foolish to start April as energy and equity markets around the world start a new month and a new quarter with another round of risk-off selling. We just lived through what is by some measures the worst month and quarter on record for some contracts as the world tried to wrap its head about a reality that no one has experienced before.

WTI is the strongest of the NYMEX petroleum contracts this morning, in spite of a 10 million barrel inventory build reported by the API. Gasoline stocks rose by more than 6 million barrels on the week according to the industry report, while distillates drew by more than 4 million barrels. The DOE’s version of the weekly stats is due out at its normal time, and could very well show the largest demand drop ever for some products, if the government’s estimates are able to keep pace with the reality on the street.

The only thing slowing builds in product inventories is the steady stream of refinery run cuts and unit closures that are now taking place at a majority of refineries around the world. Those slowdowns are unprecedented and mean crude oil will be backed up, ultimately to the well-head, meaning production will be forced to shut in due to lack of storage above ground.

While the dramatic sell-off in futures contracts has told most of the story, the pain felt by producers can be seen more clearly in cash markets, where Western Canadian crude now goes for $5/barrel, and WTI in Midland is going for $11. Numerous other physical grades are trading at larger-than-normal discounts to the already-depressed futures pricing as producers struggle to find a place to put that oil, making the predictions that we could see negative values before this is over seem more plausible than ever.

The beneficiaries of this unusual situation look to be anyone with storage capacity that can buy the distressed barrels today and leverage the super-contango forward curve for the inevitable price rally once the stay at home orders come to an end. 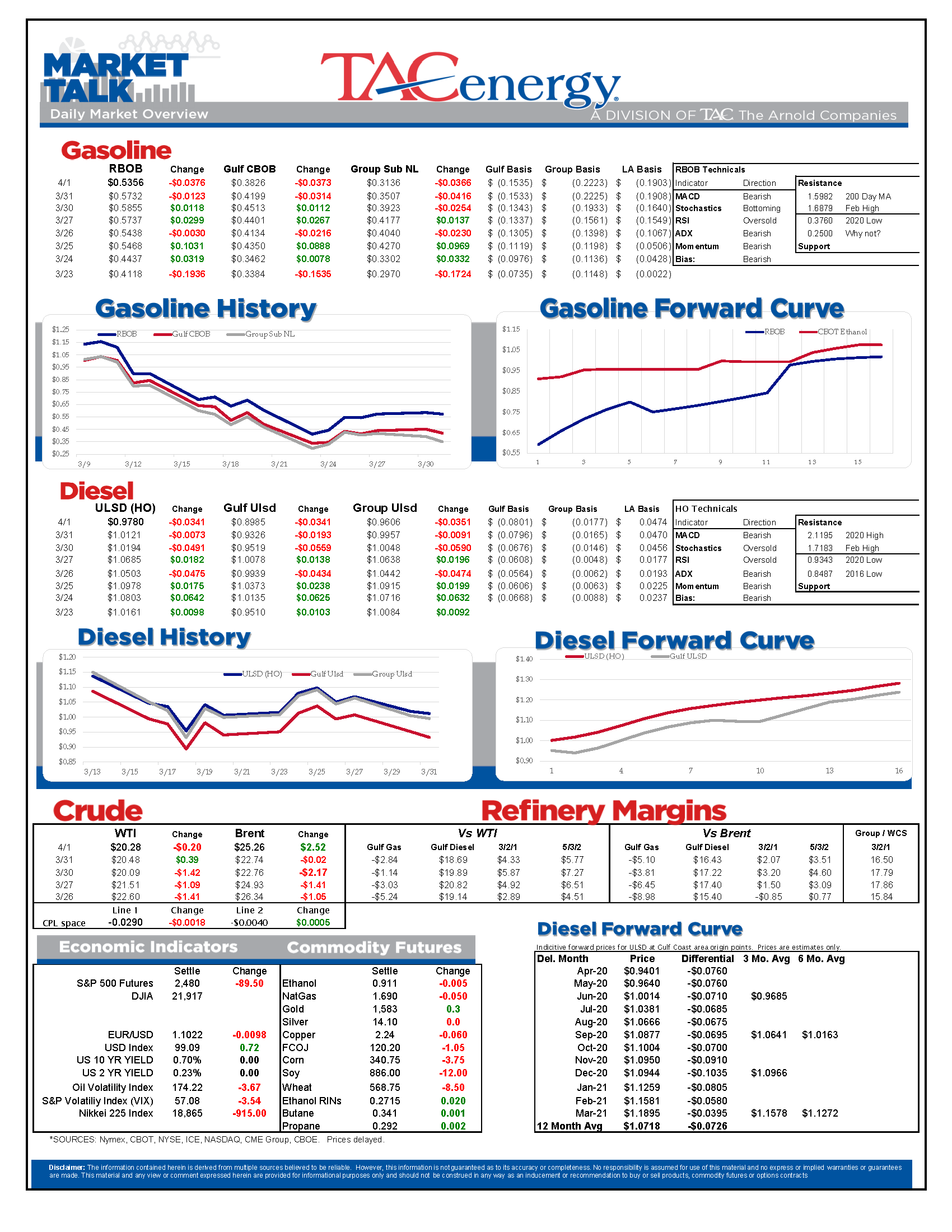 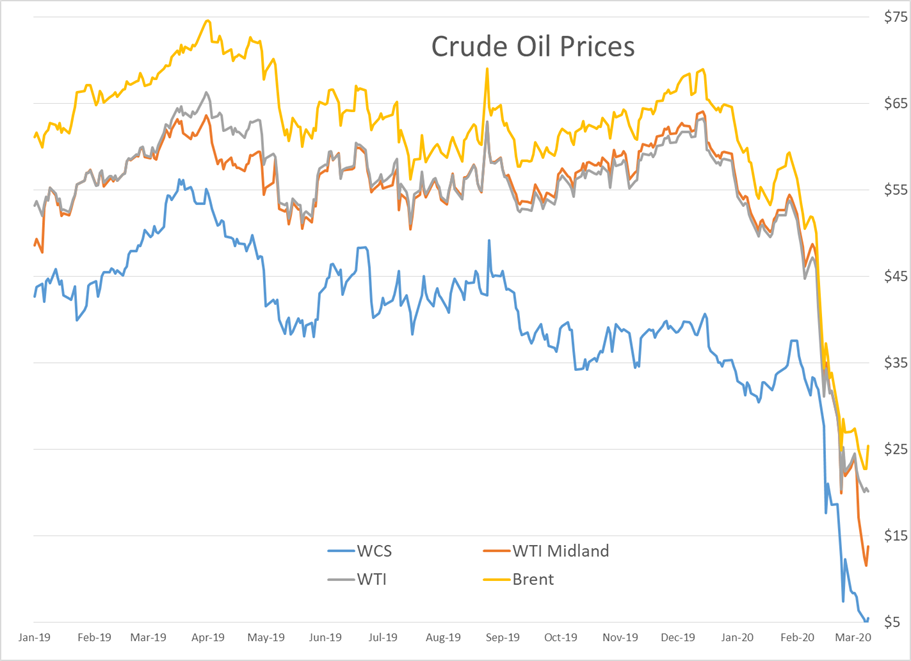