Most of the petroleum complex is selling off Monday morning, reversing course after a strong Friday finish and overnight gains had pushed prices to their highs of the year so far and set the stage for a big move higher. It’s not clear what’s driving the reversal sell-off this morning, but it could simply be that fears over sanctions and a rash of refinery problems had pushed prices too high too fast.

After a week filled with numerous refinery issues – most due to the extreme cold temperatures – a pair of refinery fires Sunday (one in Toledo OH and the other in Delaware City DE, both happen to be PBF plants) gave gasoline prices more reason to continue their run.

March RBOB futures spiked nearly a nickel when trading started Sunday night, marking an 11 cent increase since Friday morning, but have since given back all of their overnight gains. It’s always a challenge determining what type of a market impact unplanned refinery issues will have, but based on the price reaction so far, it doesn’t seem like either of the weekend fires will create long-term disruptions.

There is still a great deal of consternation about Citgo’s outlook in the short & long term. The Treasury issued notes on Friday clarifying the sanction rules for US-based bondholders of Citgo’s debt, and for purchasers of PDVSA crude (of which Citgo is one of the largest). Long story short, US companies can continue buying Venezuelan crude for 3 more months, as long as the funds go into blocked accounts.

Citgo meanwhile is denying claims that it’s considering bankruptcy in order to continue operating in the US, and by some accounts may soon find itself flush with cash since the funds it generates in the US are not able to be repatriated to Venezuela.

The CFTC announced last week that it would publish 2 Commitments of Traders reports each week to catch up from the time missed during the government shutdown. So, last Friday’s COT report showed data from the week of Christmas and we won’t get current reports for another few weeks. The ICE COT reports continue to be published however, and speculators continue to return to the oil market with net length held by money managers increasing for a 4th straight week.

Baker Hughes reported a decline of 15 oil rigs last week, bringing the US total rig count to its lowest level since last May. Texas and Oklahoma accounted for about half of the decline nationwide. 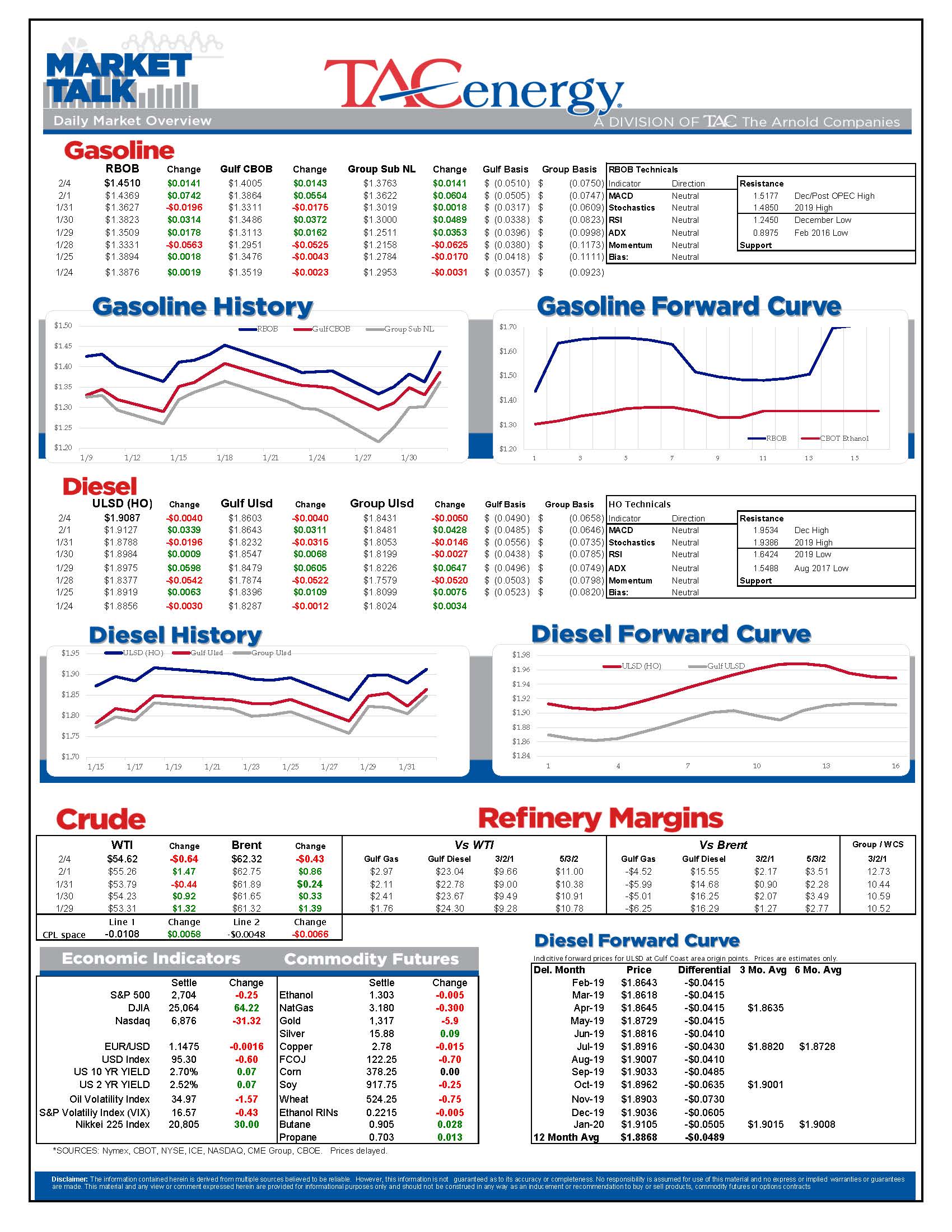 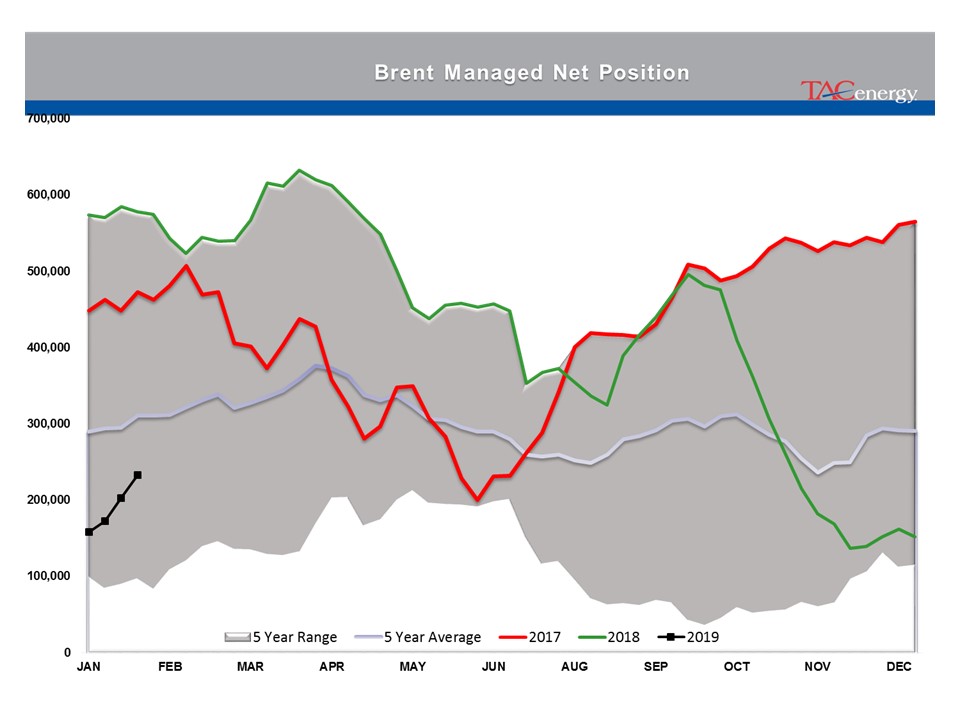 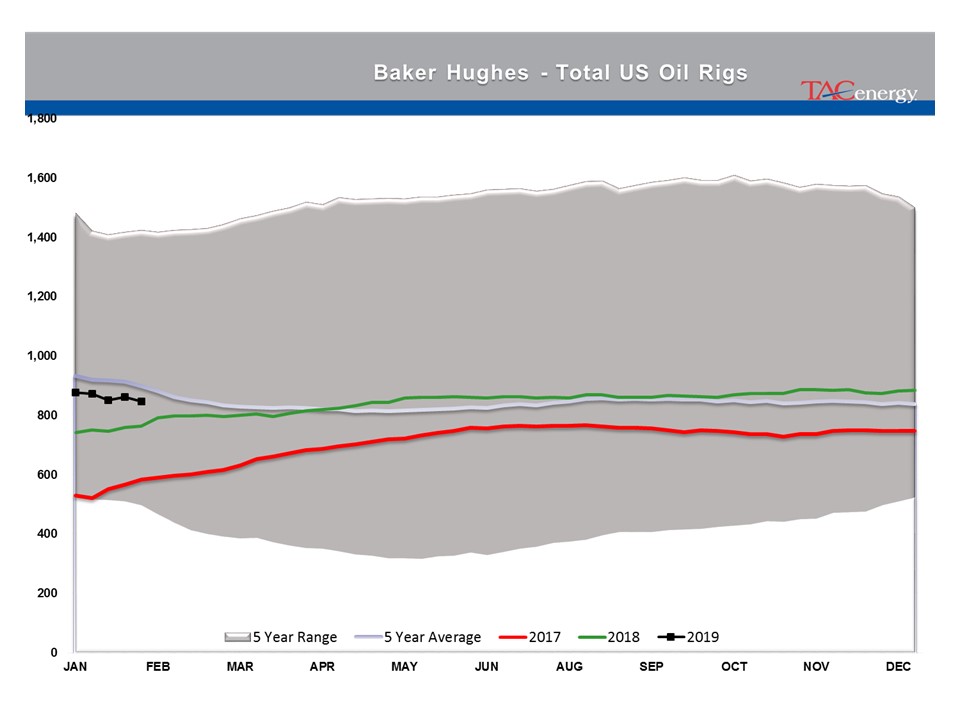